The price of gasoline is 0.7% more expensive this week and that of diesel falls 0.4% 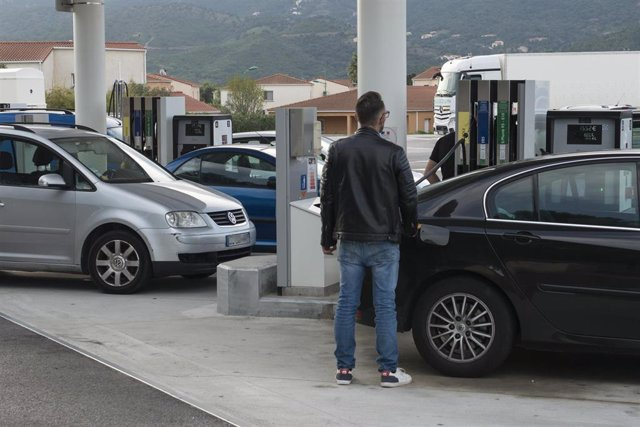 The price of gasoline in Spain has become more expensive this week by almost 0.7% compared to last week, while that of diesel has fallen by 0.4%, thus reducing the gap between the two fuels to 19 cents in favor from the last batch.

Specifically, the average price of a liter of gasoline has fallen this week by 0.68%, to 1.771 euros, according to data from the European Union Oil Bulletin collected by Europa Press.

With these price levels, both fuels remain far from the highs they reached this summer, when in July gasoline reached 2,141 euros and diesel 2.1 euros.

Likewise, gasoline remains below the levels prior to the entry into force of the aid of 20 cents per liter approved by the Government at the end of March -1,818 euros per liter-, although in the case of diesel it exceeds that level - 1,837 euros-.

In addition, the average price of a liter of diesel in Spain remains above that of gasoline for the thirteenth consecutive week, with a gap that in any case this week has been cut to just over 19 cents.

This average amount of both fuels includes taxes, but does not reflect the discount that came into force since last April 1 of at least 20 cents per liter, since there are higher discounts, depending on the oil company and the promotions to customers. loyal.

Counting on this subsidy, the price of a liter of gasoline would be 1,571 euros, while that of diesel would be 1,763 euros, in both cases clearly lower than those marked at the end of March, before the entry into force of the aid.

The Government is rethinking whether to maintain or eliminate this bonus, given its high cost and its lack of progressivity, as the first vice president, Nadia Calviño, has pointed out.

Compared to the same week a year ago, collecting the subsidy, the price of a liter of gasoline is 4% more expensive than a year ago, while in the case of diesel the price is 27% higher.

These figures are recorded in an environment of high crude oil prices in the current context, marked by the war in Ukraine. Thus, this Thursday the barrel of Brent, a reference in Europe, was trading at almost 93 dollars, while the American Texas was exchanged at around 85 dollars.

The price of fuel depends on multiple factors, such as its specific price (independent of oil), the evolution of crude oil, taxes, the cost of raw materials and logistics, and gross margins. In addition, the evolution in the price of crude oil is not transferred directly to fuel prices, but rather with a time lag.

With these levels, the price of unleaded gasoline of 95% remains in Spain below the average of the European Union, located at 1,810 euros per liter, and of the eurozone, with an average price of 1,869 euros.

In the case of diesel, the price in Spain is lower than the EU average, which is 1,939 euros, and also that of the euro zone, with a price of 1,963 euros. 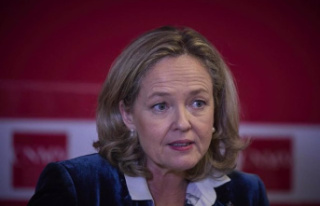 Calviño wants to reinforce the progressivity of all...