The PSOE proposes a line of 1,400 million to finance industrial transition projects

In its amendments to the Budgets, it also proposes to increase the financing of the Tax Agency in view of its new tasks. 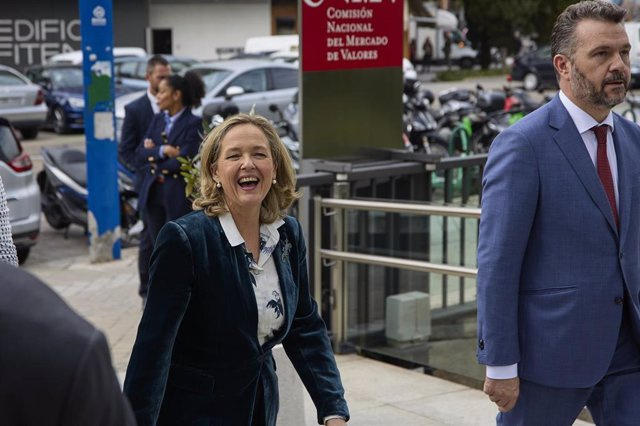 In its amendments to the Budgets, it also proposes to increase the financing of the Tax Agency in view of its new tasks

The PSOE wants to include in the General State Budgets (PGE) of 2023 a program of 1,400 million euros destined to finance strategic projects for the industrial transition, within the framework of Component 12 of the Recovery, Transformation and Resilience Plan.

This is reflected in one of the amendments that the Socialist Group has registered in Congress to the General State Budget project for 2023, to which Europa Press has had access.

According to milestone 184 of the Council Execution Decision agreed within the European Union, a concession by the Ministry of Industry of at least 1,200 million euros is specifically indicated for at least 78 transformative projects, including those related with Perte approved (minimum three), which involve a substantial transformation of the industry in terms of energy efficiency, sustainability and digital transformation.

"With the proposed amendment, coherence is sought between the nature of the actions to be financed according to the design of the Recovery, Transformation and Resilience Plan in this line, investment and particular components, and its framing in the budgetary policy as a whole", defends the PSOE.

In another amendment, the PSOE also proposes to give financial support to the new State Society for Microelectronics and Semiconductors with the idea that the Secretary of State for Telecommunications and Digital Infrastructures provide a loan of a maximum endowment of 800 million euros at an interest rate Zero and no guarantees.

The State Society of Microelectronics and Semiconductors is a business group belonging to the Society of Industrial Participations (SEPI). The Ministry of Economic Affairs and Digital Transformation will regulate by resolution the conditions, criteria and control procedures that it must establish for the granting of the corresponding participating loans.

The majority shareholder of the Government indicates that through these resources the development of the design and production capacities of the microelectronics and semiconductor industry in Spain would be promoted, during the 2023 financial year, as part of the 'Digital Spain 2026' strategy.

The governance of the Perte chip falls to an interministerial working group, whose role in promoting and coordinating the actions falls to the Special Commissioner for the Microelectronics and Semiconductors Project, which is implemented through the previously mentioned state company.

The Socialist Group defines the Perte Chip as a strategic initiative that seeks to develop design and production capabilities of the microelectronics and semiconductor industry in Spain in such a way as to generate "an important multiplier effect not only in the technological sectors, but in the whole of the Spanish economy".

In another of its proposals, the PSOE proposes to reinforce the control systems to avoid conflicts of interest in the execution of the Resilience Plan and the distribution of European funds, following the recommendations of the European Parliament.

Thus, it adds a new provision to apply the "systematic and automated analysis of the risk of conflict of interest" to all public employees and other personnel at the service of decision-making, executing and instrumental entities that participate, individually or through their membership in collegiate bodies, in the procedures described for awarding contracts or granting subsidies.

And all those involved must sign declarations of absence of conflict of interest (DACI) in the contracting or grant award procedures, details the proposal.

On the other hand, the socialist formation proposes in another partial amendment that the real estate assets of the Social Security can also attend, on time, other purposes of public utility entrusted to other public administrations.

"It is timely to provide that, without losing its primary purpose, the real estate assets of the Social Security can also attend, on time, other purposes of public utility entrusted to other public administrations".

In its proposal, the group admits that the real estate assets of the Social Security can be assigned to other public administrations for the fulfillment of purposes of public utility, but emphasizing that the Social Security would maintain ownership over them in any case.

The regulatory amendment provides that the Minister of Inclusion, Social Security and Migration may authorize the change of destination of assets assigned to other administrations, provided that, consistent with the objective of this reform, they are to be used for a useful purpose. public.

With regard to other amendments, the PSOE also proposes the reduction of Social Security contributions for companies in Cuenca, Soria and Teruel, as they are classified as sparsely populated.

The Socialist Group has also registered an amendment to correct the "insufficiency of the Budget" in relation to the financing of the Tax Agency.

The PSOE maintains that the activity of the Tax Agency has intensified in recent times because, in addition to carrying out its own actions to achieve its objectives, it is largely responsible for processing the aid and social measures approved by the Government in the current economic context.

"With what is necessary that the insufficiency of the Budget approved by the General Courts be corrected as soon as possible in time, in order that this financing deficit does not negatively influence the development of the activity of the Tax Agency", has defended the training. 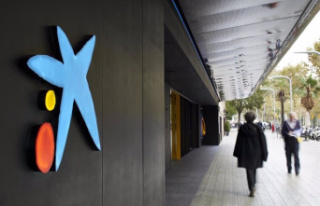 The big bank closes 1,200 offices and cuts its workforce...