The PwC Economic Consensus cuts its forecasts for Spain in 2023 by almost two points, to 1.1%

Improves the inflation forecast for 2022 from 6. 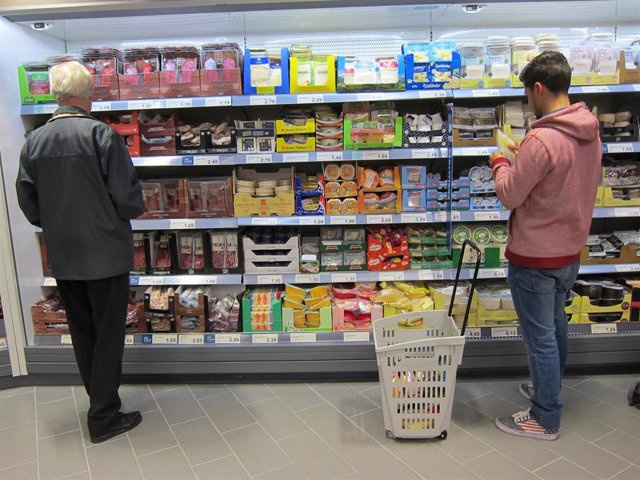 Experts and directors of the PwC Economic and Business Consensus have cut their growth forecasts for the Spanish Gross Domestic Product (GDP) this year by one tenth, to 3.9%, and have lowered their estimates for 2023 by almost two points, from the 3% to 1.1%.

This follows from the latest report of the Economic and Business Consensus of PwC, corresponding to the fourth quarter of the year, in which the experts and managers worsen their opinion on the evolution of the activity in Spain a year ahead.

51.3% of experts describe the current situation of the Spanish economy as regular, and their positions become more pessimistic when asked about the first quarter of next year, since 71.8% assure that it will get worse.

For this reason, the panelists have significantly cut their growth forecasts for the Gross Domestic Product for 2023 from 3% to 1.1%, placing them below the forecasts of the Bank of Spain (1.4%), the International Monetary Fund ( 1.2%) and the Government itself )2.1%).

The slowdown in economic activity will be given, according to the report, by the fall in demand from families, both for consumption and, especially, for home purchases. 59.3% of the panelists assure that the economic situation of families is regular and 70.3% foresee that it will get worse in the first quarter of next year.

In fact, 74.6% expect consumption to decrease in the next six months, and 85.6% expect the same thing to happen with house purchases, probably due to the rise in interest rates and the increase in the cost of mortgages.

As for companies, their economic and financial situation is rated as regular by 70.1% of the experts and managers surveyed, who also expect it to deteriorate in the short term. Looking ahead to the next six months, 67.8% foresee a decrease in productive investment by companies and 75.4% in job creation.

However, their better relative situation compared to that of families is based on the evolution of exports. In this sense, 47.5% of experts affirm that they will remain stable, at least, until mid-2023, a situation that is benefiting from the depreciation of the euro against the dollar.

Inflationary tensions are beginning to subside and the percentage of experts who consider that their companies or those in their sector of activity will continue to increase prices in the coming months falls -from 63.4% to 58.4%-, mainly due to the increase in other costs, beyond wages. On their side, those who think they will keep them stable as a result, in this case, of the stagnation in demand, increase by five points, to 40.6%.

All this translates into an improvement in the inflation forecast for 2022, compared to the previous consensus, from 6.6% to 5.5%, and estimates that place price growth in June 2023 at 4%.

In the case of the eurozone, 64.4% of the experts consider that we are in an inflationary context not seen since the 1970s, which transcends the work of the European Central Bank (ECB), and they ask that measures be accelerated within the European Union.

In addition, 52.9% warn that the ECB would have to adjust the increases in interest rates to the evolution of the economic situation and only 25.2% believe that it should accelerate the tightening of monetary policy, given the negative evolution of core inflation and due to the greater risks of second-round effects.

In the short term, 49.1% of the panelists expect prices in the euro zone to remain at high levels, around 6%, considering that the resolution of the energy crisis will take years, although 37.1% do not rules out that the economic recession could lead to a greater slowdown.

Regarding the type of actions that could be carried out to combat inflation, the panelists -85.7%-, are committed to structural reforms and supply policies that promote innovation and productivity, and advocate -64.7% - for promoting dialogue with companies to find out what measures can help reduce their exposure to the general rise in production costs.

Experts do not have a clear opinion on what would be the evolution of prices in Europe in a scenario marked by the end of the war in Ukraine. 39.8% believe that there will be a new phase marked by geopolitical tensions and trade wars; 31.4% expect them to remain the same given the moderation of the process of economic globalization and transition, and an identical percentage that structural reforms, the success of monetary and fiscal policy, digitization and energy efficiency favor the control of prices. Of course, only 11% believe that, once the war is over, inflation will return to the path prior to the pandemic.

As for Spain, 71% of the experts, managers and businessmen interviewed consider that it is still too early to know if the increase in inflation will acquire a greater structural nature. And when asked about the factors that most concern them regarding the future evolution of the CPI, they highlight, firstly, the increase in energy prices and, secondly, the rise in wage costs.

Regarding the effect that the 2023 General Budgets may have on the evolution of prices, 68.1% believe that the rise in tax pressure and social contributions add new costs to companies and, consequently, to the inflation. And 73.3% miss that the public accounts are not accompanied by a fiscal consolidation plan.

1 Confemetal warns that the PGE are based on "excessively... 2 The Treasury closes the November issues next week... 3 Indra's acquisitions contribute more than 30... 4 Endesa submits this Thursday to its shareholders to... 5 The opposition amendments to the General Budgets begin... 6 GasHogar (Grupo Visalia) and Shell Energy Europe close... 7 BBVA pays a fine of 48,000 euros to the Data Protection... 8 The National Court suspends fines of 61 million from... 9 Increasing investment in care services would create... 10 United We Can demands more measures from the Government... 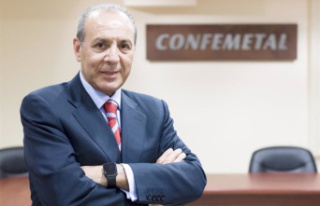 Confemetal warns that the PGE are based on "excessively...