The real Francos are back!

Finally ! We had been waiting for the return of the real Francos to downtown Montreal for three years. 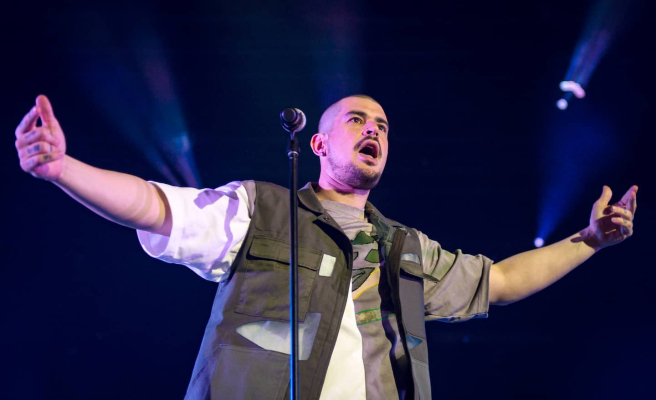 Finally ! We had been waiting for the return of the real Francos to downtown Montreal for three years. And we weren't disappointed. Rarely have we seen the Quartier des Spectacles so full for this festival which was visibly missed by the public.

• To read also: 7 concerts to see at the Francos!

• To read also: “Life is a crazy tale”: Lynda Lemay at her best

• To read also: Lynda Lemay on tour: “We put ourselves in danger every night”

It was barely 7 p.m. that Sainte-Catherine Street and the terraces were overflowing this Friday evening. From our memories of the pre-pandemic era, the Francos kickoff had never been so popular. We even thought we were more at the Jazz Festival as there were people everywhere. There is no denying it, two summers without a festival, it seems!

When Koriass came to the main stage of the Place des Festivals, two hours later, it was a tide of spectators who welcomed him. All the elements were there for a great evening: a Friday night, great weather, and a much-loved rapper.

Arriving on stage with his sunglasses, Koriass premiered his most recent album Abri de fortune (for the end of the world), released last April.

"Thank you to the Francos for giving me the task of opening on the big stage," he said. For this special evening, Korey Hart, by his other nickname, had planned a concert for the less generous of 24 titles.

Accompanied in particular by brass instruments and choristers, the rapper delivered a frenzied performance, as if he had always played on the big Francos stage. It must be said that it was his fourth career show on this huge platform. Impressive !

Among his guests, Koriass received Safia Nolin. Together, they paid a very nice tribute to Karim Ouellet by resuming his song Marie-Jo. A touching moment.

At the time of this writing, Koriass and Imposs offer a hard-hitting duo on Special Effects.

A little earlier in the evening, Luc De Larochellière took the spectators who came to see him on the Loto-Québec floor on a journey through time.

As he had started to do a few years ago, the singer wanted to celebrate the 30th anniversary of his album Save my soul.

This concert today, however, almost did not take place. A few days ago, the songwriter had a big scare.

“I must tell you that I am in mourning … Monday night, my gallbladder left me for a better world, he confided to the crowd at the start of the game. with a few holes in my stomach I'm here to bring you this show. But I'm here ! »

Since the duration of his album Save my soul does not fill the time slot that the Francos had entrusted to him, De Larochellière decided to open his show with half of his first album, Amère America.

Before we had to leave to see Koriass, we were able to hear the first four tracks of Save my soul, including the timeless title track.

As soon as Luc and his choristers – the same as at the time – launched Save my soul, cries rang out in the audience. Everyone was smiling and swaying their hips.

We can't say it enough how much we love the symphonic lawn parterre through all the surrounding concrete of the Quartier des Spectacles.

1 North Korea appoints a woman to head its diplomacy 2 Pentagon chief slams Beijing's 'destabilizing'... 3 CAQ review: the game plan has been reviewed for 4-year-old... 4 CAQ review: the victory of the third way 5 Montréal tout-terrain: unicorns and kitties for BIXI 6 CAQ report: promises kept for the wallets of Quebecers 7 Buy local: Costco has an appetite for local products 8 After 4 years of CAQ: a “neutral” assessment in... 9 Grocery: the deals of the week 10 CAQ review: the slow mammoth of health 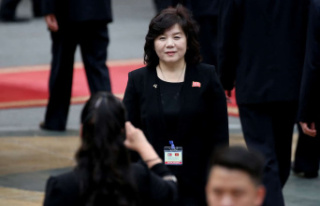 North Korea appoints a woman to head its diplomacy