The filming of the brand new part of Tales for All, “Coco Ferme”, ends in a few hours in Estrie, and on the set reigns this spirit of frank camaraderie and summer camp that has emanated throughout. 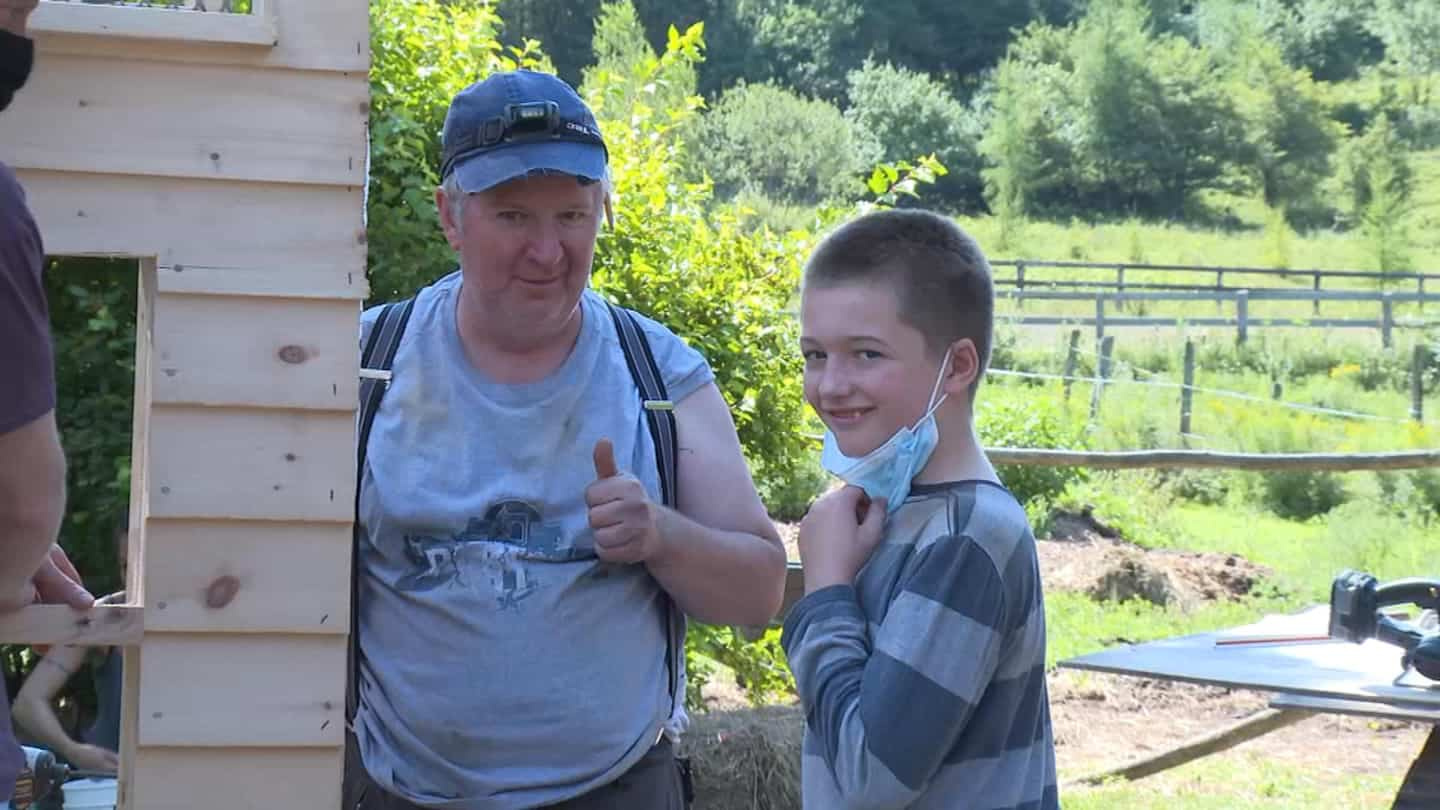 The filming of the brand new part of Tales for All, “Coco Ferme”, ends in a few hours in Estrie, and on the set reigns this spirit of frank camaraderie and summer camp that has emanated throughout.

• To read also: The filming of the Tale for all “Coco ferme” gets underway

The new film from Productions La Fête, which only benefited from about twenty days of filming, is the first – of a series of three – to be brought to the screen since the production company, founded by Roch Demers in 1980, passed into the hands of Dominic James, who scripted and co-produced, with Attraction and Quebecor Content, the feature film. The latter also ensures that it was produced in the pure tradition of Tales for All and that it will be aimed at everyone and not just young people.

Being himself surrounded by farmers and market gardeners since moving to the Estrie municipality of Frelighsburg in 2015, the author told Agence QMI in an interview that the inspiration for "Coco Ferme" came to him from the movement of return to the land, of the peasant revolution and of these breeders who have the well-being of their animals at heart.

Upon receiving the invitation to take part in the film, Benoît Brière was afraid that he would not be able to take part in it due to his busy theatrical schedule – he has around 48 performances of “Broue” left by mid- december. Eventually, after procrastinating and tamping this left, tamping this right, the schedules finally lined up. “And by chance,” exclaimed the comedian. Reading the script, once the puzzle was completed, "we should not have missed it," he added. "It's a magnificent script by Dominic James, touching, funny and my character is a golden role", he then underlined.

With a few nods to "Tirelire, Combines et Cie", "Coco Ferme" tells the story of Max (Oscar Desgagnés), a young city dweller who, to his great dismay, has to move to the countryside. Seeing the hens in the barn of his cousin Charles (Joey Bélanger), he sees an opportunity to go into business. The two acolytes join forces with those of Alice (Emma Bao Linh Tourné), who is skilled with social networks, and embark on the creation of a farm of 500 laying hens.

Always with a beer in hand, Raymond, known as Tite-bière, the character played by Benoît Brière – who is moreover inspired by a real resident of Frelighsburg, very close to Dominic James –, will be one of the first, with his old "truck" Ginette, to help the children start their company of happy hens. "His life will completely change thanks to these young people," warned the actor who also gets along very well with his playing partners.

“They are excessively lit and nice young people! I have a lot of fun with them and, as I have about the same mental age, I get along very well with my friends, ”laughed the experienced comedian.

Having lost everything when a food giant arrived in the village, Raymond, who once ran a butcher's shop, sees in these young people a glimmer of hope. “There are some beautifully moving scenes and there are some pretty funny scenes. We walk in many registers and it's really an incredible gift for me", he added, specifying that this film was for him an opportunity to pay tribute to the director André Melançon ("La Guerre des tuques", “Bach et Bottine”), with whom he worked on “Cher Olivier”, at the end of the 1990s.

During filming, up to 300 hens went onto the set at the same time.

“It was a total fiasco, but the young people “trip” with the hens. There were a lot of funny moments and it created a certain magic on the screen, ”said Dominic James, while the hens cackled on the other end of the line.

The release of "Coco Ferme", directed by Sébastien Gagné, is scheduled for 2023.

Nothing surrounding the music of the film and its theme song has yet been unveiled for the moment, but the author assured that, like the other parts of Tales for All, it would occupy a place very important.

The creators also have a lot of ideas about the Quebec artists who could and want to see participate in the project, said Dominic James.

1 An old school is about to be sold in Saint-Ambroise 2 Pelosi in Taiwan: Beijing summons US ambassador to... 3 The first Quebecer at the top of K2 recounts her feat 4 One in ten drugs at risk in Osheaga 5 CN fraud: Guilty of making false invoices 6 NFL: one less weapon for Russell Wilson 7 ÎLE SONIQ: artists not to be missed 8 Dentist guilty of killing his wife on safari 9 Russian invasion in Ukraine: Canadian embassy employees... 10 Organizations overwhelmed by donations in Trois-Rivières 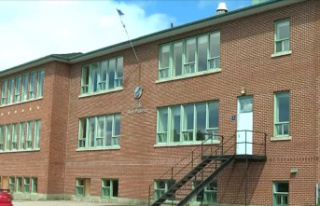 An old school is about to be sold in Saint-Ambroise