It will benefit the most vulnerable families and the middle classes. 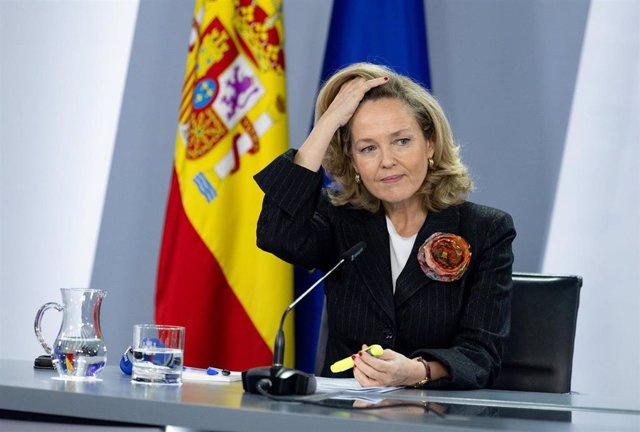 It will benefit the most vulnerable families and the middle classes

The Royal Decree-law to alleviate the mortgage burden of more than a million vulnerable families or at risk of vulnerability due to the rise in the Euribor will come into force this Thursday after its publication yesterday in the Official State Gazette (BOE).

This package of measures is the result of negotiations between the Government, the banking employers (AEB, CECA and UNACC) and the Bank of Spain and its objective is to reduce the mortgage burden on households effectively and have more certainty in its level of spending in the medium and long term, being able to choose the measure that best suits your needs and financial situation.

Specifically, the regulation acts in three ways: improving the treatment of vulnerable families, opening a new framework of temporary action for families at risk of vulnerability due to the rise in rates and adopting improvements, of a general nature, to facilitate early repayment of credits and the conversion of fixed-rate mortgages.

For vulnerable mortgage debtors (with incomes of less than 25,200 euros per year, three times the IPREM) the Code of Good Practices approved in 2012 will be expanded and strengthened, so that they can restructure the mortgage loan with a reduction in the interest rate during the grace period of 5 years (up to Euribor -0.10% from the current Euribor 0.25). Likewise, the term to request the dation in payment of the house will be extended to 2 years, the possibility of a second restructuring is contemplated, if necessary, and the term to be able to request the social rent is extended from six to twelve months.

Households with an income of less than 25,200 euros per year that dedicate more than 50% of their monthly income to paying the mortgage but that do not meet the current criteria of a 50% increase in the mortgage effort may benefit from the Code with a grace period of 2 years, a lower interest rate during the grace period and an extension of the mortgage term by up to 7 years.

The standard guarantees the safeguarding and maintenance of the conditions in the case of assignment of credits to a third party, such as an investment fund.

On the other hand, a new Code of Good Practices is proposed to provide relief to middle-class debtors at risk of vulnerability due to the increase in the mortgage payment, facilitating a more gradual adaptation for families to the new interest rate environment.

Households with an income of less than 29,400 euros per year (three and a half times the IPREM) and mortgages subscribed until December 31, 2022 that have a mortgage burden of more than 30% of their income and that has risen, to the less, 20%.

Financial institutions must offer all these cases the possibility of freezing the installment for 12 months, a lower interest rate on the deferred principal and an extension of the loan term up to 7 years.

Economy sources detailed that these Codes are a preventive framework that encompasses a million and a half households that currently have a mortgage and an income of less than 3.5 times the IPREM, but it does not mean that all these people meet all the requirements of accession. Calculations indicate that the expansion of the Code of Good Practices could protect 300,000 families and that the new Code would protect another 700,000.

With the aim of encouraging fixed-rate mortgages, the total elimination of commissions has also been approved to facilitate the change from variable to fixed rate during 2023. For variable-rate loans, commissions for early repayment are also eliminated during the next year.

After that, the cost of converting a variable rate mortgage to a fixed rate one will be permanently reduced, from 0.15% to 0.05%.

On the other hand, the Bank of Spain has been commissioned to draw up a guide for mortgage debtors in difficulties, increasing the information so that debtors can make an appropriate decision in the current environment.

A period of one month has been established for the different financial entities to join these measures and the objective is for them to be in force as of January 1, 2023.

The Government has established some mechanisms to verify that the entities that join these good practices comply with them. In this sense, the Financial Client Defense Authority, whose creation is now beginning its parliamentary process, will have powers to resolve conflicts of good practices and sanctioning capacity when its resolutions are not complied with.

But, in addition to this Authority, the Code of Good Practices itself provides for a specific control commission to monitor compliance with these measures.

One of the concerns of banks is having to provision part of the credits because they are considered doubtful loans, as established in the Code of Good Practices. On the possibility of alleviating the burden on financial institutions, Economy sources pointed out that, once the Code is implemented and its effective use is observed, the impact it has in terms of financial relief will be seen. In addition, they stressed that the measures for the middle classes will not imply any element of direct reclassification of credits as delinquent or doubtful.

For the middle classes that take advantage of the new Code, the fee would be 362 euros in the first year of freezing, which means a reduction of 31%.

1 The US celebrates the most expensive Thanksgiving... 2 Faes Farma will pay a dividend of 0.037 euros on January... 3 The price of electricity shoots up this Thursday by... 4 The EU seeks this Thursday an agreement on the gas... 5 Atresmedia will pay an interim dividend of 0.18 euros... 6 Asempleo warns about youth unemployment: one in five... 7 Hotels reach 30 million overnight stays in October 8 STATEMENT: Repara tu Deuda Abogados cancels €22,570... 9 RELEASE: Clínica Sanzmar, dental clinic in Madrid,... 10 RELEASE: Up to -70% pharmacy and parapharmacy discounts... 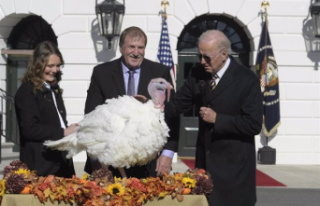 The US celebrates the most expensive Thanksgiving...