The showdown gets tougher between the school network and the carriers

The showdown is getting tougher between the education network and school carriers who refuse to renew their contract for the start of the school year if Quebec does not increase its funding. 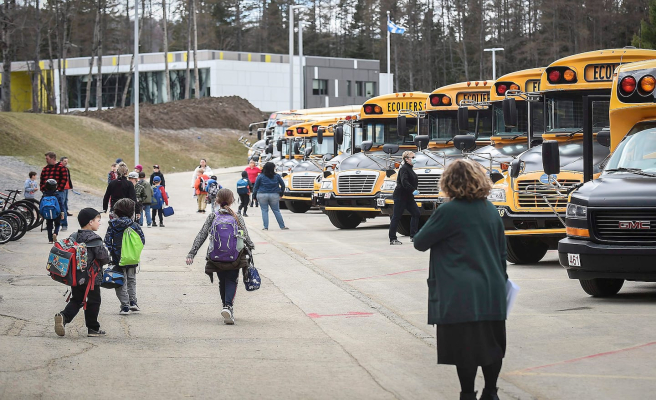 The showdown is getting tougher between the education network and school carriers who refuse to renew their contract for the start of the school year if Quebec does not increase its funding. At least one complaint has been filed with the Permanent Anti-Corruption Unit (UPAC), Le Journal has learned.

• Read also: Students could be deprived of school transport at the start of the school year

• To read also: [IN VIDEO] A tragedy narrowly avoided near a school bus

According to our information, at least one school service center has filed a complaint in recent days to denounce “restrictive business practices that could harm healthy competition”. Others are seriously considering doing so soon.

These school service centers have the impression that transporters are working together to artificially inflate transport costs in the current context, it is explained.

In one case, we even speak of “threats and intimidation” in the context of the renewal or the granting of contracts, we explained to the Journal.

Contracts to be renewed

This year, more than 60% of school transportation contracts expire at the end of June and must be renewed for a period of several years.

School carriers consider that the amounts granted by Quebec to school service centers are not sufficient to offset the increase in costs in their sector. Under these conditions, companies refuse to renew their contract.

If the impasse is not resolved, thousands of students could be deprived of school transport at the start of the school year, Le Journal reported in early June. In the school network, the fears are very real. "I don't currently see how we could come to anything else in September," drops a source.

It is important to pay “a fair price” for school transport otherwise student services could suffer, it is also argued.

The Federation of school service centers indicates for its part that Quebec has recently “substantially improved” its offer to school carriers, by extending an additional $ 40 million. The total envelope related to yellow buses has now reached $835 million, an increase of 25% since 2017-2018, according to the Federation.

"We think that the current conditions are favorable to reach an agreement," says its vice-president, Dominique Robert. “Despite these new offers, we see that there is still an impasse and that some carriers refuse to continue discussions. These are elements that are worrying, ”he adds.

At the Federation of School Carriers, we recognize that the government offer has been improved. "But we are still far from the necessary reinvestment," says its president, Luc Lafrance.

The addition of $40 million seems high at first glance, but this sum must be shared among 600 carriers who operate 8,000 buses, which is still very little, he argues.

The increase offered by Quebec linked to the indexation of costs amounts to 8%, and not 25%, since the overall envelope includes sums that do not go directly to carriers, according to Mr. Lafrance.

The latter affirms, however, that no watchword has been given to the carriers in connection with the negotiations taking place locally in the school network.

“I wouldn’t believe there are questionable practices. Each company is free to submit its requests and whether or not to sign the proposals according to its needs,” he says.

For its part, the office of the Minister of Education, Jean-François Roberge, preferred not to comment on this file.

1 The guardian angels are ready 2 Dangerous medical trips: traveling for surgery faster 3 Amazon becomes title sponsor of the Canadian Grand... 4 RFAQ: participating in economic growth 5 Dangerous medical trips: not the patience to wait... 6 Monkey pox: the spread could be accelerating 7 Ukrainian army says it was driven out of central Severodonetsk 8 European leaders in Israel to discuss energy and Ukraine 9 Today's weather: sunny start to the week in southern... 10 Four dead and one missing in floods in central Turkey 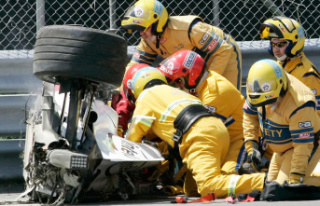 The guardian angels are ready