The tax on banks, energy companies and large fortunes passes its last stage in Congress 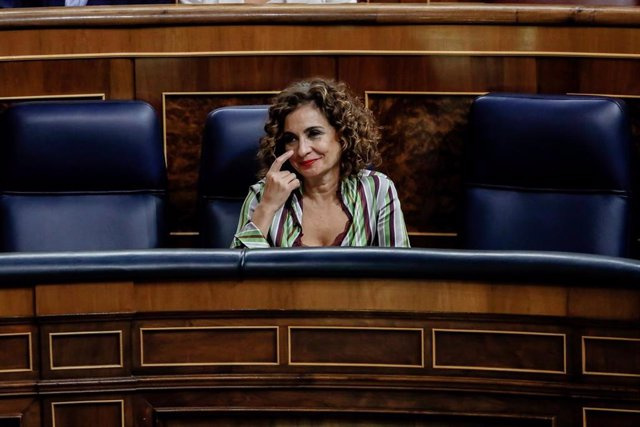 The bill to introduce new taxes on energy companies and banks, in which PSOE and Unidas Podemos added the tax on large fortunes via amendment, faces its final stretch in Congress this Thursday with debate and voting in plenary.

Once the plenary session of the General State Budgets has concluded, a new plenary session will begin to, among other matters, debate that law and send it to the Senate.

Over the last few weeks, the bill has undergone different modifications with respect to the original wording. One of the main changes has occurred around the 4.8% tax on bank interest and commissions, since an amendment to the PNV was included so that the tax affects the activity carried out by banks in Spain.

With this change, the nationality of the banks was not specified, so the PSOE and Unidas Podemos no longer saw it necessary to include in the articles an express mention of foreign entities that carry out their activity in our country, especially when in the explanatory statement if it is made clear that foreign banks with business in Spain are also affected by the tax, according to parliamentary sources consulted by Europa Press.

Moreover, in the justification for its amendment, the PNV already explained that its proposal aims to clarify the territorial scope of application of the new tax, "both by Spanish and foreign entities", thus excluding interest and commissions obtained in other jurisdictions. .

With regard to the energy tax, the committee agreed that income derived from regulated activities would be excluded from the billing subject to the tax. In this way, the original text was modified so that the tax does not affect those revenues where the supply is at a regulated price, as is the case of the PVPC for electricity, the rate of last resort (TUR) for gas, bottled LPG and piped LPG.

In addition, the exemption includes regulated income from the electricity and natural gas transmission and distribution networks and, in the case of generation with regulated remuneration and additional remuneration in non-peninsular territories, all income from the facilities, including they receive from the market and the economic dispatch, respectively.

At the same time, another transactional amendment was included so that the tax is applied only to the activity that companies in the sector carry out in Spain.

On the other hand, the text will reach the plenary session with the agreements reached between EH Bildu, PSOE and Podemos, who agreed that at the end of 2024, when the new banking and energy taxes expire, an evaluation of their application will be made and the possibility of making them permanent is studied, as well as for the Basque and Navarrese foral estates to manage these new taxes.

In the final text, the amendment creating the tax on large fortunes is already incorporated into the law, which will tax those assets greater than three million euros so that they cannot be exempted by the bonuses of regional governments.

In addition, for the determination of the tax base of this tax, the rules contained in the wealth tax law will be applicable, so that a reduction is included for the exempt minimum of 700,000 euros.

1 UGT rejects the gas cap proposed by Brussels for being... 2 The Royal Decree on relief measures for families with... 3 The US celebrates the most expensive Thanksgiving... 4 Faes Farma will pay a dividend of 0.037 euros on January... 5 The price of electricity shoots up this Thursday by... 6 The EU seeks this Thursday an agreement on the gas... 7 Atresmedia will pay an interim dividend of 0.18 euros... 8 Asempleo warns about youth unemployment: one in five... 9 Hotels reach 30 million overnight stays in October 10 STATEMENT: Repara tu Deuda Abogados cancels €22,570... 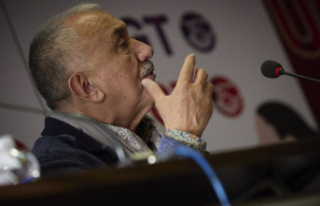 UGT rejects the gas cap proposed by Brussels for being...