The taxation of vehicles in Spain is "one of the worst in Europe", according to T

Spain ranks 23rd out of 31 European countries in terms of adoption of battery electric vehicles. 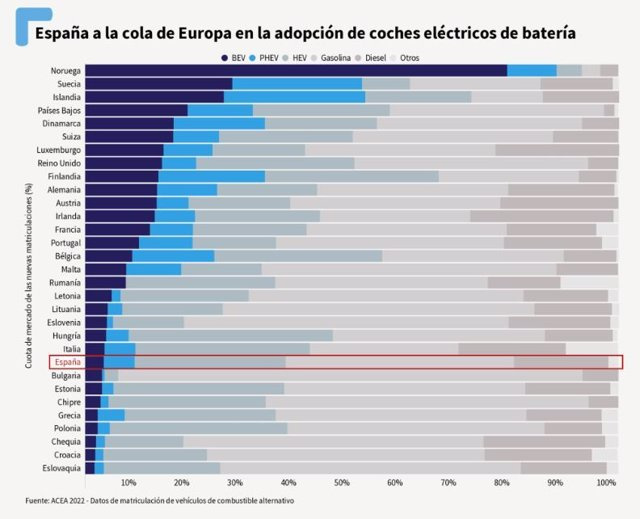 Thus, the study reveals that Spain occupies the last position among the European countries analyzed in terms of income from vehicle and fuel taxation.

"This inadequate taxation of automobiles explains the gap between the objective of five million electric vehicles by 2030 and the current volume (...) circulating in the country, which barely exceeds 200,000. In fact, Spain occupies the 23rd position of the 31 countries in Europe in terms of the adoption of battery electric vehicles, behind Italy, France and Portugal", have stressed the analysts of T

In this line, the person in charge of electrification of fleets of T

"This situation is in flagrant contradiction with the ambition of being a modern country, governed by a progressive coalition, and more so in a context of environmental and energy crisis," Pulido defended.

On the one hand, analysts have highlighted that only a minority of polluting cars pay the corresponding registration tax when buying new vehicles.

"This tax is proportional to the emissions of the vehicle. However, the registration tax exemption is at a very high limit (120 grams per kilometer), and the other sections are not restrictive enough, for which reason the majority of new vehicles avoid this tax. In 2021, only 1.1% of registered vehicles did so under the quotas of the fourth tranche (the highest) and just 5.9% did so with the third ", highlights the analysis.

For this reason, the study of T

In this context, the study also emphasizes that the tax regulations do not make any difference in VAT relief for "highly polluting" cars and those with zero emissions.

"This means that companies are discouraged from migrating their fleets to sustainable vehicles. In Belgium, France or Portugal, the amount that can be amortized depends on the emissions emitted by the vehicle. Spain should follow suit", T

"The findings of the report conclude that there is enormous potential to modernize vehicle taxation in Spain, which, today, instead of favoring non-polluting vehicles, continues to use regulations that have become dusty over time" , has opined the organization.

Along these lines, he has recommended the country to "urgently" reform the taxation of automobiles, given that the figures show that "it is one of the worst in Europe" and has considered that the Government must adapt these taxes "to current times".

"In other words, favoring the substitution of polluting vehicles for clean vehicles and, in this way, increasing the low levels of adoption of electric vehicles while improving air quality and mitigating climate change", added Pulido. 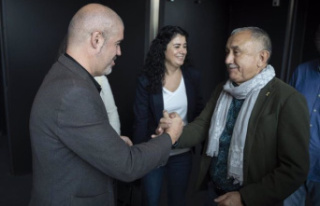 UGT and CCOO mobilize this Thursday in Madrid to demand...