The Thunderbirds break the party

The Laval Rocket hit a wall Wednesday night in Game 3 of the Eastern Conference Finals. 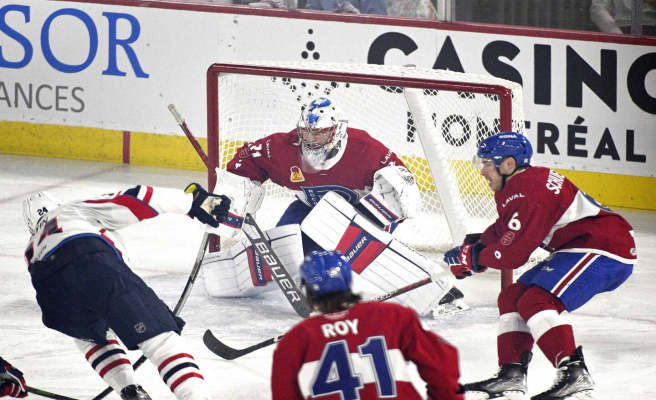 The Laval Rocket hit a wall Wednesday night in Game 3 of the Eastern Conference Finals. The Canadian school club lost 6 to 3 in front of the Springfield Thunderbirds in front of a Place Bell filled to capacity.

The Thunderbirds take a 2-1 lead in this best-of-seven series. The next game is Friday night at the Rocket's home.

That's a shame. Everything was perfect before the meeting. There was excitement in the air. The Rocket organization put on an NHL pregame show. Everything was in place for a great performance from the locals.

However, the Thunderbirds played a nasty trick on the locals and their vocal fans. The game was played in the second period where they took control building a 3-1 lead. For some reason, the Rocket's energy level went flat after erasing a two-man shorthanded.

Jean-François Houle's club was no longer a shadow of itself thereafter. He will have to dig deep into his resources to return to this series.

Then, with it 3-2 after two periods, Will Bitten completed his hat trick to break the Rocket's legs. The Franco-Ontarian played a strong game. He added a fourth in the third period.

Even though he suffered his third loss of the playoffs, Cayden Primeau wrote a good part of the history of this meeting. He faced a barrage of 40 shots.

He was amazing especially in the second period when he faced 22 shots from the visitors. During that streak, he was able to silence the Thunderbirds on two two-man penalty kills.

On the other hand, he proved that he was human. He allowed two goals while his defense was completely overwhelmed.

He achieved his prowess in front of the Canadian staff. Geoff Molson, Jeff Gorton, Kent Hughes and Marie-Philipp Poulin attended the game.

Pumped up by their vociferous supporters, the Rocket got off to a convincing start. The Laval players handed out checks that got the fans up from their seats.

Harvey-Pinard rumbled the crowd by scoring the first goal of the game. A slap shot on a play by Alex Belzile and Sami Niku.

Thanks to their veterans, the visitors remained calm in the storm. They found their bearings as the first period progressed.

Thereafter, the Thunderbirds had the best scoring chances, but Primeau stood like a wall in front of their attacks.

After a few days of speculation, Joshua Roy made his professional debut with the Rocket.

The Sherbrooke Phoenix forward walked on a few lines during the game. The Rocket head coach found a way not to put the rookie in tough situations.

Roy made some interesting inroads into offensive territory after chasing the jitters. He had a good chance to score in the second period.

Michael Pezzetta had the task of entertaining the crowd before the start of the match. The one who finished the campaign with the Canadiens has played several games with Laval in recent years.

In addition to Pezzetta, striker Nick Suzuki also attended the meeting of the Canadian school club.

1 The Rocket runs out of gas in third 2 The Cataracts win top honors 3 Fayolle Jean Jr: an actor in demand 4 Patrick Roy: touched that his cry from the heart was... 5 Direction the worlds for Mia Vallée 6 Drunk driver reinvents parallel parking 7 Snowboard cross: the World Cup is finally coming home 8 Azerbaijan Grand Prix: Pérez for the pass of ...... 9 The Alliance cannot defeat the defending champions 10 The big star of the match: the crowd 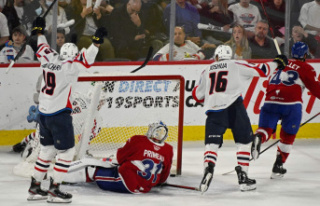 The Rocket runs out of gas in third