LONGWY | Knife between the teeth, the Belgian Wout van Aert embarked like Superman on a slightly absurd run today at the Tour de France, but he had to give up the yellow jersey to the defending champion, Tadej Pogacar, who sends with his stage victory a serious warning on the eve of a mountain finish. 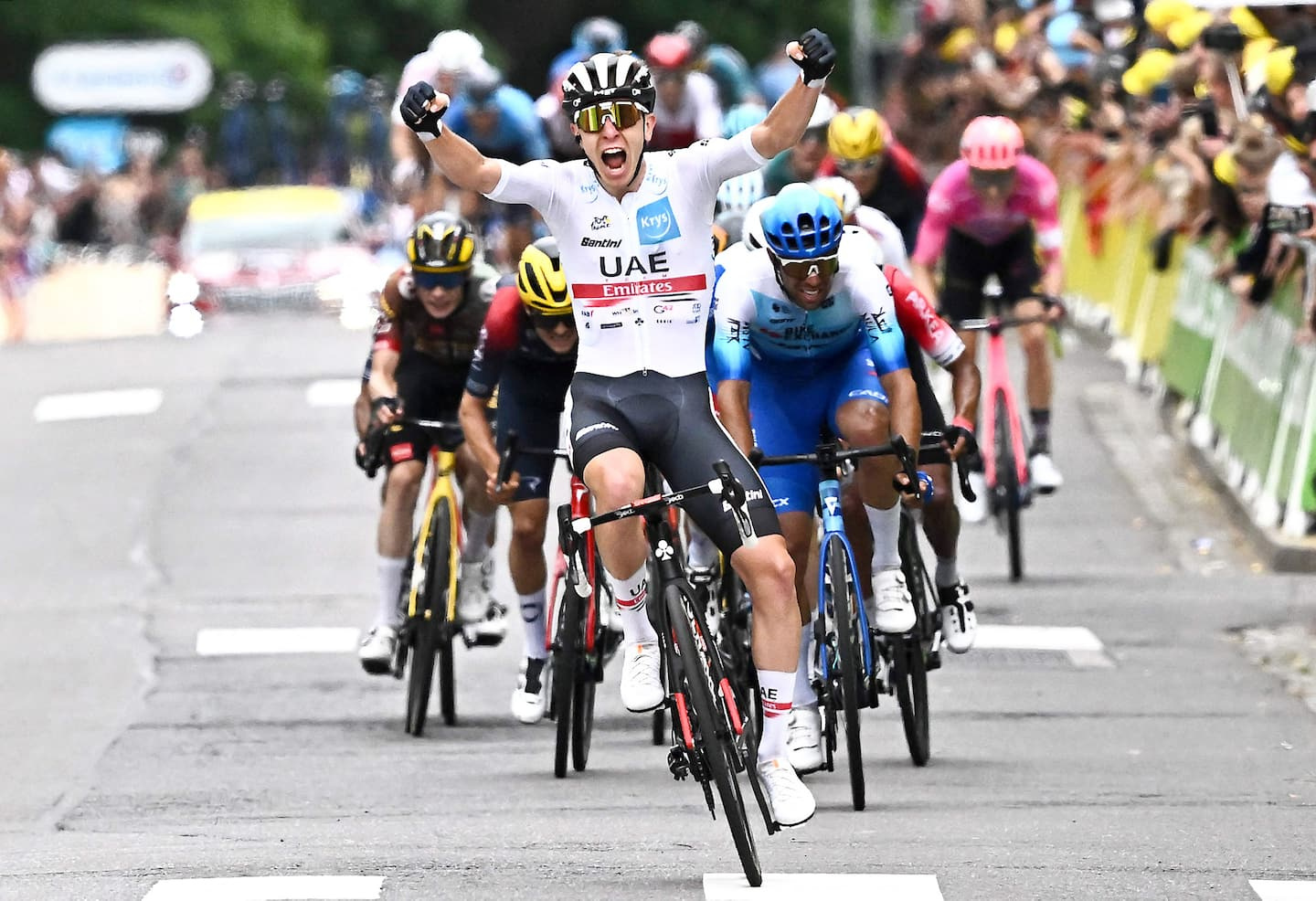 LONGWY | Knife between the teeth, the Belgian Wout van Aert embarked like Superman on a slightly absurd run today at the Tour de France, but he had to give up the yellow jersey to the defending champion, Tadej Pogacar, who sends with his stage victory a serious warning on the eve of a mountain finish.

Attacking like a madman despite the yellow on his shoulders, did Wout van Aert really want to give up the leader's tunic or did he get caught up in his game?

Only he knows the truth, but the 27-year-old adventurer dried up his tank, mocking the peloton, before failing in 103rd place in this sixth stage, more than seven minutes from Pogacar. However, he retains the green jersey in points.

"I don't understand what he did," said Quebecer Antoine Duchesne on arrival.

Panache or tactic, van Aert's answer was no more obvious. An extra day in yellow was easily within reach.

“It was hard for us to control. So I tried to be in the breakaway, but three was not enough, ”explained the Belgian, a little enigmatic.

A little lost in their strategies, the Jumbo-Visma team will now be able to focus on a final victory for Jonas Vingegaard.

Just before the first summit finish at the Super Planche des Belles Filles, Pogacar showed that he was the boss.

"But that wasn't the point," he said.

In the longest stage of the Tour (220 km), the finish was reserved for punchers after a series of short climbs. The Côte de Pulventeux and the Côte des Religieuses skimmed the group of favorites until the Slovenian delivered the coup de grace less than 300m from the line.

For a second consecutive day, no one could accuse the cyclists of sleeping on gas with an ultra-fast start to the stage, during which they rode at more than 52 km / h for two hours.

Wout van Aert eventually managed to escape with American Quinn Simmons, the youngest rider in the peloton at 21, and Danish veteran Jakob Fuglsang, 37.

Seeing the failure of the adventure, Fuglsang ended up getting up, but van Aert continued the crazy adventure with Simmons, then alone until 10 kilometers from the finish in Longwy, in the north-east of France.

In one of the fastest stages in history, at over 49 km/h on average, Frenchman Alexis Vuillermoz tried his luck in vain.

If questions persist about the strategy of Groupama-FDJ, Gaudu has scored its first points.

"He's always on the front lines. He is a runner of the future. He took his time to mature. It is in constant progress and it is normal that we give it a chance,” explained its director, Marc Madiot.

"It was a very, very tough stage. It was long and very fast. The headwind has crashed and it is only Pogacar that explodes us by launching 250 meters. There is nothing to be ashamed about the performance,” added Gaudu.

Tomorrow, the seventh stage will end at altitude at the Super Planche des Belles Filles. Already in yellow, Pogacar did not hide his intentions.

“We will try to control the race. It will not be a disaster if the breakaway goes to the end. But I will try to win. »

As the Tour completes its first week, there is still a long way to go to the Champs-Élysées, but the 23-year-old Slovenian remains in full control of the situation.

At more than 49 km / h on average, Quebecers did not have time to discuss among themselves today between Binche, in Belgium, and the arrival in France.

"All day it's been going sick. I have rarely seen a stage of 220 km in 4 h 27 min with almost 3000 m of elevation gain”, launched Guillaume Boivin with a grimace.

Like many others, he wondered about the intentions of Wout van Aert who made everyone suffer.

“He had decided to give away the yellow jersey and they had to give him the option to defend it on his own. Maybe his team didn't want to ride for three weeks, but he really wanted to be in the breakaway. He attacked a million times,” added the Olympian.

In his second Tour de France, Boivin does not simulate.

"I don't know how I'm going to get to Paris. I was really not well,” he claimed before disappearing.

For his part, Antoine Duchesne could not believe the incredible speed of the race.

“It was ridiculous, science fiction. - Especially since it's just a guy who attacked for 75 terminals. I understand that he wanted to be in the breakaway, but with the layout, you get up. He was capable of winning. He wants to show that he is world champion. »

The Groupama-FDJ caribou was encouraged by the performance of his teammate David Gaudu.

"We handled it well. It bodes well with his third place. It will be a first test,” Duchesne finished, being scolded for being outside the coach in the cooler breeze.

"I was on a mission to take the breakaway and I put in a lot of effort, but when [Jakob] Fuglsang left I was happy. »

Despite his experience, Houle was happy to be able to put his bike away.

“The penultimate climb, I swerved. I have no aim in the general classification. An arrival with [Tadej] Pogacar, I don't think I'll win the stage! I chose to save myself a little. »

“It was stinging with the side wind. It warmed the legs even more. It is clear that you have to stay in the wheels at this speed. Each time you make an effort, you pay cash afterwards. Pogacar is a machine. He does what he wants. He's going to be hard to beat. »

Finally, without revealing his ambitions, Michael Woods tested his legs well at the dawn of a stage drawn for him. The Canadian finished 20th just 5s behind Pogacar.

1 The 7 fingers at Place Ville Marie: a giant with heart 2 Elon Musk's takeover of Twitter under threat 3 “Headscarf game”: TikTok sued after the death... 4 Papal visit to Saskatchewan: difficulty in finding... 5 Violent rapper and pimp pleads guilty 6 Maple Leafs get rid of Mrazek 7 Mihailovic is close to a comeback 8 Nathan Gaucher is the first Quebecer drafted 9 Athlete is still in shock after being drugged 10 [IN IMAGES] FEQ: X-Ambassadors overflows the Parc... 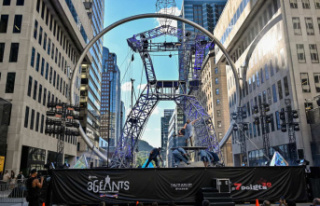 The 7 fingers at Place Ville Marie: a giant with heart