The Zéphyr: the electric plane that replaces satellites

An experimental solar-electric spy plane, the Airbus Zephyr S, took off on June 15 from the Yuma Proving Ground military base in Arizona, according to the site specializing in military issues The Drive. 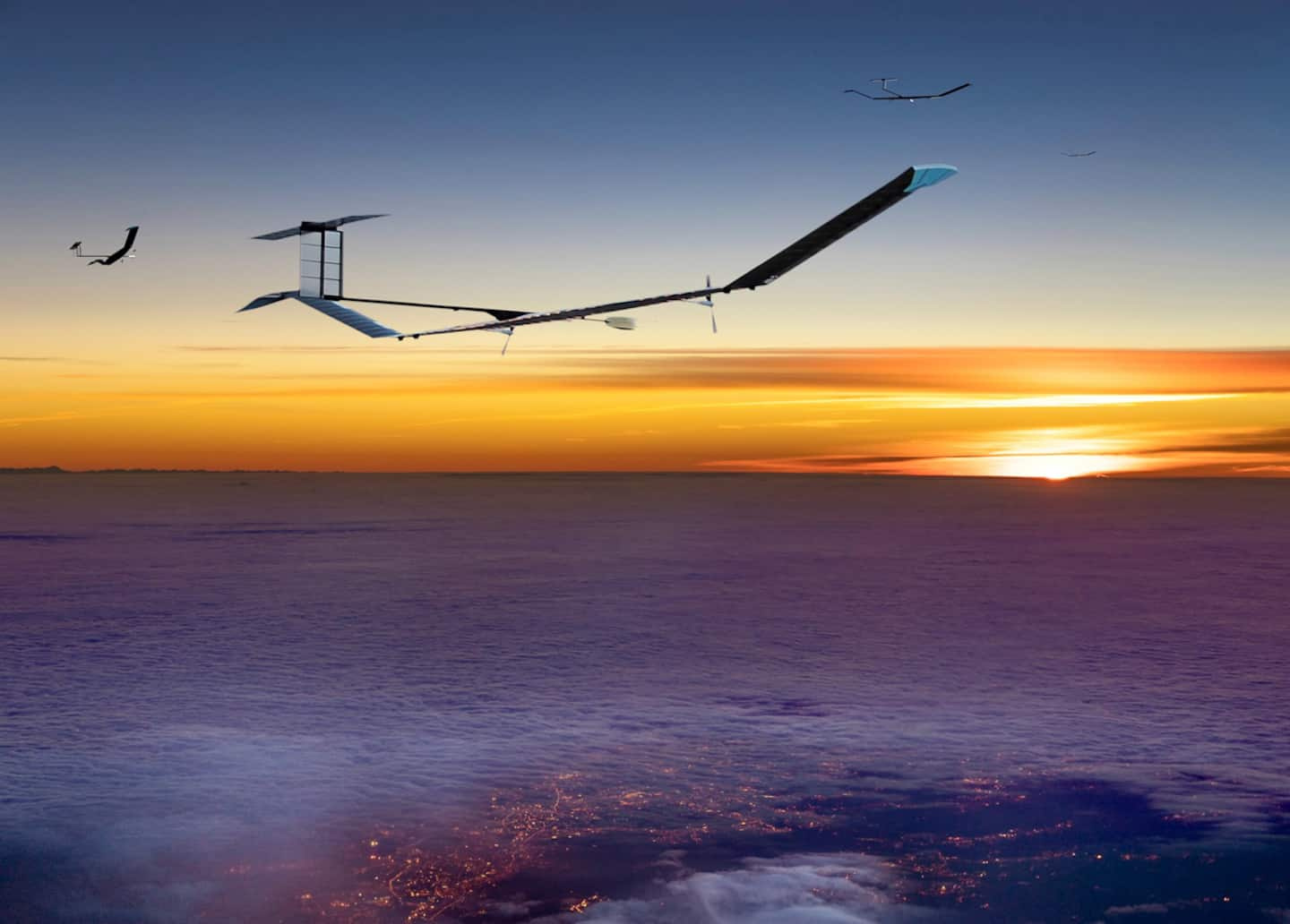 An experimental solar-electric spy plane, the Airbus Zephyr S, took off on June 15 from the Yuma Proving Ground military base in Arizona, according to the site specializing in military issues The Drive. And he might still be flying.

During its maiden flight in July 2018, the Zéphyr S set a new 26-day endurance world record approved by the Fédération Aéronautique Internationale.

It remains to be confirmed that the current flight will last even longer and set a new record.

Several versions of the Zephyr have been tested by the United States Army and Navy.

The latest, the Zephyr S, achieved flights reaching 76,100 feet in altitude, another world record for an electric drone.

This is why Airbus speaks of a HAPS (High-Altitude Pseudo-Satellite).

Only the famous American U-2 and SR-71 spy planes have reached such altitudes (see below).

This "pseudo-satellite" has this particularity: it has an extraordinarily low weight for a wingspan of 25 meters (82 feet), it weighs only 65 to 75 kilos (143 to 165 lb) depending on the on-board electronics.

Its mylar and carbon fiber wings are completely covered with solar panels allowing it to continuously recharge its 24 kg of lithium-sulfur batteries, about a third of its total weight.

Its fuselage, a thin cylindrical tube, ends in a bulbous nose that contains its avionics and data acquisition and transmission systems.

The Zephyr can relay imagery and signals intelligence to ground commanders at a tiny fraction of the cost of an orbiting military satellite.

It has the ability to collect data over areas covering 1000 km2.

Like a geostationary satellite, but at an altitude a thousand times lower (36,000 km versus 26 km), the Zéphyr can fly over a fixed point on the ground for an extended period. Flying closer to the ground allows the Zephyr's camera to take pictures at a resolution of 18 centimeters, whereas satellites have around 30 centimeters of resolution.

Zephyrs also offer a clear advantage over spy satellites in circumpolar orbit that cross their target areas twice a day.

They circle above their target, providing continuous cover.

These quasi-satellites can even replace destroyed or disabled satellites. Russia and China are actively developing their anti-satellite capabilities. Orbital observation systems belonging to the Americans and their allies face growing threats.

The civilian missions of the Zephyrs

In the civilian realm, Airbus advertising claims that its high-altitude electric drone will monitor the planet's environmental evolution, revolutionizing the management of forest fires and oil spills.

For border security, the Zéphyr S will be able to detect and track individuals crossing them illegally and transmit their details to the authorities in real time.

The Zephyrs' ability to supplement or replace satellite systems will be valuable in post-disaster scenarios, especially when traditional cellular or internet networks are rendered inoperable. They can also serve as “mobile towers” ​​for cellphones and 5G, providing an alternative to standard towers in areas with poor infrastructure or uneven terrain.

Airbus engineers are aiming for 100 days of non-stop flight and more for the Zéphyr. They are even considering making landing and take-off optional. Incredibly, the Zephyr's solar cells can charge the aircraft's batteries enough to keep it aloft almost indefinitely. DARPA, the Pentagon's advanced research agency, has already developed the Vulture and SolarEagle programs, the objective of which was to keep an aircraft in flight for five years.

Zephyr trials could be launched when the weather is favorable and “stationary” in the stratosphere to give users great operational flexibility.

The limitations of the Zephyr

Zephyrs have the advantage of being more adaptable than conventional spy satellites, while possessing a much better level of flight persistence than other drones and other high-altitude spy planes.

The main limitation of the Zephyr is its low payload capacity. The Zephyr S is 30% lighter than its predecessor, the Zephyr 7, while carrying 50% more batteries, freeing up space for its operational payload of 5 kilos (11 pounds). This is very little compared to the 2000 pounds of Northrop Grumman's RQ-4 Global Hawk spy drone, the benchmark for military drones.

The Zephyr is much slower and less robust than high-speed jet spy planes, but it makes up for this with its endurance. The Zephyr pulverizes the US Air Force's Global Hawk, which only managed to fly for 35 hours without refueling.

Many technical challenges await the Zephyr. Cosmic rays are a threat to its electronics. Its cruising altitude is well above inclement weather, but it is vulnerable to strong winds and bad weather during its ascent and descent.

Propulsion by solar energy imposes constraints. Available brightness varies by latitude and date. The tropics offer the most energy: the farther the device is from the equator, the less energy is available in winter. However, this does not prevent him from carrying out his missions in winter. It flew in a winter climate for 11 days to show that it could perform on long winter nights. When the sun sets, it has to descend to 45,000 feet to save energy in the denser air.

Acquired by the French Airbus in 2013, the Zéphyr was created by the British QinetiQ in the early 2000s. In April 2014, the British Ministry of Defense awarded Airbus a contract for the production and operation of Zéphyr S. The aircraft were built at Airbus' factory in Farnborough, UK. Some of the tests carried out from Wyndham Aerodrome, Australia ended badly. In March 2019, a Zéphyr S crashed due to extreme weather conditions. A second broke up in flight in September 2020.

A REVISED AND ENHANCED ZEPHYR

Airbus is currently developing the twin-tail Zephyr T, designed to carry larger payloads. It is a larger aircraft with a wingspan of 33 m and heavier, weighing 140 kg. Its payload capacity of 20 kg is four times that of the Zéphyr S.

LAUNCHED BY HAND INTO SPACE

Zephyr operators must be very careful when deploying and launching the fragile aircraft. On the ground, its wings bend under their own weight. A few men are enough to throw it by hand while running, carrying it above their heads. The first method of deployment of the Zephyr was a helium balloon which carried it up to 9,000 m (30,000 ft) in altitude before releasing it.

1 Labor shortage: terrified of going to a CHSLD at 54 2 Recruitment of candidates: the old parties are dragging... 3 By car with his bike 4 SUM 41 at the FEQ: the pioneers of pop punk turn up 5 The dinner of idiots: first for an old trucker 6 “Lines of flight”: Mariana Mazza has a blast at... 7 Here are 10 films to see at Fantasia 8 Advocacy for the union of environmental activists 9 Board Games: Build an Efficient Engine 10 Behind Edith Cochrane's armchair, there is... 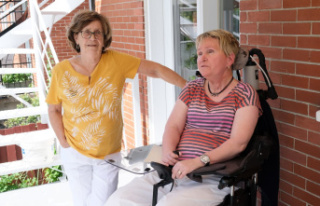 Labor shortage: terrified of going to a CHSLD at 54