They catch fire trying to set fire to a business

Two people set themselves on fire Monday while trying to burn down an immigrant services business in California.

Two people set themselves on fire Monday while trying to burn down an immigrant services business in California.

The incident allegedly occurred shortly after midnight at the "Servicio de Inmigacion", a business located in the small municipality of Bakersfield.

“Within ten minutes of their arrival, firefighters were able to declare the fire extinguished and conduct primary and secondary searches for potential victims inside,” local authorities said in a statement. As the flames were quickly brought under control, the damage was limited to the garage.

In a security video shared on Facebook by the business, we see the two individuals throwing gasoline on the building before setting it on fire and burning themselves in the process.

An investigation has been opened to shed light on this event.

Quickly, after the disaster, the owner of the business Yesenia Solorzano launched a fundraiser to get her business back on track, but also to help a friend.

“We were helping a friend with his [carwash business] and his stuff was burned down and now he has no equipment because of the fire. He did not have insurance for his equipment and it was his only form of salary to pay for his accommodation and other living expenses,” he said, adding that all donations will be used to restore the two companies. walking. 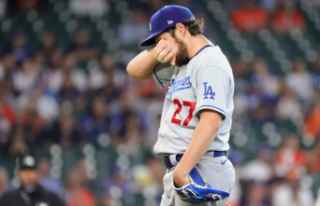