ARENBERG PORTE DU HAINAUT, FRANCE | On some cobblestones in Roubaix, the surprise victory of Australian Simon Clarke in the fifth stage gave the young formation Israel-Premier Tech (IPT) the first bouquet in its history at the Tour de France. 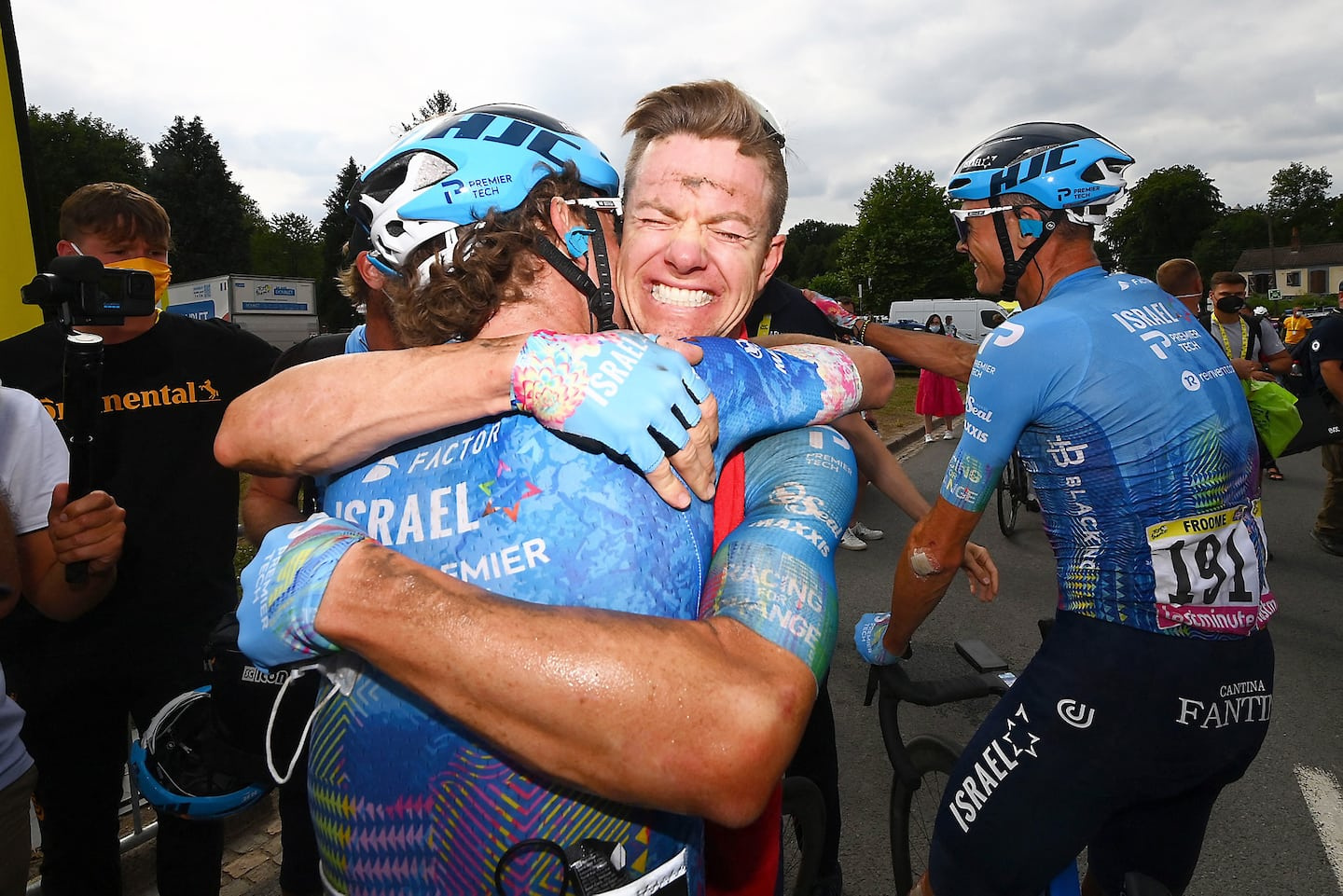 ARENBERG PORTE DU HAINAUT, FRANCE | On some cobblestones in Roubaix, the surprise victory of Australian Simon Clarke in the fifth stage gave the young formation Israel-Premier Tech (IPT) the first bouquet in its history at the Tour de France.

Although his first language is not French, former champion Steve Bauer has found the perfect word to describe this stage: epic. Dantesque could have been a good choice too.

"I'm more relieved than happy. We needed it. I hope that confidence will lead us to more victories,” said Canadian-Israeli team co-owner Sylvan Adams.

At the end of a crazy stage between Lille Métropole and Arenberg Porte du Hainaut, four riders covered in mud showed up for the final explanation after resisting the peloton.

Neilson Powless attacked with a red flame as the other three survivors looked at each other blissfully. Edvald Boasson Hagen finally sacrificed himself to shatter his opponent's dream, but his own too.

Exhausted, Clarke was however still in the wheel of the Norwegian. Taco van der Hoorn threw away his last strength, but Clarke remained standing on the pedals as he launched his bike further over the finish line.

“Last winter, I was without a contract. So imagine how I feel. It's beyond what I imagined. Thanks to my team, who gave me a chance. I try to take the opportunities, that's what I did today,” Clarke said, still bearing the marks of the effort and the dust of this piece of the Hell of the North.

“Even with five riders up front, you had to believe it. It was a great breakaway,” he added.

Despite a fall and a dangerous hit with the handlebars to avoid a car, Wout van Aert narrowly retained his yellow jersey by 13 seconds, but the Jumbo-Visma almost got burned trying to save everything at the same time.

Jonas Vingegaard has had mechanical problems and Primoz Roglic finds himself more than two minutes behind Tadej Pogacar. In disaster, the yellow jersey van Aert even slipped for a moment to help his teammates. The leader of the team may no longer be the Slovenian Roglic.

Before this incomparable success, Simon Clarke had snatched two stage victories in the Tour of Spain in 2012 and 2018. He also won the mountain classification on the Vuelta in 2012.

On the Grande Boucle in 2014, the fifth stage and its cobblestones also allowed Simon Clarke to believe in victory, but Lars Boom won.

This galley demonstrated why the peloton seemed to be sleeping a little for the past few days. For once, the promised action exceeded expectations. Falls, punctures, favorites trapped or lagging behind, the cobblestones have lived up to their heartbreaking reputation.

To make a change, it was the polka dot jersey Magnus Cort who was the fifth fugitive at the start of the race. Since last Friday, the Danish fighter has spent around 75% of the race on the breakaway.

The hugs and shouts of joy were numerous this evening for all the runners and support staff of the Israel-Premier Tech team.

This long-awaited first success came when fans were not expecting it. In addition to saving their season and all of a sudden forgetting the troubles of spring, this day of glory lowered the pressure several notches.

Even Steve Bauer jumped on the neck of the burly coach driver. In addition to the eight cyclists, dozens of other people work day and night for three weeks.

“A great victory in the Tour de France on a key stage, Clarke hats off! commented Hugo Houle, proud of his family.

Casually, the Quebecer has once again finished in the first group and is in 34th place in the general classification, just 1 min 51 s from the yellow jersey.

“Behind it was quite chaotic. A beautiful mess. There were a few crashes and I was slowed down. It's a really good day for the team," he finished before disappearing into the shower.

All the post-race interviews were interspersed with several pats on the back. Guillaume Boivin was also happy with the turn of events.

“A victory in the Tour is extraordinary. Simon is a sniper. When he has the opportunity, it is rare that he misses his shot. »

In his second Tour de France, Boivin would like to have better sensations.

"I have to manage my efforts. I don't have the best legs, but winning will feel good. It's good for morale and pressure. It will motivate everyone to continue in this momentum,” analyzed the 33-year-old cyclist.

"Couldn't ask for a better day. We hope to win more. Simon is sharp and strong tactically. The photo-finish added to the suspense,” said director Steve Bauer, who relived strong emotions today in Arenberg thinking of his second place in Paris-Roubaix in 1990.

Before enjoying a glass of champagne with the family, one of them recalled that Michael Woods is patiently waiting for the mountain. Early in the first week, there is still time to double down.

"When [Neilson] Powless attacked today from a mile away, I was sure it was done for Simon Clarke. We know there are more victories that can await us. This evening, we will allow them to have a drink, a little! finished boss Sylvan Adams.

Returning to the country after the passage in Denmark, the other leader Jean Bélanger wanted a little.

"But I'm so happy with this victory and not at all on the expected stage! »

1 Mary-Sophie Harvey claims to have been drugged at... 2 The French roots of Cutter Gauthier 3 "After the night": bewitching dreamlike... 4 NHL Draft makes downtown happy 5 [IN IMAGES] FEQ: the beautiful vertigo of Charlotte... 6 Musical Annie: A Popular Red Carpet 7 Horne foundry in Rouyn-Noranda: a closure is not necessary,... 8 Coroner's report: 'uncontrollable murderous... 9 The United States wants to judge a Montrealer considered... 10 Sale of Resolute Forest Products: the latest in a... 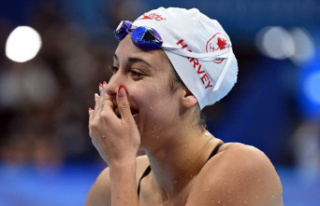 Mary-Sophie Harvey claims to have been drugged at...