Thirty minutes after his teammate's celebrations, Guillaume Boivin interrupted an interview with the official broadcaster to hug Hugo Houle, whom he had not yet seen. 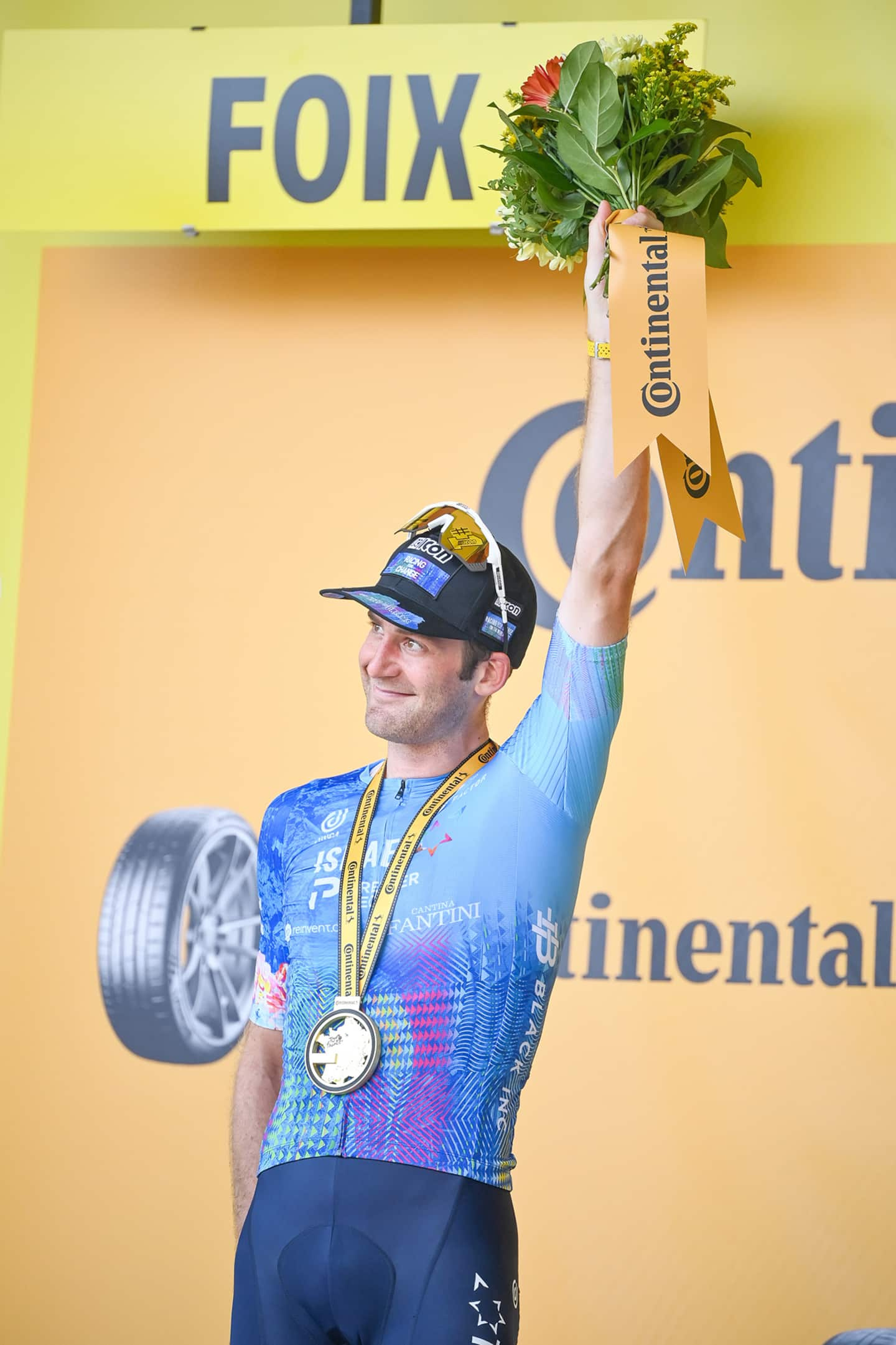 Thirty minutes after his teammate's celebrations, Guillaume Boivin interrupted an interview with the official broadcaster to hug Hugo Houle, whom he had not yet seen.

• To read also: Victory of Hugo Houle at the Tour de France: the pride of Sainte-Perpétue

The scene was planned for television, but not the tears that were added. Boivin could be seen removing his glasses and nodding in disbelief as he wiped his reddened eyes at least twice.

On the road, the other Quebecer at Israel-Premier Tech had had a few snippets of information on the situation of the race, but nothing more.

He crossed the finish line 95th in a group 29:28 behind the winner. It must be said that the Quebecers present at the Tour de France have known each other since the neighborhood races in adolescence. The voice still extinguished, Boivin was still in shock two hours later.

“I knew he had 40 seconds at the top of the last climb. Afterwards, a former teammate told me he had won, but I didn't want to believe him. At 800 meters, I saw that he was on the podium! It's beautiful what he did. I still remember the death of his brother. It took a while but he never gave up. It's incredible. I had a hard time talking to him,” Boivin said.

Half-serious, the 33-year-old cyclist even allowed himself to believe in a film.

"It's a great story for one of the best people I know. It will be on Disney in not long I think! »

By finishing third in the stage, Michael Woods was obviously the first to congratulate the winner.

“It is so special for everyone, for me, for all of us and for cycling in the country. This is truly a Canadian victory. »

Some typically Quebec swear words were also heard after the final in Foix.

"It must surely be me!" launched Antoine Duchesne, from the Groupama-FDJ team.

“I only knew he was in the lead with [Matteo] Jorgenson. We had Valentin Madouas and Michael Storer not too far away, but I didn't know anything afterwards. The descent was long and difficult. Hugo did a bad number. It's every cyclist's dream to win this way. There are 25 guys at this point who still have the leg up to go ahead and he is one of them. »

Duchesne now hopes that luck will smile on his team, which has been hovering around a victory since the start of the Tour but without touching the goal.

"It's still possible," he said.

There were 147 riders left in the peloton on Tuesday at the start of Carcassonne.

It was at the fifth kilometer that a group of 29 runners moved away without meeting any opposition. Hugo Houle, at the back, was in the breakaway with the Austrian champion Felix Grossschartner, of the Bora-Hansgrohe team.​​​​​​

In this victory, we must not neglect the great role played by the Canadian Michael Woods, who was to be the favored runner in the initial strategy at Israel-Premier Tech. Woods (back blue) is seen here with Neilson Powless of EF Education-EasyPost. In the end, as Matteo Jorgenson tried to get back at Hugo Houle (up front), Woods watched his opponent closely, not taking any stints.

For the Quebec partners who assume the financial risks of this sporting adventure, the return on investment now exceeds all expectations.

After a catastrophic start to the season and a formation in the Tour de France cut by two cyclists on the initial selection, there were still some doubts, but a single stage victory in the Grande Boucle is the symbol of a successful season.

The Israel-Premier Tech team now has two in the bag, in addition to two podiums, and there are still five days to go until the Champs-Élysées.

Detained in Paris for work, the president and chief executive of Premier Tech de Rivière-du-Loup was not on arrival in Foix on Tuesday, even though he spent several days in Denmark in the first days of the test.

“My phone started buzzing in the middle of a meeting. I saw the messages, but no one said he had won. I was crossing my fingers a bit. Steve Bauer [sporting director] called me screaming! It's sick! commented Jean Bélanger, who will host several partners on Sunday for the celebrations.

“It will be even more moving. It's today [Tuesday] that you had to be there, but the guys don't say it in advance! joked the businessman.

" It is magic. We all believed in him, but the elements have to be well aligned. It's phenomenal. It's a family, a clan that has formed, ”added the cycling enthusiast.

For Israel-Premier Tech, Simon Clarke had already won the fifth stage disputed on cobblestones in Arenberg. Positive for COVID-19, the Australian was forced to leave the Tour afterwards. Dane Jakob Fuglsang also retired after a heavy fall and a broken rib.

Officially, Adams, a philanthropist whose family made a fortune in real estate, is the owner of the team. Premier Tech has been the main co-sponsor since this year, but it will become co-owner of the WorldTour training. Their partnership promises to be long and fruitful.

Sylvan Adams had also spent a few days with the team before returning to Israel. He obviously would have liked to be there.

" That's wonderful. I had tears in my eyes. Hugo [Houle] ran very bravely. And to see Mike [Woods] supporting it with a third place is unheard of,” he explained.

In Quebec, another businessman was jubilant. Louis Garneau is also preparing to go celebrate in Paris.

“He walked like an airplane. I had shivers. He worked so much. He just changed his life and he's going to want to repeat that. His new career begins. »

In Montreal, the director general of the Quebec Federation of Cycling Sports was trying to assess the impact of this unprecedented performance.

" This is exceptional. For Quebec cycling, it shows that our athletes are capable of reaching this level and aspire to a podium. A door opened and he took his chance,” concluded Louis Barbeau.

1 Major League Baseball: American League wins defensive... 2 Videotron Center: Shinedown is slow to set the pace 3 Domestic violence: the system failed to protect this... 4 A major cybersecurity event in Montreal in November 5 The Port of Quebec abandons the idea of ​​an expansion... 6 Web poll: festival-goers want Eminem on the Plains 7 Gasoline: voracious, very voracious, the gas stations... 8 Price increases of 6% in eight months at Dollarama 9 Couche-Tard could buy Petro-Canada stations 10 The subscription invades the world of the car 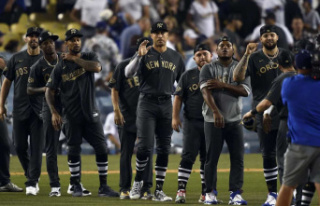