A year and a half after the chaos of the Capitol assault, in which America is plunged again through a parliamentary inquiry, Donald Trump's theory that the presidential election was "stolen" from him seems like a an indisputable fact among many of his supporters, pushing them to campaign to "protect" future elections. 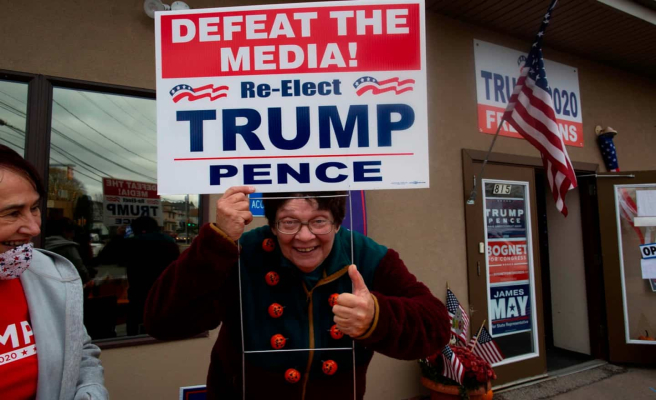 A year and a half after the chaos of the Capitol assault, in which America is plunged again through a parliamentary inquiry, Donald Trump's theory that the presidential election was "stolen" from him seems like a an indisputable fact among many of his supporters, pushing them to campaign to "protect" future elections.

• Read also: An assault on democracy without consequences?

• Read also: The investigation into the assault on the Capitol in 6 questions

It is no longer the time for crowds gathered on Congress Hill to contest the result of the ballot as was the case on January 6, 2021, the day of the attack. The fight against the supposed "massive fraud" during the 2020 presidential election, repeatedly refuted by the authorities, but in which millions of Americans firmly believe, has become part of everyday life, on Facebook, among friends and. .. in the polling stations.

"Republicans are positioning themselves to exert greater influence over the conduct and counting of elections," said George Washington University professor Christopher Arterton.

"If you don't believe the election was conducted fairly in 2020, you have every reason in the world to want to become an election agent," he said.

On social networks, Donald Trump continues to provide grist for the mill of his followers, abundantly sharing montages denouncing the supposed massive presidential fraud in November 2020, which would have caused him to lose to Joe Biden.

“The election has been stolen, share if you agree”, urges a publication taken up by the ex-president on Truth Social, the network that Donald Trump created after being banned from Twitter.

This thesis, never demonstrated, is still hammered home at each Donald Trump rally, which takes place every two weeks. At his rallies, where thousands of Americans still flock, his supporters brandish "Stop the Steal" signs, the war cry of the movement born in the aftermath of the presidential election.

You can also watch the trailer for "2000 mules", a documentary which, with extremely dubious methods, claims to have proof of a meticulous operation in which, for ten dollars a ticket, people were allegedly tasked with stuffing ballot boxes in a series of decisive American states for the victory of Joe Biden in 2020.

This film, whose processes have been seriously questioned by many experts, is shown in theaters across the country and is a hit, with more than 1.4 million dollars in revenue - a sign that a year and half after the storming of the Capitol, which shocked by its violence, these conspiracy theories still seduce.

Jim Wood, a Trumpist activist met by AFP in Washington on January 6, 2021, is one of those who still espouse these theories.

The House Committee investigating Donald Trump's responsibility for the Capitol storming? Nothing less than a "witch hunt", assures this sexagenarian, using one of the former president's favorite expressions.

“The demo-rats (sic) and Cheney and Kinzinger (the two Republican members of the parliamentary committee, editor’s note) are establishment ass-lickers,” he castigates.

To turn his anger into action, Jim Wood has joined a Facebook group that promises to "protect" the election in his state of New Hampshire and, again, to shed light on alleged 2020 fraud.

Initiatives like the one in which this pensioner participates abound across the country, with the next target being the mid-term legislative elections in November, assures Professor Christopher Arterton. "I don't think it will go away anytime soon." 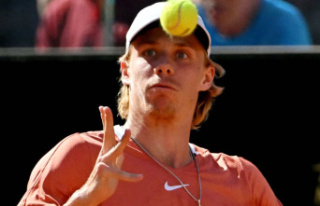