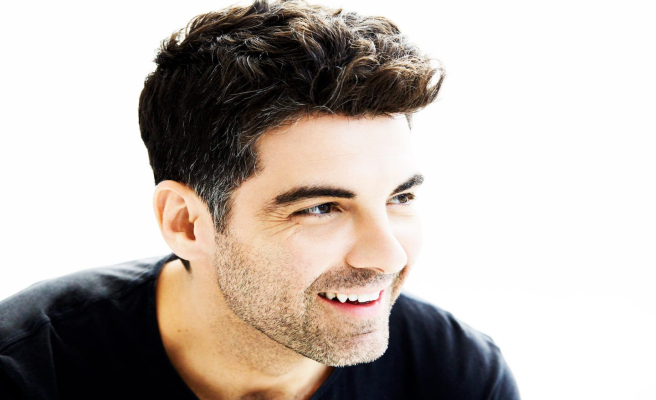 The richness, inventiveness and audacity of 1970s television delighted David Savard on several occasions. The actor had his eyes full in front of the small screen, so much so that he was quick to immerse his children in an animated universe that had greatly seduced him.

David, which youth program is one of those that have made a lasting impression on you?

You Hou [André Cartier and Pierre Curzi starred there at Radio-Canada, NDLR] is one of the first shows I remember. It was completely blown with such mind-blowing wallpapers. The 1970s at their best!

I remember Saturday lunchtimes watching Bugs Bunny (Looney Tunes) and my parents serving us cream soda with a scoop of ice cream in it. Oh, it's been a long time! Just thinking about it makes me feel...

Did you watch a lot of TV when you were young?

Yes ! As in many families at the time, the TV was always on in our house... I also have memories of different times, of when I returned from school and of evenings where, depending on who of me and my little brothers or of my parents watched TV, the shows were on the air... There was Bobino, Les Satellipopettes, Passe-Partout, Le train de 5 heures, Les Tannants, Ad Lib...

The songs from Japanese cartoons, such as those from the series Le Petit Castor, Au pays de Candy, Goldorak and Démétan, are unforgettable tunes!

As a young actor, I had auditioned to play in a new series for teens whose texts seemed to be completely crazy. This show has become a cult series... I would have loved to play any character from In a galaxy near you!

What universe did you want your children to discover?

I really liked the animated series Once upon a time... the Man [broadcast in the late 1970s by Radio-Canada] which told the story of humanity in a simple and fun way. I introduced it to my kids when they were little and they loved it! My 18 year old guy, who is as nostalgic as I am, still listens to it on occasion!

I find that children's television has regained vigor and is allowing itself more and more fantasy and madness without losing its educational role. It's a happy mix!

♦ The arrival of autumn will make it possible to discover the family fiction Comme des têtes pas de poule (Télé-Québec) for which David Savard will play one of the main roles alongside Mélanie Pilon. On stage, the actor will lend his features to millionaire Oliver Warbucks in the musical Annie, a classic revisited by director Serge Denoncourt which will come back to life on June 22 at the St-Denis Theater in Montreal.

1 Cine nostalgia: the 40 years of “E.T.”, “The... 2 Summer, the swimming pool and our animals 3 Teenage Mutant Ninja Turtles: Deliciously Retro 4 New novel by Agnès Martin-Lugand: love, stronger... 5 Maude Landry: a little philosophical side 6 New novel by Jean Lemieux: great quest until 1968 7 Variations on the same theme 8 The regression of the Canadian Grand Prix 9 A Red and Black Autumn: Searching for a Better World 10 Housing for seniors: shopping around for your private... 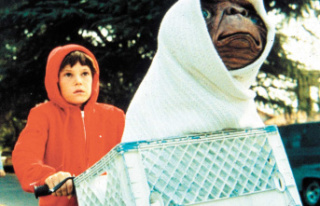