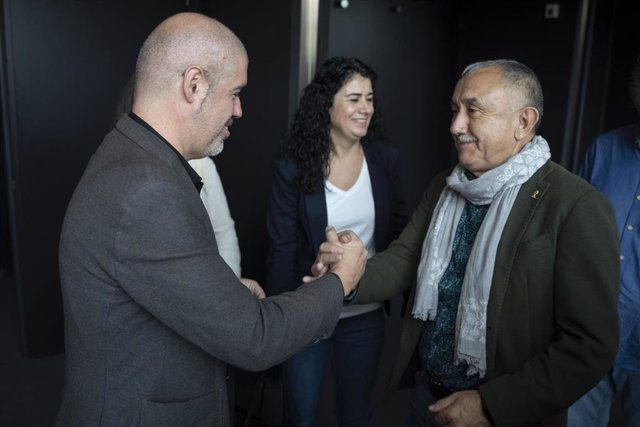 CCOO and UGT will mobilize this Thursday, November 3, in Madrid, delegations and workers from all over the country to demand that employers choose between "salary or conflict", the motto of union demands to claim the Spanish Confederation of Organizations Entrepreneurs (CEOE) a salary increase that cushions the rise in prices.

The unions will tour Madrid with three columns, which will leave at 10:30 am from Atocha, Plaza de España (Calle Bailén) and Puerta de Toledo, and will converge at 12:00 pm in the Plaza Mayor.

This will be the last act of the calendar of mobilizations announced at the end of September by the general secretaries of the CCOO, Unai Sordo, and of the UGT, Pepe Álvarez, to force the employers to resume talks to reach an Agreement for Employment and Negotiation Collective (AENC) and agree on salary increases that respond to the increase in the cost of living due to the rebound in inflation.

The first concentration took place on October 7, in front of the CEOE headquarters, with the same proclamation, "Salary or conflict", which was followed by visits by the general secretaries to different parts of the country to participate in informative assemblies in the companies.

In these tours, both Sordo and Álvarez have continued to call on the employers to sit down at the table of the AENC, and have warned the employers that if salary increases are not achieved, the mobilizations "will not have any limit", although for the At the moment they rule out a general strike.

The unions and employers stopped the AENC talks in May due to the inability of the parties to agree on positions.

UGT and CCOO asked the employers for a wage increase of 3.5% for this year, with wage review clauses in the face of higher inflation, so that workers maintain their purchasing power.

However, five months after leaving those talks, UGT and CCOO observe a different scenario, with higher inflation and a rise in interest rates by the European Central Bank (ECB) that demand equivalent wage increases, and encrypt their claim in the range of between 3.5% and 4.5%.

For the moment, unions and employers have only managed to sign specific agreements in companies. Data from the Ministry of Labor and Social Economy show that up to September, 653 agreements were signed, with an average salary increase of 2.6%. That same month, inflation stood at 8.9%.

The second vice president and Minister of Labor, Yolanda Díaz, has referred in recent days to that number of agreements to invite the social agents to resume the AENC talks. Díaz has stressed this week that it is "important" to raise wages in private enterprise, especially in a context like the current one to avoid "greatly impoverishing" the country.

The minister insists that the AENC negotiation is outside the Government's powers, but recalls in her interventions that the ECB also recommends raising wages by 5% to reduce the risk of late payment and impoverishment.

The vice president's statements and her support for the request for a salary increase by the unions made the president of the employer's association accuse Díaz this week of going "in partnership" with the UGT and CCOO.

Garamendi came out in defense of businessmen and lamented that they are becoming "targets" for the country's ills.

Regarding the AENC negotiation, the president of the CEOE pointed out that it is "a recommendation", and referred to the 653 agreements signed until September, in the specific negotiations of each company or sector. The employers justify their reluctance to wage increases indexed to inflation in the danger of falling into a second-round inflation.

Despite this, Garamendi has expressed his "profound respect for the unions" and their right to demonstrate.

The president of the employers has also denied that the electoral environment within the CEOE is conditioning the salary negotiations and has guaranteed that "no ring would drop if he had to sign an agreement tomorrow."

In addition to the negotiation of the AENC, CCOO, UGT and the CEOE will sit down to negotiate again, this time with the Government, in a few weeks, to agree on the increase in the Minimum Interprofessional Salary (SMI). 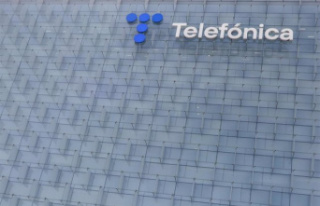 Telefónica aims to capture between four and five...