Russian forces have destroyed a third bridge linking Severodonetsk with the neighboring city of Lysychansk, but this key city in eastern Ukraine is not "isolated" and Ukrainian troops are not blocked, an official said on Tuesday. 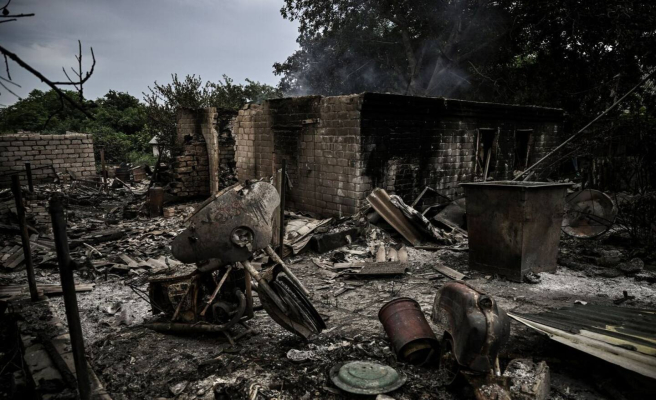 Russian forces have destroyed a third bridge linking Severodonetsk with the neighboring city of Lysychansk, but this key city in eastern Ukraine is not "isolated" and Ukrainian troops are not blocked, an official said on Tuesday. local manager.

“Massive shelling destroyed a third bridge but the town is not isolated. There are communication channels even if they are quite complicated,” the head of the municipal administration, Oleksandre Striouk, told Ukrainian television.

"Russian troops are not giving up their attempts to take the city, but the military is holding out," he added.

However, he stressed that “street fighting is ongoing” and that “the situation is changing from hour to hour”. Lyssychansk and Severodonetsk are two neighboring towns, separated by the Donets River.

Mr. Striouk indicated that “540 to 560 people” had taken refuge in the underground passages of the large Azot chemical factory, under the bombardments. If refueling is difficult, there are “some reserves” in the factory, he said. “The enemy is tearing our greatest enterprise to pieces.”

"The Russians are trying to encircle" the Ukrainians in Severodonetsk, Lysytchansk, and in the localities near Pryvillia and Borivské, indicated for his part the regional governor, Serguiï Gaïdaï, who affirmed that the forces of Moscow had received reinforcements from "two groups of tactical battalions".

"The situation is extremely serious," added the governor, who the day before had announced that Ukrainian forces had abandoned the center of Severodonetsk.

The capture of this city of 100,000 inhabitants would give Moscow control of the Lugansk region and open the way to another large city, Kramatorsk, capital of the neighboring region of Donetsk. An essential step to conquer the entire Donbass basin, a mainly Russian-speaking region partly held by pro-Russian separatists since 2014.

1 South Korea: Truck drivers' strike disrupts supply... 2 It takes effort to do well in school 3 Dominique Anglade has nothing left to lose 4 One Hundred Million Canadians: Trudeau's Dream? 5 Liz Cheney: The Loneliness of Courage 6 Energy transition: financial assistance of $40 million... 7 India: operations underway to save a child stuck in... 8 Passports: Ottawa did not see the passport “crisis”... 9 What is said must remain so! 10 My heart is with the Avalanche 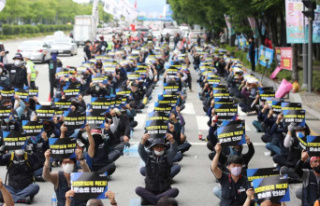