Ukraine: Russians advance in the east, Kyiv awaits a green light from the EU

LYSSYTCHANSK | Russian forces on Wednesday stepped up their advance towards Lyssychansk, a strategic industrial city in eastern Ukraine, on the eve of a European summit where Kyiv hopes to obtain official EU candidate status. 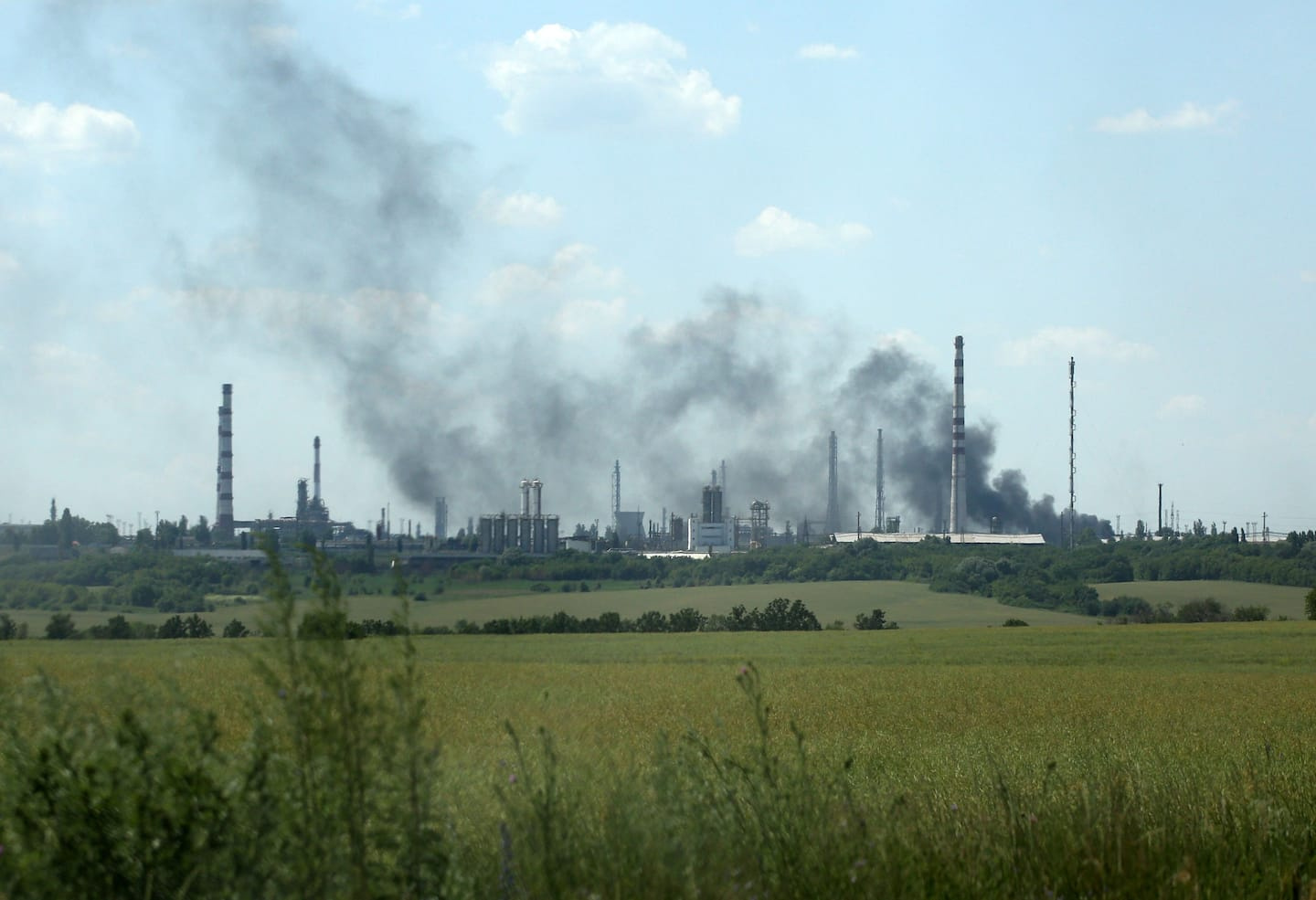 LYSSYTCHANSK | Russian forces on Wednesday stepped up their advance towards Lyssychansk, a strategic industrial city in eastern Ukraine, on the eve of a European summit where Kyiv hopes to obtain official EU candidate status.

• Read also: Moscow changes the address of the American embassy to honor the separatists of Ukraine

• To read also: The Indonesian president will visit Kyiv and Moscow

According to Lieutenant-Colonel Andrei Marochko, representing pro-Russian separatists fighting alongside troops from Moscow, Ukrainian forces are now surrounded in two additional villages located a few kilometers from Lyssytchansk and its twin city Severodonetsk.

"Very soon, the (Ukrainian) groups in Lysytchansk and Severodonetsk will be surrounded", he declared on Russian television, claiming for his camp "colossal (...) successes" in 48 hours. .

"The Russians are approaching Lysytchansk, taking a foothold in neighboring towns and bombing the city with their planes," Serguii Gaïdaï, the governor of the Lugansk region, epicenter of the conflict in recent weeks, had earlier recognized.

According to him, “the Russian army is (also) pounding Lysytchansk with its artillery and its tanks”, and if the Ukrainians still control the city, the deluge of Russian fire there “destroys everything”.

The Ukrainian resistance pocket around Lysychansk and Severodonetsk is the only one still eluding Russian forces in the Lugansk region, where fierce artillery fighting has been going on for weeks.

The two cities are a key step for the Russians in their plan to conquer the entire Donbass, a mainly Russian-speaking basin and partly held by pro-Russian separatists since 2014.

On the spot, "it's hell", estimates Mr. Gaïdaï, but "our men hold their positions".

"The Russians are completely destroying the houses, right down to the foundations, with their artillery," said the head of the city's administration, Oleksandr Stryuk, on Wednesday, estimating that there are "7-8,000 inhabitants" left in this industrial city which had about 100,000 before the war.

On the Russian side, the authorities indicated that two drones had attacked and caused a fire on Wednesday in the Novochakhtinski oil refinery, located in Russian territory, a few kilometers from the border with the Lugansk region.

According to local authorities, the fire did not cause any casualties and was extinguished at the end of the morning. Without accusing the Ukrainian forces by name, Moscow denounced “terrorist acts coming from the western border” of this Russian region.

On the diplomatic level, Ukrainian President Volodymyr Zelensky, in addition to demanding more deliveries of heavy weapons to his Western allies, is working to ensure that the 27 countries of the European Union will grant Ukraine the status EU candidate official on Thursday at a scheduled summit in Brussels.

European Commission President Ursula von der Leyen has called on EU leaders to "rise to the occasion" by agreeing to Kyiv's request.

The European executive gave a favorable opinion on Ukraine's candidacy a few days ago and on Tuesday, the French Minister for European Affairs Clément Beaune, whose country holds the rotating presidency of the Council of the EU, indicated that 'total consensus' between the Twenty-Seven had emerged on this issue.

In Berlin, German Chancellor Olaf Scholz called on Wednesday to set up "a Marshall plan" for the reconstruction of Ukraine.

"We will need several billion euros and additional dollars for years," he said.

The European summit in Luxembourg must be followed by another from the G7 and a third from NATO. The question of financial aid to Kyiv should be at the heart of the discussions of these three meetings.

According to Madrid, Mr. Zelensky will participate by videoconference in the NATO summit to be held from June 28 to 30 in the Spanish capital.

“The truth is that we are still far from negotiations between Ukraine and Russia because [Russian President Vladimir] Putin still believes in the possibility of being able to dictate peace”, also estimated Mr. Scholz.

As Moscow commemorates Nazi Germany's invasion of the Soviet Union in 1941, Russian diplomacy has accused Berlin of fueling "Russophobic hysteria" "systematically through almost daily attacks by members of the German government against our country.

And Moscow received new veiled support from Chinese President Xi Jinping, who, in an implicit reference to NATO, castigated on Wednesday “the widening of military alliances”, responsible according to him among other things for the crisis in Ukraine.

According to Ankara, a Turkish merchant ship left the Ukrainian port of Mariupol (southeast) on Wednesday after discussions between Turkish and Russian delegations in Moscow over grain blocked in Ukraine due to the Russian invasion.

Turkey, which puts itself forward as a mediator, also announced the forthcoming holding of a quadripartite meeting in Ankara with representatives of the United Nations, Russia and Ukraine to advance the file of the cereals blocked in the ports. Ukrainians.

But Kyiv has denied that an agreement has been reached for such a meeting, and Moscow, which imposes a maritime blockade on its neighbor in the Black Sea, has not reported any major progress to unblock Ukrainian ports. as insistently demanded by several African countries worried about their wheat supply.

In Lysytchansk, an AFP team saw Ukrainian soldiers digging a trench to serve as a firing post in a central street, and erecting barricades with barbed wire and branches.

Doctors Without Borders (MSF) on Wednesday denounced the “shocking level” of suffering that the indiscriminate violence of the war in Ukraine is causing to civilians, victims of “constant indiscriminate attacks”.

This lack of respect for their protection "constitutes a serious violation of international humanitarian law", she denounced.

Reporters Without Borders (RSF) has published an investigation carried out in Ukraine which, according to it, proves that the Ukrainian photo-reporter Maks Levin was "executed" with a soldier who accompanied him, after having been probably tortured by soldiers. Russians in March.

This "report will give rise to our sixth complaint" before the International Criminal Court (ICC) in The Hague, RSF told AFP.

1 France: complaints of rape against the Secretary of... 2 Election results in France and Legault 3 The hunt for Republicans is on! 4 Saudi Crown Prince in Ankara to seal reconciliation... 5 Rocket and missile explosions spoil Ukrainian vacation 6 Washington suggests that other Arab countries could... 7 The EU wants to impose compensation for the damage... 8 France: Macron calls the opposition to compromise,... 9 Two police officers sentenced for racist remarks on... 10 Abortion rights violated in the United States: Trudeau... 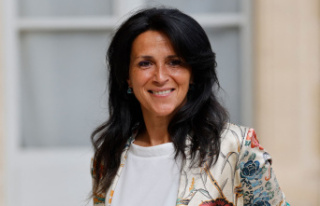 France: complaints of rape against the Secretary of...