Ukraine: Several explosions in kyiv before the G7 summit in Germany

Several explosions sounded in kyiv on Sunday at dawn, a few hours before the opening of a G7 summit in Germany where Ukraine will be discussed, and while Russia is progressing in its conquest of Donbass. 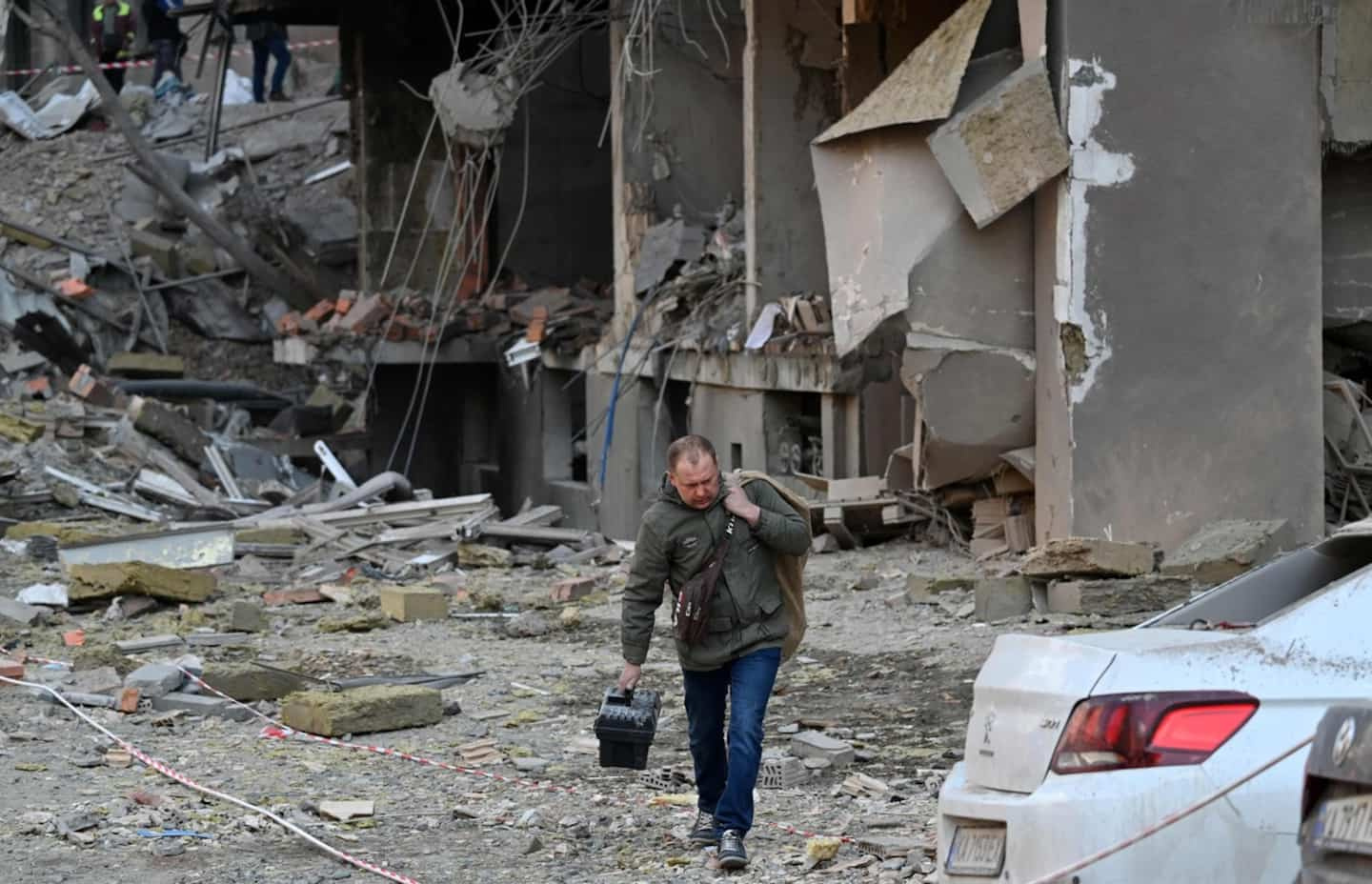 Several explosions sounded in kyiv on Sunday at dawn, a few hours before the opening of a G7 summit in Germany where Ukraine will be discussed, and while Russia is progressing in its conquest of Donbass.

Four explosions were heard in kyiv early Sunday morning, a residential complex near the city center was hit causing a fire and the release of a large cloud of gray smoke, AFP journalists noted.

The blasts occurred around 6:30 a.m. (3:30 a.m. GMT), no information on possible victims was immediately available.

An AFP collaborator living in the same residential complex heard a loud buzz preceding the explosions.

The mayor of the Ukrainian capital Vitaly Klitschko reported on Telegram on these “explosions in the Chevchenkivsky district”, specifying that “ambulances (were) on the way”.

“Ambulances and first aiders are on site. In two buildings, the rescue and evacuation of residents is underway,” he added. Arriving on site, an AFP team observed thick smoke in the affected residential area, which was cordoned off by the police.

These explosions come hours before the opening of the meeting of the leaders of the G7 countries in the mountains of southern Germany.

The leaders of the great powers, including US President Joe Biden, meet from 10 a.m. GMT in the Bavarian Alps, for the annual summit of the club of the seven industrialized countries comprising Germany, Canada, France, Italy, Japan, Kingdom -United and United States.

Mr. Biden arrived in Europe on Saturday evening where he intends to further consolidate, and over time, the ranks of Westerners against Moscow.

In addition to the G7 meeting during which aid to Ukraine must be discussed, he must also go to Madrid from Tuesday for a NATO summit.

British Prime Minister Boris Johnson on Saturday called on G7 leaders not to "give up on Ukraine", warning against "fatigue" in supporting kyiv and announcing additional economic aid of up to $525 million, for bring the total to 1.8 billion.

"Any sign of fatigue or weakening in Western support for Ukraine will work directly in President Putin's favour," Downing Street insisted.

Ukrainian President Volodymyr Zelensky said on Saturday evening that he intended to participate in the G7 summit, noting the entry into the conflict in the fifth month. He must speak Monday by videoconference before the leaders of the seven industrialized countries of the planet, and again demand the dispatch of heavy weapons to counter Russian firepower.

“This is such a step in the war -- morally difficult, emotionally difficult. (...) It is not just the destruction of our infrastructure, it is also the cynical pressure, calculated on the emotions of the population, ”he lamented. But “no Russian missile or bombardment will break the spirit of Ukrainians.”

He also pleaded once again for increased Western assistance in armaments and anti-aircraft systems, deeming the sanctions “insufficient”.

The Ukrainian Air Force on Saturday reported a "massive Russian attack (...) with more than 50 missiles of several types fired from the air, sea and ground" the previous night, stressing that the X-22 , Onyx and Iskander were “extremely difficult” to intercept by Ukrainian devices.

And Russian President Vladimir Putin has announced that his country will "in the coming months" deliver to Belarus, from where strikes have been carried out against Ukrainian territory, missiles capable of carrying nuclear charges.

It is Iskander-M, said the Russian head of state at the start of a meeting with his Belarusian counterpart Alexander Lukashenko in Saint Petersburg (north-west of Russia).

In statements that risk further straining relations between Moscow and the West, the two leaders also said they wanted to modernize Belarusian aviation to make it capable of carrying nuclear weapons.

Attacks were carried out from Belarus at the very beginning of the invasion of Ukraine launched on February 24.

Russian forces achieved major military successes in eastern Ukraine on Saturday, fully capturing, after a fierce battle, the strategic city of Severodonetsk and entering the neighboring city of Lyssychansk, in beginning of the fifth month of conflict.

Severodonetsk is "entirely occupied by the Russians", thus recognized at the end of the afternoon its mayor Oleksandre Striouk, the day after the announcement by the Ukrainian army of its withdrawal from this city of approximately 100,000 inhabitants before the war to better defend the locality of Lyssychansk, located on the opposite bank of the Donets River.

Governor of the Lugansk region Sergiï Gaïdaï confirmed the occupation of Severodonetsk on Saturday evening, stressing that the city was “90% destroyed”. It will be very difficult to survive it.” According to him, the Russians have appointed a "commander" for this city from which it is only possible to escape "through occupied territories".

At the same time, the separatists declared that they had "taken full control of the industrial zone of the Azot factory" in Severodonetsk and entered Lysychansk with the Russian military.

“Street fights are currently taking place there,” they added, without confirmation from an independent source being immediately obtainable.

Crucial progress on the ground for Russia, which wants to conquer the entire industrial basin of Donbass, already partially in the hands of pro-Russian separatists since 2014.

“Everyone is suffering. We try to survive,” says Nina, 64, a retiree pushing her bicycle in Seversk, near the front line. “There is no (running) water, no gas, no electricity. We have been living under the bombs for three months, it is the Stone Age”.

“The city is downright dead and we would like to live a little longer,” complains Marina, 63, a retired worker. "They are just killing us, it's dangerous everywhere."

The Russian army says it killed "up to 80 Polish mercenaries" in a bombardment, also destroying twenty armored vehicles and eight Grad multiple rocket launchers in high-precision weapons fire on the Megatex zinc plant in Konstantinovka , in the eastern region of Donetsk.

This information was also not verifiable. Moscow frequently claims to "eliminate foreign mercenaries" who have gone to fight in Ukraine.

In the south, the Russian Defense Ministry said on Saturday that "more than 300 Ukrainian servicemen and foreign mercenaries and 35 heavy weapons units" had been "liquidated in one day in the Mykolaiv region".

The operational command of the southern region indicated on the night of Saturday to Sunday that the Russians continued their "defensive actions", increasing the intensity of the strikes, but "without aiming at new targets".

In Kharkiv (north-east), Ukraine's second largest metropolis, which has resisted pressure from Russian troops since the start of the offensive, missiles are falling again daily on the city center.

1 Summer Readings for Federal Leaders 2 The best get their chance 3 “I pulled cows and raised pigs on the family farm”... 4 The Ferrandez solution to the passport crisis 5 Personal data at stake after the abolition of the... 6 Mysterious discovery of 20 corpses in a bar 7 Moscow says it hit a military training center near... 8 Ukraine calls for more weapons and sanctions against... 9 A man in psychosis kills four in Montreal 10 Novak Djokovic persists and signs 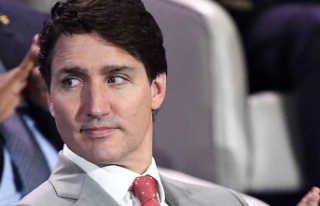