UP charges against the agreement between the Government and banks on mortgages: "It leaves many families out"

From ERC and the PDeCAT they consider that it is a good measure, but they will wait to know all the details. 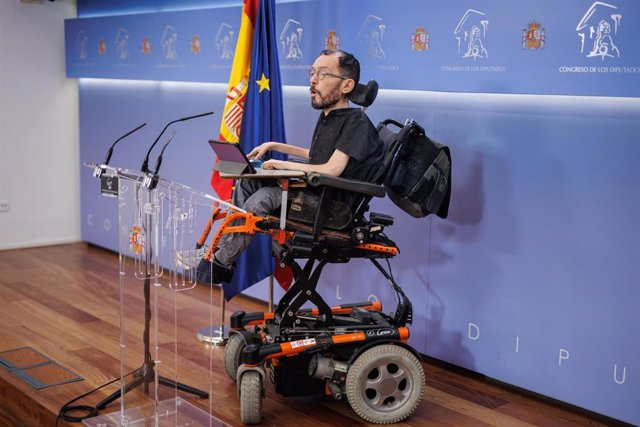 From ERC and the PDeCAT they consider that it is a good measure, but they will wait to know all the details

The spokesman for Unidas Podemos in Congress, Pablo Echenique, has criticized the government's initiative to alleviate the mortgage burden of vulnerable families through an agreement with the bank, pointing out that it "leaves many families out" and "will hardly reduce the of the mortgage".

In a message posted on his Twitter account, Echenique has referred to "the measures that Vice President Calviño has leaked", which, in his opinion, "almost do not touch the obscene benefits of the bank."

In this same message, the deputy has assured that from his parliamentary group they will continue working "to limit the abusive increases of truth". The 'purple' proposal to protect vulnerable mortgagees, included in a bill registered last September, goes through a temporary ceiling on the rise in variable-rate mortgages.

For his part, Deputy Rafael Mayoral, also from Unidas Podemos, has pointed out that the measures undertaken by the Executive branch from the "gaps" and the "serious legislative deficiencies" of the Real Estate Credit Law.

In this sense, it considers necessary a regulation that includes dation in payment and that articulates removal mechanisms that prevent "vulture funds" from enriching themselves in situations of special gravity for families. With all this, the 'purple' deputy points out that "without a doubt" it will be necessary to do "many more things", and above all to change the legal architecture of the social responsibility of financial institutions.

IT DOESN'T MEAN THAT THEY VOTE AGAINST

However, Mayoral has clarified that these criticisms do not mean that since its formation they will oppose the approval of the decree in the Council of Ministers.

On behalf of ERC, Gabriel Rufián has welcomed the initiative of the Ministry of Economic Affairs, although he has indicated that the fine print still remains to be seen. "In principle, it seems good to us that citizens be helped around the mortgages with which they are falling," he pointed out in the halls of Congress.

Meanwhile, Ferran Bel, from PDeCAT, has stressed that the initiative is a "significant advance" and from his group they are predisposed to "be able to collaborate" in the processing of the decree, which will be approved today by the Council of Ministers.

MORE FACILITIES FOR THE CONVERSION OF MORTGAGES TO FIXED RATE

The package of measures announced by the Ministry of Economic Affairs will act in three ways: improving the treatment of vulnerable families, opening a new framework of temporary action for families at risk of vulnerability due to the rise in rates and adopting improvements to facilitate early repayment. of credits and the conversion of fixed-rate mortgages.

For vulnerable mortgage debtors (with incomes of less than 25,200 euros per year, three times the IPREM), the Code of Good Practices approved in 2012 will be expanded and strengthened, so that they can restructure the mortgage loan with a reduction in the interest rate during the grace period of 5 years (up to Euribor -0.10%, from the current Euribor 0.25).

Likewise, the term to request the dation in payment of the house will be extended to two years and the possibility of a second restructuring is contemplated, if necessary.

Households with an income of less than 25,200 euros per year that dedicate more than 50% of their monthly income to paying the mortgage, but that do not meet the current criteria of a 50% increase in the mortgage effort, may benefit from the Code with a grace period. of 2 years, a lower interest rate during the grace period and an extension of the term of up to 7 years.

THE GOVERNMENT TRUSTS THAT ALL FINANCIAL INSTITUTIONS WILL JOIN

The negotiation that the Government maintains with the bank employers (AEB, CECA and UNACC) and with the Bank of Spain continues open, pending finalizing the last details.

The Vice President and Minister of Economic Affairs, Nadia Calviño, has expressed her confidence that all financial entities apply and join the measures to alleviate the mortgage burden on the most vulnerable and middle-class families. 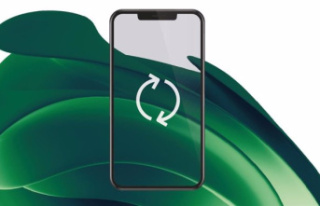 Movistar expands its Buyback program and will also...