Variations on the same theme

Several board games create a universe in which the variants multiply. 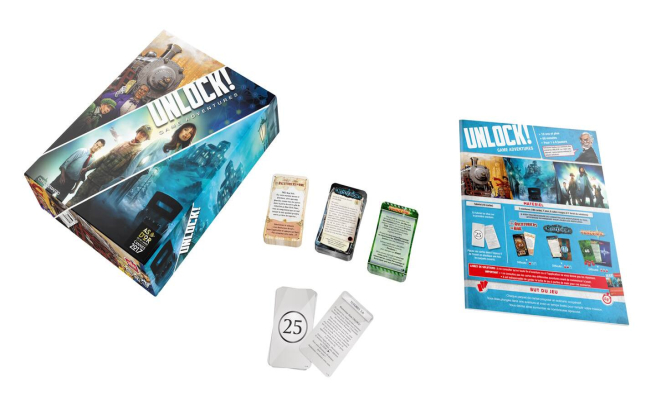 Several board games create a universe in which the variants multiply. We dive into four games that come from known themes and that bring their own elements to diversify the gaming experience.

The Codenames game needs no introduction. Two teams compete with the objective of guessing words thanks to clues based on associations of ideas.

We must avoid saying the black word, which makes us lose the game, or helping the other team by giving a clue to our partners which could make them discover an opposing word.

There are several variants of Codenames, notably with images, in the Disney universe or in that of the Simpsons. But here is an entirely Quebec version.

The principle of the game remains the same, but with words that are typical of us, such as "poutine" or "sloche", for example.

We are therefore not here in a reinvention, but rather in a targeted edition that arrives in time for the summer. All we have to do is wish you a happy Saint-Jean!

The Unlock Escape Games! have been very successful for several years with their simple system where you have to solve puzzles using cards and an application.

Already a good ten boxes have been produced and they are selling very well, both on the new market and on the user market.

We had the brilliant idea here to make a cross between Unlock! and existing games to create puzzles in universes that will be familiar to players.

There are thus three adventures, as in each box. The first is set in the universe of Les Aventuriers du rail. We then go to the side of the very beautiful Mystérium to conclude on the popular Pandemic.

It is therefore by searching scenarios created from known themes that players will try to solve the enigma before the 60 minutes are up.

And as always, the level of difficulty increases from one scenario to another.

There have already been three versions of the popular game Azul and they were all aimed at a fairly large audience since the rules were quite simple and accessible. We took tiles, placed them to make patterns and score points. Each version having a little variation, but nothing too disorienting.

This fourth version is the most full-bodied of the lot and first-time fans will have to work a little harder to assimilate the rules.

We also suggest that you do not start with this one if you want to introduce the Azul range to a neophyte.

In addition to laying tiles, you also have to enlarge your garden and when designing it, many laying constraints complicate your decision-making.

The mechanics have been refined and are far more complex. You will need a few parts to get familiar with it.

Like the other opuses, the material is pretty and of good quality.

But we tell you, be ready for a good challenge.

Henry Audubon had a great success with the game Parks, richly illustrated and whose game honored nature.

Parks is a hike that takes us through American national parks to collect resources, take photos of them and save postcards.

Trails bathes in the same universe and it is already noticeable in the visual. Players control a hiker again and we visit places that will allow us to collect resources and photos.

It's ultimately the same idea, but executed differently and more simply in a smaller box and we visit places rather than national parks.

The game takes place over a day and the mechanics allow you to reproduce the course of the day with the sun progressing in the sky.

Plus, the bird collection is added, which makes perfect sense when you consider that Audubon shares the same last name as famed ornithologist John James Audubon.

1 The regression of the Canadian Grand Prix 2 A Red and Black Autumn: Searching for a Better World 3 Housing for seniors: shopping around for your private... 4 More and more places for seniors 5 New key rate hike in July by the US central bank? 6 Inflation: many Canadians postpone their retirement 7 Strike at the Casino: burst of croupiers on the occasion... 8 Quebec gives a boost to art training organizations 9 Real estate: Marked increase in rental costs in Montreal 10 $14 million to increase the capacity of the world... 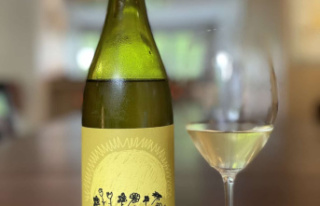 The regression of the Canadian Grand Prix