Washington and Seoul warn of another North Korean nuclear test

The United States and South Korea multiplied warnings on Monday to try to dissuade North Korea from carrying out another nuclear test, promising a “swift” response with more sanctions and even a revision of the “military posture” American. 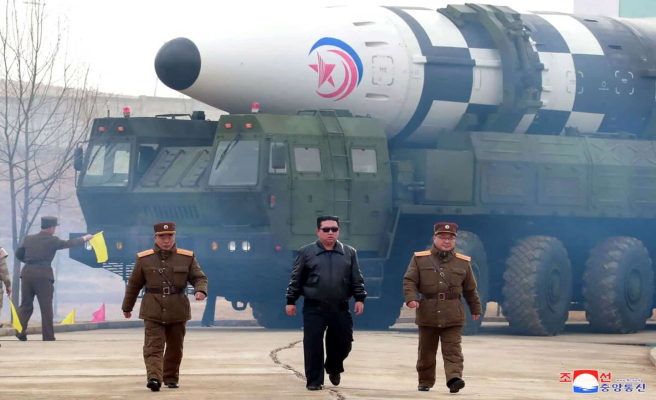 The United States and South Korea multiplied warnings on Monday to try to dissuade North Korea from carrying out another nuclear test, promising a “swift” response with more sanctions and even a revision of the “military posture” American.

• To read also: “Frank” and “productive” interview at the White House between advisers to Biden and Xi

"We continue to be concerned about the prospect of what would be a seventh nuclear test", but the first since 2017, declared the head of the American diplomacy Antony Blinken in front of the press in Washington, reaffirming that Pyongyang had made "preparations in this sense.

At his side, his South Korean counterpart Park Jin went even further, assuring that the North had "completed the preparations". "I think all that's missing is a political decision" to take action, he said.

Washington has believed since last month that Pyongyang is preparing to break with its five-year moratorium on nuclear tests.

Such an act, which would be considered by the international community as yet another "provocation" violating the resolutions of the United Nations Security Council, would put the United States at odds, which has never ceased to stretch the hand to the North Koreans to relaunch the dialogue with a view to "denuclearization".

This strategy of President Joe Biden has so far borne no fruit, by the very admission of his government. On the contrary, it has already been battered since the beginning of the year by an unprecedented succession of North Korean ballistic missile launches, including intercontinental ones.

"We will continue to try to contact North Korea, we are in favor of seeking a diplomatic approach," insisted Antony Blinken, confirming his offer of dialogue "without preconditions" - and therefore even if Pyongyang leads its nuclear test. The ministers of the two allied countries also reiterated their offers of help in the face of the Covid-19 surge that the North is facing.

"Unfortunately, what we see so far from North Korea has been either a lack of response, or a response in the form of increased missile testing," the secretary said. US state.

He therefore “urged” the reclusive East Asian country to “refrain from any further destabilizing activity”.

And he warned that Americans would not sit idly by.

“We are in very close contact with our close allies and partners, starting with the Republic of Korea, as well as Japan and others, to be able to respond quickly,” he added.

This response would take the form of new "international sanctions" and increased "isolation", explained the South Korean minister, if possible via an additional UN Security Council resolution - even if Russia and the China have so far opposed it with their right of veto.

He discussed with his American counterpart “concrete ways to fill the loopholes in the application of existing sanctions”, to prevent their escape. Antony Blinken assured him that he would continue to "keep up the pressure" by targeting those who help Pyongyang circumvent punitive measures.

But beyond economic isolation, "we are preparing for all scenarios (...) and we are ready to adjust our military posture in the short and long terms, as much as necessary", he said. he still warned.

Seoul and Washington have also come out in favor of "extended deterrence", by which the United States undertakes to militarily deter the North from attacking the South.

1 Stormed parks that spark complaints 2 $200 to afford a less flat school 3 Mickelson always so comfortable with his choice 4 Police threatened with death after the arrest of far-right... 5 US Congress Debates Legislation Supposed to Tackle... 6 Fate continues to hang over Stephen Strasburg 7 Toronto: no release for 25 years for ram-truck killer 8 Toronto street named after Kyle Lowry 9 After interrupting Britney Spears' marriage,... 10 Guns: Hollywood stars want movies to lead by example 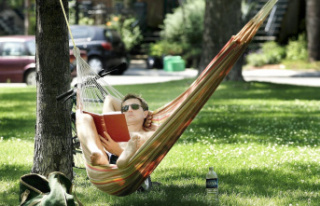