What future for LIV Golf and the sport? 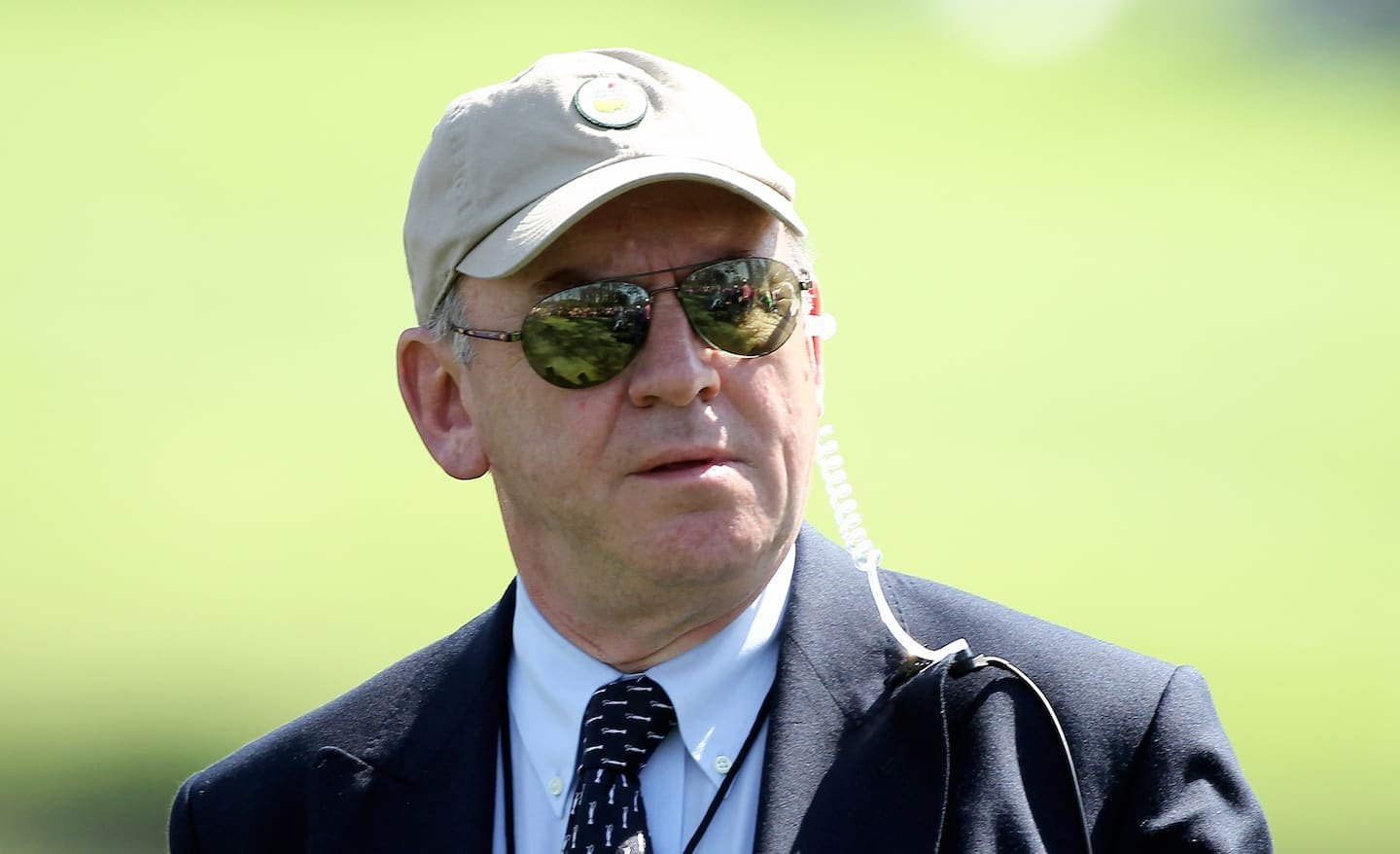 BEDMINSTER, New Jersey | As the new LIV Golf series plays spoilsport in the sports ecosystem, one crucial question still remains unanswered. Will it be officially recognized by the world ranking organization so that its players can earn the precious points?

It is the sword of Damocles that hangs over the future of sport.

Full recognition would change all the beacons of the sport, while a denial would accentuate the division between LIV and the traditional circuits while causing irreparable harm.

The answer will come from the pen of Peter Dawson, big boss of the world ranking. During the week of the British Open, the big decision maker once boss of the prestigious Royal and Ancient (R

It is currently under study. The strength of the field, the formats used, the type of competition and the courses selected, among others, are among the criteria scrutinized.

No one can estimate the response time. Some of the 22 circuits under the World Ranking umbrella have waited a few years to gain recognition.

Given the challenges facing the sport, it would be surprising if Mr. Dawson delayed his decision for so long. Greg Norman, commissioner of LIV Golf, met him in Scotland to present his business model.

But in the governance office, Dawson is surrounded by representatives from Augusta National, R

The majority of them have fiercely expressed their opposition to the new league because of its behavior, its source of funding, its structure and its impact on the sport. Of the lot, only the president of the Augusta National, Fred Ridley, has not yet issued his comments since the storm lifted after the last Masters, in April.

During the Open in St Andrews, the president of the R

The Governance Office and its Technical Committee ensure that the global golf system runs smoothly. According to his mission, he must refine it and adapt it to the constantly changing structure of the sport. He must also listen to suggestions from players and circuits he has recognized.

Confronted with the bad wolf who entered the fold this summer, Dawson must make an informed decision in keeping with the mission of the organization.

The world ranking has been used as a tool to determine the grids of the major championships for more than 30 years. A good performance in the ranking is the main gateway to the four Grand Slam tournaments.

Without earning points since he plays on an unsanctioned circuit, a golfer tumbles by losing his privileges. Thus, depending on the eligibility criteria, he may be excluded from the American and British Opens, the PGA Championship of America, the Masters Tournament and the World Golf Championships (WGC).

Although they want to feature the sport's top tier, officials at three of the four Grand Slam tournaments have said they will revise their eligibility criteria. The last in line, Martin Slumbers, of R

In the meantime, players who have deserted the traditional PGA and DP World Tour tours and want to maintain their performance in the world rankings are toying with the intention of participating in events on the Asian circuit.

The Asian Tour has also received an investment of $300 million from LIV, which plans to organize a series of international events on Asian soil.

Those who thought they would take it easy by participating in a handful of tournaments with high and assured purses could be forced to reconsider their strategy by traveling to Asia.

In the best of all worlds, the professional circuits should agree on the rules of the game by learning to coexist. But the traditional circuits that are losing stars do not seem ready to soften their hard line.

Right now, it's hard to believe in a truce.

Backed by Saudi Arabia's Public Investment Fund, Greg Norman assured LIV is here to stay and as a bonus the league is only picking up speed with the 2023 business model unveiled this week.

The future will tell if this model is viable.

The new LIV Golf series puts the package on its concept of teams to promote a product that it touts as an innovation.

Team competition is not new to the landscape of professional golf. It's just less common. An annual PGA Tour tournament, the Zurich Classic in New Orleans, offers a team format.

But the best known are obviously the Ryder Cup, one of the biggest sporting competitions in the world, which pits American golfers against those from Europe. The Presidents Cup pits Americans against international players. These are biennial events.

The management of LIV Golf believes that it is innovating since it offers a team formula at each of its tournaments. The 48 players are divided among 12 teams led by a captain who is obviously among the headliners of the league. The two best scores are retained at each hole.

In the team ranking, the top 3 share an additional purse of $5 million, of which $3 million is given to the champion team. Each of the players receives 25% of the amount.

The eighth and final tournament of the season, on the Blue Monster course at Trump National in Doral, Florida, will be reserved entirely for the team format. The 12 teams will face off in knockout matches. The purse will amount to $50 million, of which $16 million is reserved for champions.

Still in a break-in period, LIV is trying to stabilize and establish its foundations. It is anticipated that formations will be less subject to change as future events unfold.

The leaders of the league frequently repeat that they want their formula to resemble Formula 1. On the ground, it is rather difficult to follow since all the groups start at the same time.

To distinguish itself, the league is trying to refine its project. Moreover, we find a similar type of game in the American college ranks.

“Amateurs understand team games. LIV's formula just adds a layer. We will all improve it over time. One day, maybe the teams will be more popular than the players. We will have to see how the formula develops, ”said Paul Casey on the sidelines of the tournament in Bedminster.

A bit like the contracts signed, the leaders of LIV continue to inflate the "balloune". They claim that there will soon be no availability to join the breakout series.

Southpaw Bubba Watson, 43 and a two-time Masters champion, is the league's recent take.

New hires are expected to be announced after the PGA Tour schedule concludes in early September.

The rag has not finished burning in the world of golf.

According to the directors, the LIV series would be ahead of schedule. This is why it announced, on the sidelines of its third tournament this week, its 2023 calendar.

This features 14 tournaments that will be played across North America, Latin America, Europe, Asia, Australia and the Middle East. The tidy total purse will climb to $405 million...

To release its 48 players, this calendar would not interfere with the important events of the traditional golf season, in particular with the majors and international tournaments.

The novelty is that LIV will launch its franchises to form a real league of 12 teams. This is obviously why it relies on the team formula to distinguish itself (read other text above).

Still owned by LIV, these teams will be managed by captains. These will have to convince the golfers they wish to hire to reinforce on-course training and establish a solid marketing strategy to develop the market for their logo.

Through this strategy, LIV hopes to attract investors ready to embark on its business model. This task does not promise to be easy because of the main source of money: the Saudi Arabian Public Investment Fund. By joining the league, several golfers have lost sponsorships. Major companies have severed longstanding ties, including RBC with Dustin Johnson and UPS with Lee Westwood.

LIV is also looking to attract a broadcaster or streaming media. Among its major leaders, the league has several former major networks, including FOX. We remember, however, that in 2020, he had broken his 12-year contract with the USGA, which had started in 2015.

Without an agreement, it will continue to broadcast its tournaments on its website and social networks.

Under fire from critics since its arrival in the world of golf because of its ultra-aggressive strategy, its format and its lack of program to contribute to the development of the sport, LIV continues to spend lavishly.

It delves further into the principle of money laundering through sport, because to continue to restore the image of Saudi Arabia, the league has invested $300 million in the Asian Tour and will inject $100 million into a social responsibility foundation in the sport.

1 Osheaga: "We just want to forget" 2 Five must-haves of Summer Arts 3 "I'm really proud to star in Confessions"... 4 Five questions to Francis Darche, director of Refuge... 5 Orchester Métropolitain: the importance of reaching... 6 Essay by Maï Nguyen: the war told by a child 7 Marjorie Armstrong's first novel: the beautiful... 8 Novel of a father-son duo: dreaming of winning the... 9 Tina Turner: triumphing over adversity 10 Real estate: Quebec spared by the market slowdown 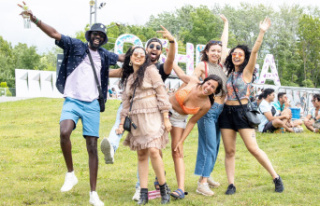 Osheaga: "We just want to forget"