Fruit of temperate climates and factor of peace when it abounds, wheat has become in a few months a diplomatic weapon in the context of the Russian invasion of Ukraine: a look back at the reasons for a major crisis which threatens the food security of millions of humans. 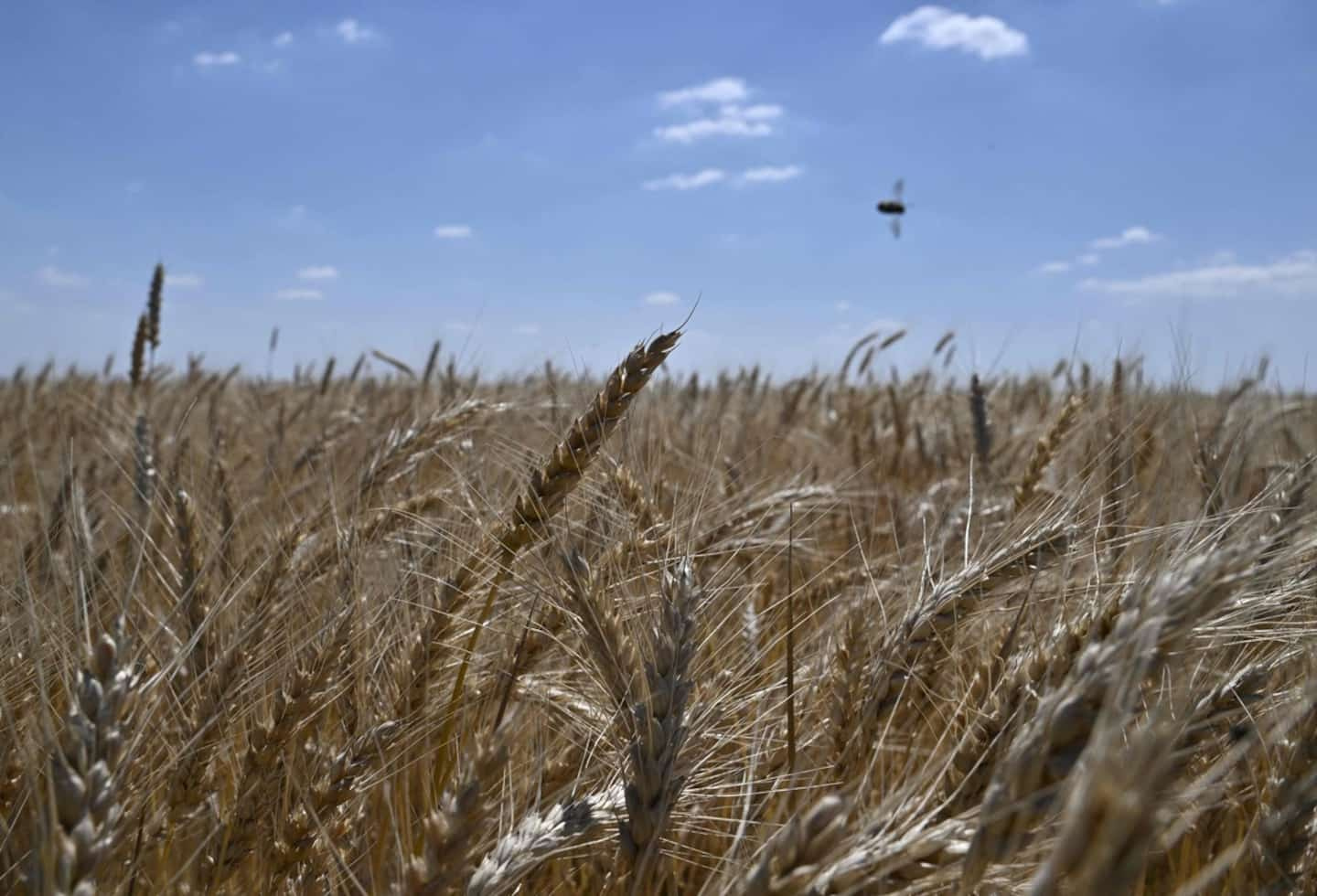 Fruit of temperate climates and factor of peace when it abounds, wheat has become in a few months a diplomatic weapon in the context of the Russian invasion of Ukraine: a look back at the reasons for a major crisis which threatens the food security of millions of humans.

• Read also: The Russians advance in the Donbass, Sweden and Finland at the gates of NATO

More than 200 million people suffer from acute hunger in the world according to the UN, which fears new "hurricanes of famine" under the effect of the rise in food prices, vertiginous since the beginning of the conflict.

In the form of semolina, flour or bread, "wheat, everyone eats it, but not everyone is able to produce it", summarizes the French economist Bruno Parmentier, author of "Nourrir l' humanity”.

Today, only a dozen countries produce enough common wheat to be able to export it: China, the world's largest producer, imports quantities to feed 1.4 billion inhabitants, the major exporters being found in Russia, the United States United States, Canada, Australia and Ukraine.

Consumed by billions of people and heavily subsidized by states, wheat is "the major cereal for global food security", underlines Sébastien Abis, associate researcher at the Institute of International and Strategic Relations (Iris) in Paris. Corn, which is produced more, is "above all used for animal feed or industrial needs".

Cereal prices were already very high before the war: the price of wheat rose on all markets from autumn 2021 and remained at high levels thanks to the post-Covid economic recovery.

Several factors explained this upward curve: the surge in energy costs which followed the trajectory of hydrocarbons, nitrogen fertilizers (made from gas and whose price tripled in one year), transport (congestion of ports, lack of manpower...) and the weather, with in particular a catastrophic harvest in Canada, under a dome of crushing heat last summer.

In the wake of the Russian invasion, on February 24, 2022, the price of wheat broke records: the price rose to more than 400 euros per tonne in May on the European market, double last summer .

This increase is unsustainable for the poorest, in particular the thirty countries which depend "at least 30% on Ukraine and Russia" for their imports, underlines the FAO.

These two countries, historically breadbaskets of Europe, accounted for 30% of total world cereal exports. In recent years, their production has steadily increased, with Russia taking the lead among exporting countries, while Ukraine was on the way to taking third place.

Their weight on the market weighed heavily in "the dynamic of fear" which imposed itself in the first months of the conflict, notes Edward de Saint-Denis, of the brokerage firm in commodities Busty

The closure of the Sea of ​​Azov and the blockade of the Ukrainian Black Sea ports immediately deprived the markets of more than 25 million tons of seeds (all products combined), blocked in the farms or the silos of the port installations.

Despite enormous efforts to evacuate these products by road and rail, exports remained six times lower than by sea.

Until the edge of the front areas, the farmers finally managed to sow. Harvests are expected to decline by 40% for wheat and 30% for corn, according to estimates from the main association of producers and exporters in Ukraine.

“In times of war, the major producing countries literally hold the fate of others in their hands,” says Bruno Parmentier, because “no government can afford to let its capital go hungry.”

But famines are “never linked to food production”, “they are always caused by problems of access”, recently underlined Arif Husain, chief economist of the World Food Program (WFP).

As the conflict got bogged down, negotiations began in early June at the request of the UN, under the aegis of Turkey, to set up "secure maritime corridors" allowing the export of Ukrainian stocks. In vain.

Moscow demanded the at least partial lifting of Western sanctions, accused of aggravating the food crisis. A request qualified as "blackmail" by the head of American diplomacy Antony Blinken in early June.

The solution could have been, for countries that had reserves, to put grain back on the market. But most of the stocks are in China, which never resells them, and India, which had pledged to sell more out of solidarity with the most dependent countries, has suddenly backtracked: hit by a devastating heat wave, it imposed a temporary embargo on its exports – which further boosted prices.

Russia, whose wheat harvest promises to be extraordinary this year, "continues to sell to certain countries, particularly in the Middle East, which in exchange will not vote against it at the UN", notes a market observer. . “It also distils its gas and fertilizers, which are powerful diplomatic levers. »

In the short term, the solution will come from new harvests, which promise to be “rather good” in America, Europe or Australia. The 2022 wheat harvest is forecast at 775 million tons, according to the US Department of Agriculture.

Prices, which had risen very high for geopolitical reasons, have come down in recent weeks for several reasons: the start of the harvest, the markets' integration of the situation in Ukraine, and the fear of an economic recession, explains Edward de St Denis.

In the medium term, "we must ensure that we have more foodstuffs produced and processed locally", argues Elisabeth Claverie de Saint-Martin, patroness of CIRAD, a French organization for agricultural research and international cooperation for development, during of a conference.

“Agricultural Africa covers 80% of its needs. We must now generalize agro-ecological transitions, to deal with climate change, and support these transitions which must be economically sustainable", she says, recalling that our agri-food system is not: between waste in the north and the problems transport and cold chain in the south, "30% of what is produced in the world is never consumed".

“Ukraine, a major exporter of wheat and sunflower, is also a major player in seed production, a strategic activity for its agricultural balances, but also those of its economic partners.

This country is the second destination outside the EU for French exports of seeds and seedlings. Several French companies have set up production and distribution units there. These activities, combined with exports, represent nearly 400 million of the 3.3 billion euros in turnover of French seed companies.

About fifteen companies were affected by the war (problems of transport, supply, security). »

What has been the impact of the conflict?

“Ukraine mainly exports commodities (wheat, sunflower) to the markets. Deprived of part of its seeds, it will therefore produce less and export less, regardless of the improvement in export conditions.

The farmers, who were exempt from conscription, were able to sow almost everywhere, but with difficulties: lack of fuel for the tractors, mined fields near the front lines, destruction of agricultural equipment.

The loss of seed production is estimated at between 40 and 50%. That's what's going to be the problem. Because what is not sown will not be available for cultivation next winter. There will be no shortage for 2023 in France. On the other hand, there will start to be some at the level of the European Union from 2023 and in 2024.

“France would have the technical possibility of compensating, but the surge in agricultural production prices has made seeds less attractive. Farmers were more likely to favor selling on the markets.

In normal times, sunflower seed, for example, is better paid than that intended for the manufacture of oil, which encourages multiplier farmers. This year, we aimed to increase French production of sunflower seeds, but we only sowed 15,000 hectares, down about 10% compared to 2021. The availability of seeds for 2023 will therefore be reduced by as much .

Seed production is also more labour-intensive. We have irrigation constraints – for corn, sunflower – at the time of pollination: water stress must be avoided so that the plant can then produce at full capacity.

We also have isolation constraints: we ask that there be between 500 and 1,000 meters between crops to keep the purity of the resulting variety – to avoid transfers via pollen.

For the future world production of sunflower, everything will depend on the seed harvest in California, Turkey, Russia or Argentina. Winter species, such as wheat, were already sown when the conflict began: if there is a problem with availability, it will be in 2024. 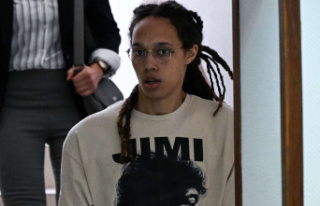