When the PGA meets F1

But what was Ryan Hart, the CEO of the President's Cup and one of the leaders of the PGA doing in the office of François Dumontier yesterday morning?. 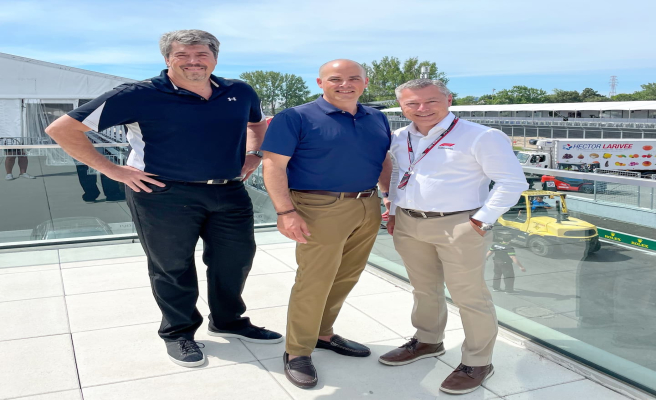 But what was Ryan Hart, the CEO of the President's Cup and one of the leaders of the PGA doing in the office of François Dumontier yesterday morning?

Does the Canadian Grand Prix intend to install a mini-putt behind the grandstands?

Silly question that I did not ask Ryan Hart. But I wanted to know anyway. The PGA will present the President's Cup in Montreal in 2024. It will be the first presentation in Quebec since 2007. I wanted to know better how we prepare for an international event that lasts less than a week and has a huge reach.

“I thought that the Grand Prix du Canada, the most important tourist and sporting event in the country, could allow us to improve our approach”, answers Ryan.

“François Dumontier was generous. He took us all the way around. I was able to see firsthand how French was treated on the site. For us, it is important if we want to avoid any misunderstanding or lack of respect. In addition, the Grand Prix requires the erection of many temporary infrastructures. We will have the same challenge for the President Cup. There are a thousand and one details that I was able to observe during this hour spent visiting the facilities,” says Mr. Ryan.

And he adds: “We will have a clientele that is both local and international. We will establish links and relationships with Montreal and Quebec. Again, François Dumontier gave us information and information. This visit is an excellent investment. »

For those who remember, it was in Montreal in 2007 that specialists and at least one gynecologist noticed that Tiger Woods was limping between two holes. He had surgery in the following weeks.

François Dumontier was proud of this visit. For a week, he has been facing the usual criticism from environmentalists and certain stakeholders.

But all the tickets are sold and the enthusiasm does not wane: “We are proud that a large organization like the PGA comes to see us to learn certain things about the organization of a major event. We don't hide our game and we showed everything. If I can help, so much the better,” he said.

Dumontier is also proud when he reveals that representatives from nine Grands Prix around the world will be in Montreal on Sunday.

“People from Singapore, Dhabi, Qatar, Brazil, Las Vegas will be with us. To see what we do special to make our event so special in F1. In addition, Barcelona will be here because they will be building new garages for 2024. There is also a minister from the state of Victoria who understands Melbourne who comes to inquire about our garages. Melbourne should have new facilities for 2024,” said Dumontier.

We are therefore going to introduce Minister Caroline Proulx and François-David Rouleau to him.

THE REVIVAL OF MONTREAL

It's hard to make an omelet without breaking eggs. Some howl at the Grand Prix, a symbol of the chariot, sex and other vices usually offered and controlled by the government.

But we know that the ideal world is that of confinement and curfew. The world locked in the four and a half and therefore less pollution.

But in the meantime, there is another life: “I am also proud of what the Grand Prix brings to the economic recovery of the city center. All the hotels are full. We send some of our clients to Valleyfield or Saint-Sauveur. Even there, the Manor is full. The restaurants are not enough to meet the demand and this year, it is estimated that 57% of our clientele are visitors who come from outside Quebec. It's major. We think we are contributing while offering a great race,” said Dumontier.

Paul Wilson was fired along with Marc Bergevin and Trevor Timmins. A general manager and a big scout with big arms, we can understand. These are dismissals that occur when there are no more coaches to sacrifice. But an honest public relations officer and vice-president of communications is rarer.

Paul Wilson is back. He has accepted a mandate with the PGA to work on the presentation of the President's Cup starting September 23, 2024 at the Royal Montreal Golf Club. And he quickly regained his composure and efficiency.

Wilson does not hide that he was very shaken by his dismissal. But as a man of experience, he quickly understood that the best guarantee he could offer to a future employer was discretion. So you won't hear him puking on the Sainte-Flanelle. The CH remains a great organization that he was happy to serve.

It was Hubert Richard, a manager of Effix, François-Xavier Seigneur's company, who recommended him to the PGA. It was last January. And Effix is ​​a creature of the Canadiens, we know that.

In other words, Wilson already has the PGA in his clientele. With this contract in hand, by September, he will be drafted by a large crisis management and communications company.

This is the easiest prediction in town.

Apart from the Lightning in six.

1 American League: the course of the Laval Rocket comes... 2 Lions point guards will return 3 Soccer: a Canadian rating that could be very profitable 4 The world masters land in Quebec in January 5 He gives the Avalanche the victory: “I just had... 6 NBA: Christian Wood would move to the Mavericks 7 Last day of work before retirement for Pierre Bruneau 8 Accused of sexual assault, Kevin Spacey “vigorously”... 9 Oliver Stone defends himself against Putin 10 "Masked singers": a workshop like a hive... 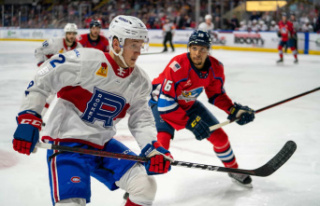 American League: the course of the Laval Rocket comes...