Why is Félix Auger-Aliassime made so dominant? His trainer says...

It was at the US Open at the end of August. 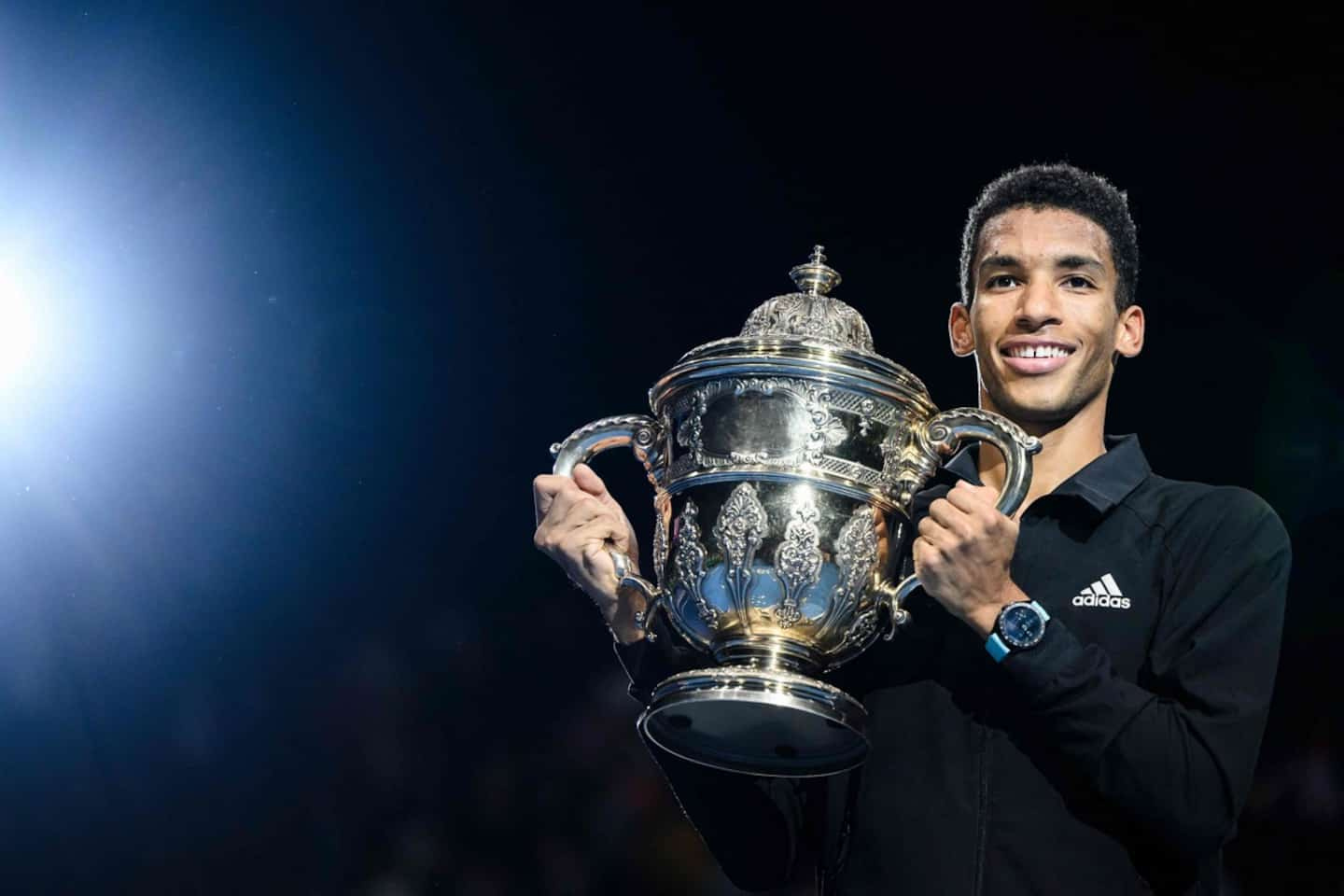 It was at the US Open at the end of August. In the interview room, Félix Auger-Aliassime was obviously disappointed. He had just been eliminated in the second round by the Briton Jack Draper. "It's not a good feeling, especially in a game that I saw myself winning," regretted the Quebecer then.

• Read also: Denis Shapovalov advances to the final in Vienna

More than two months have passed and here is Félix surfing on the best moments of his professional career: three titles in as many tournaments and 13 victories in a row. A streak like none other than Spaniard Rafael Nadal and Serbian Novak Djokovic have experienced this year.

But what is the connection between the setback in New York and the three consecutive coronations?

"This defeat was ultimately a good thing," noted his coach Frédéric Fontang in an interview with the Journal on Monday. It had been a long time since we had three weeks to do physical and technical work. »

Thanks to Alcaraz and Djokovic

Since this forced "break", the eighth in the world has gained momentum. Even before he chained the coronations in Florence, Antwerp and then in Basel, last weekend, Félix had accumulated good performances, recalled Fontang.

"There was that win over Carlos Alcaraz in the Davis Cup, then the win over Novak Djokovic in the Laver Cup, which gave him extra confidence," he pointed out.

In fact, the pride of L'Ancienne-Lorette has only made two missteps since the end of August. Félix lost to Korean Soonwoo Kwon, world 74, in his first Davis Cup match, then was eliminated from the start in Astana by Spaniard Roberto Bautista Agut, 21, in early October.

But otherwise, Auger-Aliassime's game "has fallen into place," Fontang pointed out.

The Frenchman suspected that would happen one day, sooner rather than later.

“Since the start of the season, he had had some very good streaks, at the Australian Open and then on clay. We knew that all the work we did, every week, technically, tactically, would eventually pay off. »

A surface he loves

There is also the hard interior, this fast surface, which suits the game of Quebec well.

The latter had raised it in a post-match interview, after his victory at the expense of Alcaraz on Saturday. "It's good that I grew up in Montreal, I think! he said, laughing. Growing up, I was used to training half the year indoors. I think it pays now. »

The four titles on his list, which he opened last February in Rotterdam, were also gleaned on this surface.

"For sure for the attackers it's good, the hard inside, because there's no wind. Once you have found the right settings, it's easy to keep them, imagined his trainer. But Félix has already played well on all surfaces. »

Powerful and precise, L’Ancienne-Lorette’s pride serve was his greatest weapon this season. But on Monday, Fontang also pointed out that his protege had raised "the quality of his returns" in recent weeks.

"We also saw his backhand strength," he said. The whole puzzle of his game, which we have been working on for a while, has fallen into place, whether in attack or defense. »

"We knew he had the potential, but by beating Alcaraz and Djokovic, two very strong players, who are or were number 1 in the world, he increased his confidence," he continued.

If victories breed confidence, confidence also breeds victories. And Felix has been rife with it lately, according to his coach.

"Right now, he's like all the players who go through that kind of streak," Fontang said. He has clear ideas and we try to keep things as simple as possible. »

Despite the sequence of matches over the past three weeks, Auger-Aliassime is not too bothered by this fatigue which generally sets in over the hours spent on the field.

Because during his triumphant month of October, the Quebecer signed several quick victories, avoiding at the same time spending too much time on the playing field. Auger-Aliassime therefore feels ready for the Masters 1000 in Paris, which he will begin on Wednesday.

At this important tournament, Félix will try to obtain for the first time in his career his ticket for the ATP final, which will bring together in Turin, in mid-November, the eight best players of the last year.

Djokovic having already qualified thanks to his victory at Wimbledon and his world ranking, there are still two places available in Italy.

The young athlete is currently sixth in the "race", but a misstep in Paris, combined with a long week from one of his main competitors, the American Taylor Fritz and the Pole Hubert Hurkacz, would thwart his chances of playing in Torino.

It would be a shame to stop on such a beautiful course.

Thanks to his performances over the past three weeks, Félix Auger-Aliassime is once again well established in the top 10 of the ATP rankings, which he had temporarily left after his defeat at the United States Open.

The 22-year-old athlete was eighth on Monday, behind a certain Novak Djokovic.

After having long had the status of a young rising star on the men's circuit, Félix is ​​now considered an established top 10, noted his agent, Quebecer Bernard Duchesneau.

"Since Felix has been a pro, and even in the juniors, he's always been the subject of a lot of attention," Duchesneau said Monday. But for some time, with the arrival of players like Carlos Alcaraz or Jannik Sinner, the image of the young prodigy stuck less, because he is growing up and others are pushing behind. »

“With this streak, he is well established in the top 10, he has a good chance of qualifying [for the ATP Finals in] Turin, he added. The attention he receives is now different, because there really is a margin between what is paid to a player who is in the top 10 and one who is not. »

As is often the case in sports, these three consecutive titles and this top 10 status could translate into the interest of new commercial partners, mentions the agent.

“It sheds a lot of light on him. It opens the door to business opportunities, which will come in the coming weeks, commented Duchesneau. We expect that, but the impact is not always immediate. »

Anyway, Félix is ​​not necessarily looking for new sponsors, even if they will always listen to proposals, he added.

"He already has some very, very good partners," Duchesneau said, referring specifically to equipment manufacturer Adidas. It is not because it has good results that we will seek to graft new ones, it is not at all in this way that we proceed. »

Auger-Aliassime is looking for sponsors who stick to its values, he said, such as "sustainable consumption, helping others or inspiring".

“It is certain that if we have [offers] which are compatible, which could be added to its portfolio of partners without taking all its time, because that is always the danger, we will listen. I am convinced that we will have great opportunities. »

In his last 13 games, Félix Auger-Aliassime has excelled in all aspects of his game, as noted by his coach, Frédéric Fontang.

Here are his stats, on average:

1 Antony Auclair with the Titans 2 A first step in the right direction 3 “GSP” will not return to the octagon 4 World Series: Game 3 postponed 5 A vote of confidence for Zach Wilson 6 Similar scenario to last year for Boutin 7 Death of John McGale: the Offenbach family in shock 8 Taylor Swift Makes Music History With 'Midnights'... 9 5 films to see at the 28th edition of the Cinémania... 10 To disentangle the true from the false 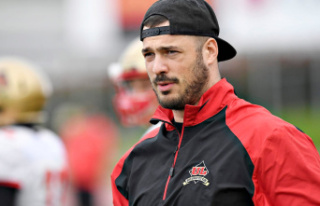 Antony Auclair with the Titans