Women's professional hockey is back in Montreal

More than three years after the dissolution of the Canadian Women's Hockey League and the passing of Les Canadiennes de Montréal, professional hockey is back in the Quebec metropolis. 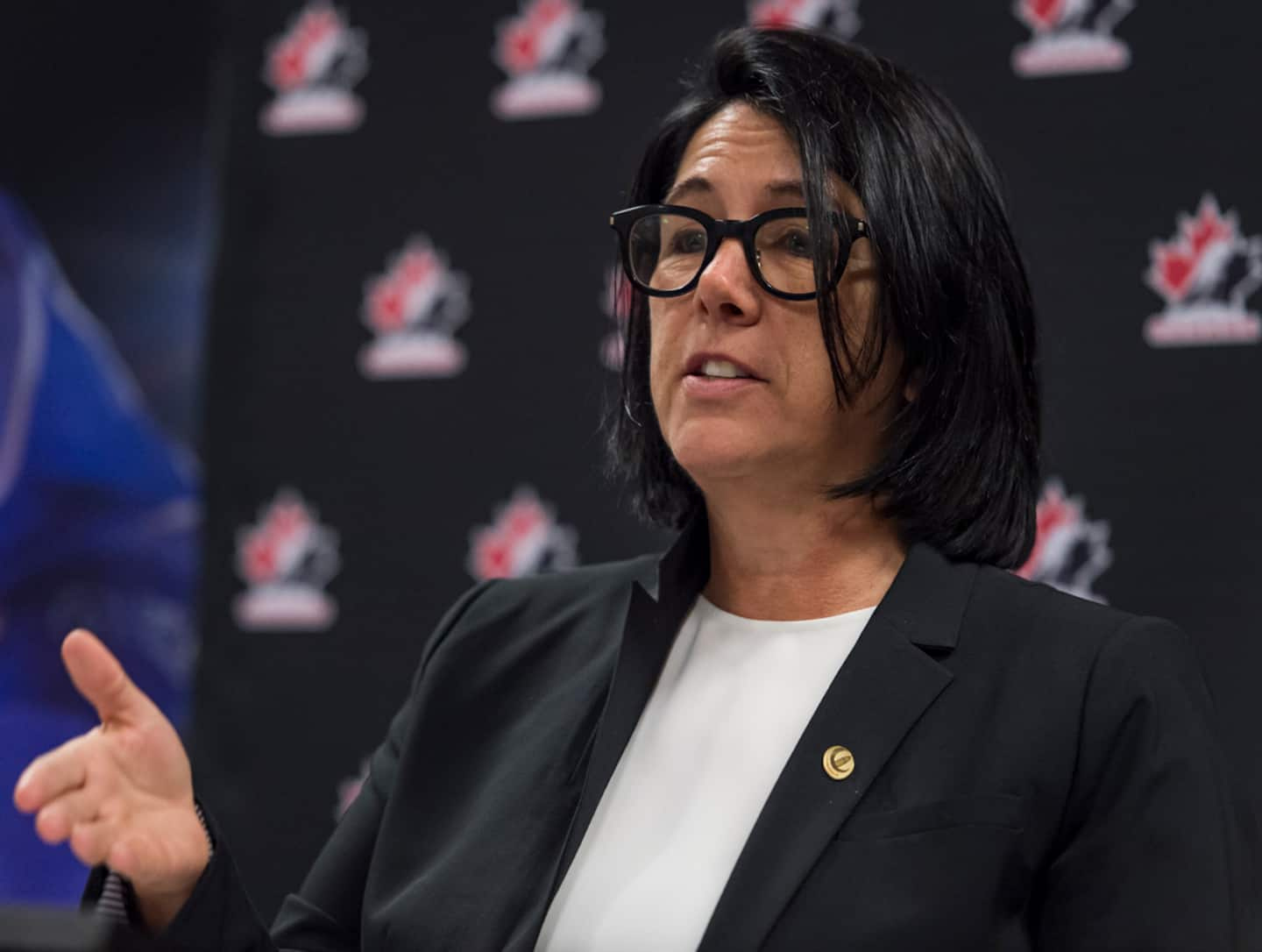 More than three years after the dissolution of the Canadian Women's Hockey League and the passing of Les Canadiennes de Montréal, professional hockey is back in the Quebec metropolis. On Tuesday, the Premier Hockey Federation (PHF) confirmed the granting of an expansion team to Montreal, which will thus welcome the seventh concession of the circuit.

The new formation will begin its activities at Center 21.02 in Verdun during the 2022-2023 season and will have Kevin Raphaël as president, while Emmanuel Anderson will act as vice-president. The club will therefore join the Boston Pride, Buffalo Beauts, Connecticut Whale, Metropolitan Riveters, Minnesota Whitecaps and Toronto Six in the ranks of the PHF.

"With the history, the community surrounding hockey in Montreal, and the people in place to help us move our sport forward, it was essential to establish ourselves in this market," said PHF Commissioner Reagan Carey during of a videoconference.

The Montreal formation of the PHF, whose name will be announced in the coming weeks, will not only evolve in Verdun. Indeed, Raphaël revealed that his club will play matches in the four corners of the province.

"It's very important to be everywhere and thus help our sport to grow in certain places where women's hockey or just professional hockey is not present," said the president.

“In Abitibi, there has never been women's hockey of this level. We want to go there. We also want to go to Beauce, where women's hockey is so strong. They have a tournament that welcomes more than a hundred players every year, but they have never had the chance to see a professional match. Our territory is all of Quebec, it is our home!”

Concretely, the Montreal team will play 14 home games, or two per week. Raphaël would like between three and five of these meetings to be held outside the metropolis.

No discussions with the CH yet

When it was announced that Marie-Philip Poulin had been hired as a player development consultant, Montreal Canadiens owner Geoff Molson said his organization wanted to get involved in the return of a women's professional team. in Quebec.

For the moment, the new Montreal formation has not had contact with the Habs.

“I think it’s coming, replied Raphaël about future discussions with the CH. I know there is a desire on the part of the Montreal Canadiens. I think we're going to be able to sit down together and see what we can do."

Commissioner Carey also indicated that BTM Partners will own the Montreal team. This group already owns the Boston Pride and the Metropolitan Riveters.

The arrival of the Premier Hockey Federation (PHF) in Montreal may not only make people happy, considering the dispute between it and the Professional Women's Hockey Players Association (PWHPA).

The latter brings together the vast majority of the best players in the world, including several local athletes such as Marie-Philip Poulin and Mélodie Daoust. In recent months, the PHF and the PWHPA have been unable to agree on the creation of a single circuit during negotiations requested by the commissioner of the National Hockey League, Gary Bettman.

The PWHPA then signed a letter of intent to explore the creation of a new league with the collaboration of Billie Jean King and Mark Walter. Rumor has it that this circuit will begin its activities in the winter of 2023 and that a team will be established in Montreal.

Never mind, Kevin Raphaël absolutely does not see the possibility of having two professional teams in the Quebec metropolis negatively.

“It gives more opportunities for female hockey players to play. If there are two teams, that means that there are 46 players who will earn a salary, “said the president of the Montreal club of the PHF.

“If the PWHPA wants to talk, they have my number. I am not closed to anything. I am not part of this chicanery. I have just arrived and I am neutral.

To hell with the expense!

One of the major points of contention between the two entities is the salary paid to athletes. The PHF has, however, made the decision to significantly raise its salary cap for the 2022-2023 campaign. This has increased to US$750,000 per training, compared to US$300,000 last year.

“I plan to spend 100% of the salary cap. This is my budget and I want to give it to our players. None of them will be paid the minimum,” said Raphaël, who will also wear the hat of general manager for the first season of his club.

"My goal is to treat our players professionally, to make sure they get paid for all the hard work they put in."

It's no secret that Raphaël is very close to the vast majority of Quebec players in the PWHPA. Since the announcement of his partnership with the PHF, he has already had contact with them.

“In the best players in the world, there are several who have already written to me. Their talk is that they want to know what my plan is and for us to be in touch. The dispute between the PWHPA and the PHF is none of my business. What matters to me is the fate of our players.

“I will always answer questions,” he added. They will therefore be informed and will be able to make an informed decision, in addition to having the chance to play somewhere.

The president even says he is open to welcoming a hockey player who would like to play in both leagues.

"If there's a player who wants to play with us this year and play with them next year, I don't see why that wouldn't be a possibility."

Let's say that Kevin Raphaël's calendar was already full, before adding this new job to the list. The Lavallois still jumped at the chance to be at the heart of the return of professional women's hockey in Montreal, he who is one of the greatest standard bearers of the discipline.

“Helping women's hockey isn't just about watching games on TV or following players on Instagram. I wanted to be part of the solution and make things happen.”

In 2020, Raphaël also made the documentary “Gap Year”, where he examined the state of women's hockey.

The man who will set up the first vintage of the Montreal formation of the PHF explained that the changes made to the circuit in recent months convinced him to associate with it. Among these changes is the hiring of Commissioner Reagan Carey.

"I've been in contact with the league for a long time to bring a team to Montreal," he said on the phone. After my documentary, I wanted to be an agent of change. I was not ready to do that with the previous league structure. When Reagan arrived, we talked. I wanted to work with her."

Raphaël is also embarking on this new adventure with his lifelong partner: Emmanuel Anderson. The latter will act as vice-president.

“We have known each other for 20 years. We met during an integration camp in secondary 1, “said the host of the TVA Sports network.

“Everything I do, I do with him. We have a powerful relationship. I am his Lewis Hamilton and he is my Toto [Wolff]. I take risks and he directs me.”

1 Paul Wilson back with the Molsons 2 British Open: “My goal was to return to Saint Andrews”,... 3 NHL: Vinnie Hinostroza chooses to stay 4 The end of a long career for Matt Moulson 5 Evgeni Malkin: Brian Burke denies rumors 6 MLS: Wayne Rooney is back with D.C. United 7 NFL: Baker Mayfield has circled a date on his calendar 8 MLS: Kamal Miller invited to the all-star game 9 More movement at Toronto FC 10 Matty Beniers and Shane Wright already in break-in... 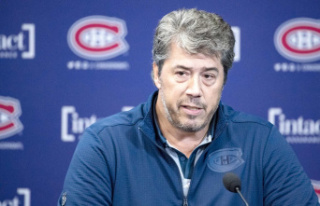 Paul Wilson back with the Molsons