A year after the dam break, which killed 270 people, is now also the German TÜV before the court. He had declared the dam safe. Disastrous consequences: By th 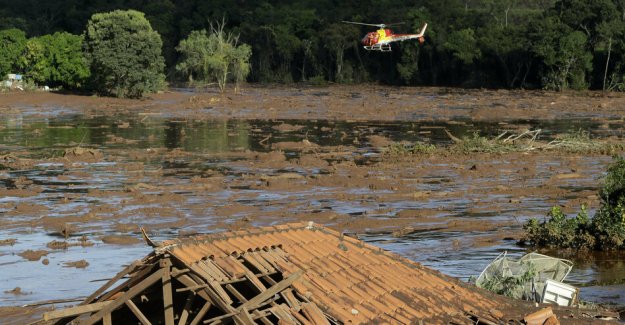 A year after the dam break, which killed 270 people, is now also the German TÜV before the court. He had declared the dam safe.

Disastrous consequences: By the dam fractional a year ago, several villages washed away photo: ap

BELO HORIZONTE afp | Nearly a year after the dam burst at a mine in Brazil, with 270 dead indictment of the TÜV Süd and the mining group Vale has been collected. The Prosecutor's office in the state of Minas Gerais established the step on Tuesday with the devastating effects of the spill on the environment. The TÜV Süd had declared the dam a few months before the disaster, for sure. Against 16 individuals was also raised charges of "intentional homicide".

state attorney William Garcia Pinto Coelho accused the TÜV Süd and the operator company Vale is a "completely opaque risk management". It had been made "false" statements to the stability of the dam, in order not to endanger Vales Reputation and the market value of the company. Information about the "unacceptable risks" were deliberately held back. The two companies had suspended the society is, therefore, a danger.

The breach of a dam in the Vale mine Córrego do Feijão, on 25. January 2019 was one of the worst disasters in the history of Brazil. 13 million cubic meters of sludge with mining waste spilled at the time about the environment, and cracks in many people. 270 people were killed. 259 dead bodies were recovered, eleven more have not been found until today.

After the disaster, the TÜV Süd came under criticism. The German company had inspected the dam in order from Vale in September 2018, despite several maintenance recommendations for.

"Our great compassion to the Victims and their families," said TÜV Süd on Tuesday to AFP request. The company is continuing to cooperate with the authorities in Brazil and Germany ready to return to the "elucidation of the cause of the disaster" to contribute.

A report commissioned by Vale came in December to the conclusion that drainage had caused problems to the disaster. Therefore, the dam break and the subsequent mud was due to the avalanche on "the liquefaction of mining residues". These residues had accumulated as mud in the dam face. The drainage system had been "inadequate". Prior to the Yielding of the dam, there have been, however, no signs of instability, it said in the report.

Vale was sentenced in July to you for all damages of the disaster to pay. A concrete sum, the judge determined, however. The families of the victims, the company paid claims to the equivalent of around 430 million euros in compensation.

The mining company was already mired in 2015, in a devastating accident. In another mine in Mariana, in the state of Minas Gerais, which was operated by a subsidiary of Vale, and the Australian-British group, HP, was a broken dam. 19 people were killed. Toxic sludge ended up in the Rio Doce, and later on in the 650 kilometres away in the Atlantic ocean. 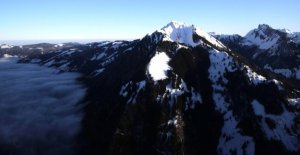 The world economic forum in Davos: a Sudden Bloom