Agreement in the roadmap for exit strategy from Coal: Coal phase-2035

the Federal government and the States have agreed: Already in 2035, the coal phaseout to be completed. The hambach forest remains, dates to. coal-fired power 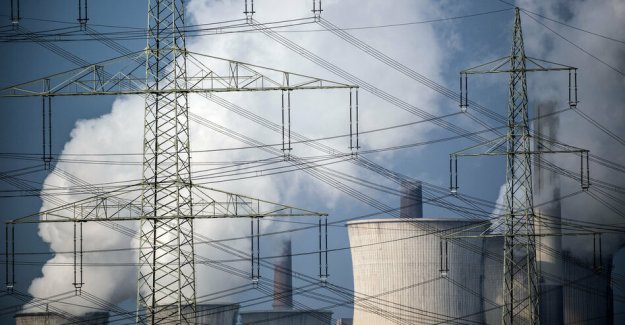 the Federal government and the States have agreed: Already in 2035, the coal phaseout to be completed. The hambach forest remains, dates to.

BERLIN afp The Federal government and the Länder with brown coal mining have agreed on a timetable for the shutdown of power plants. The agreement was reached at a summit meeting in the Chancellery, as the government spokesman Steffen Seibert, after the approximately six hours of deliberations in the night to Thursday. The agreement provides for, among other things, that the end of the coal-fired power generation is preferred in Germany, possibly for several years.

to Date as the end date for the coal, the year 2038 exit targets. According to the agreement reached should be examined whether the withdrawal may be completed three years earlier, explained Seibert.

it was Agreed, according to Seibert, that of the hambach forest should not be cleared in the Rhenish lignite mining area for mining. The villages need to but soft. The demand by environmental groups to get both the villages as well as the world, is not met. The forest area had become a focal point of protest by climate activists against Coal industry. Laschet wrote after the night meeting in the Chancellery in the short message service Twitter: "North Rhine-Westphalia are moving forward with phasing out coal-fired power generation and CO2 reduction. Hambach forest remains intact.“

The controversial coal power plant in Datteln in North Rhine-Westphalia is go in spite of the exit to the network. "It runs already and it comes out", said Laschet on Thursday in Germany radio. For other works are to be switched off earlier.

The Federal government also reiterated, according to Seibert's commitment to support the Coal phase-affected provinces and regions in the period up to and no later than 2038 with a total sum of 40 billion euros. She said, therefore, furthermore, that they will pay employees in the lignite-mining and lignite - like coal-fired power plants, a so-called Adjustment allowance. This should be paid until 2043. For Employees in the coal-mining industry there are these payments.

The draft law on the coal phase-wants to bring the Federal government is now still in January, as Seibert told also. The legislative process should be completed in the first half of 2020. In the run-up to the coal summit, representatives of the coal had urged countries to provide more security of planning. A year ago was in the so-called coal compromise of the step has been decided to phase-out of coal-fired generation by 2038. Since then, there had been in the planning for the implementation, always strife between the Federal government and the länder as well as within the Federal government.

1 Scheuers rail transport policy: rail saver reluctance 2 Climate lawsuit to the constitutional court: Right... 3 Truce in the trade dispute: the United States and... 4 Agreement on the exit strategy from Coal: environmental... 5 Scientist about insects die: We need to rethink 6 Committee of inquiry into the toll: a Little less... 7 Phase-out of coal: not the last word 8 Agreement on the exit strategy from Coal: the next... 9 YouTube Star Julien Bam is the Designer for Aldi! 10 Auto summit: It is a horror scenario goes through... 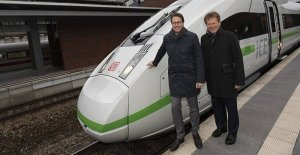