Arms trade report from Sipri: shops with weapons, are booming

The trade of war material is increasing rapidly. The German armaments industry displaced China from the fourth place. Eschborn, February 2020 photo: Andreas A 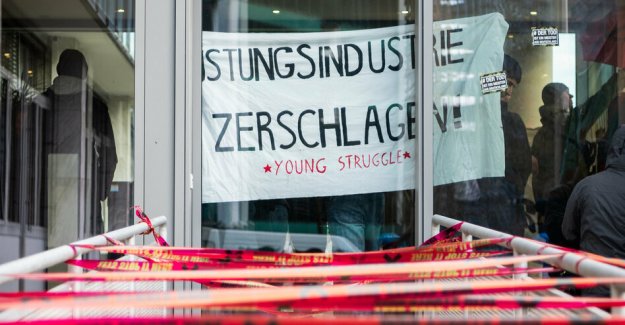 The trade of war material is increasing rapidly. The German armaments industry displaced China from the fourth place.

Lonely at the top, the USA. To you alone, 36 percent of all world exports of war material are eliminated. Thus their exports were 23 percent above the previous five-year period, which had brought the U.S. companies "only" a share of 31 percent. The Stockholm peace research Institute, Sipri, on Monday, released the "weapons transfer Report" also shows that Germany could keep up. The Five-year comparison with a Plus of 17 percent.

Of the German armaments industry were 5.8 percent of all exports. Extruded, China (5.5 percent) from the fourth place of the list. Among the EU countries, successful only in France was accounted for, with a Plus of 72 percent to 7.9 percent of world exports. It was behind Russia – 21 percent – the third place on the world ranking list. According to Sipri, the balance sheets have over Five-year periods, the advantage of more stable data for the year-on-year basis, often strongly fluctuating trade in weapons map.

87 percent of all exports, their sender had also in the past five years in the United States and Europe. The best customers were a little surprising countries in tension and conflict regions. A weapons glut of States caught in the Middle, and the Middle East delivered. Their imports increased by 61 percent. By far the largest importer was Saudi Arabia, India and Egypt.

other States in the Middle East coincided with high rates of increase: Qatar plus 613 and Israel, plus 175 percent.Without the conflicts in this Region, the operations of the U.S. weapons corporations would suffer neat. With 51 percent, more than half of U.S. exports of War materiel in this area of the world, an increase of 79 per cent, were received between 2015 and 2019, namely. With a roughly equal share of 52 percent, the French companies had great business there. The corresponded even an increase of 363 percent.

What German arms supplies are concerned, it was to a large part of the U-boats. On the sector of U-boats mitkonventionellem drive Germany has long been the export champion of the world. In the past five years, diemarine armed forces of South Korea, Egypt, Greece, Colombia, Italy and Israel alone for 39 percent of the entire German military equipment export value stood.

Sipri has in this year's balance sheet is also a Statistiklückehin: The supply of arms to the parties to the conflict in Libya. Both sides would receive extensive weapons supplies, which were assessed in Detail, however, uncertain and difficult. Especially the United Arab Emirates will be highlighted as a major transshipment hub. SIPRI criticised the fact that despite the United Nations arms embargoes decided to fear no country of delivery so far, sanctions have.

1 Car manufacturers with high CO2-values: the Next sentence... 2 Woman is a risk to be! Safety is always capitalized... 3 Waste for the Konrad mine: criticism of a new nuclear... 4 Epidemic impact on the climate: The CO2rona effect 5 Lufthansa cancels over 7,000 flights due to Corona... 6 Oil price crashes massive: More than 20 percent in... 7 WSJ: lower oil prices, Saudi Aramco aimed at weakening... 8 In the Corona-crisis politicians feel, where the life... 9 Agreement in the coalition Committee: Corona-aid for... 10 Is that fair? Pensioners in the month of up to 2000... 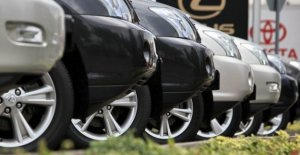 Car manufacturers with high CO2-values: the Next sentence...