more and more electricity in Germany comes from wind turbines and solar plants. The climate protection balance sheet for the financial year look good. The win 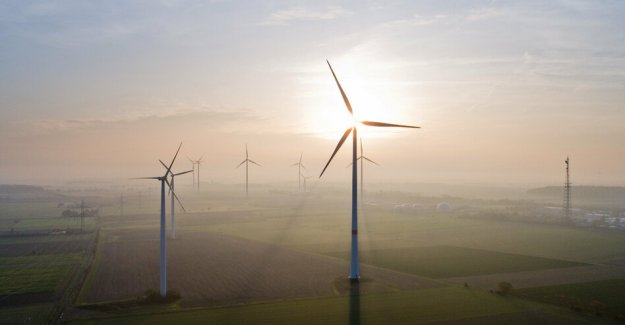 BERLIN taz/dpa | Less coal power and more wind power: The energy revolution has pushed the greenhouse gas emissions in Germany according to experts, in the past year to a record low. Compared to 1990, CO2 emissions have decreased by about 35 percent, according to the annual analysis of the think-tank Agora Energiewende. Thus, the 40-percent target for the current year was surprising, but again "in a more tangible closeness" – so far, the Federal government and the environmentalists assumed that nothing more can be.

The decline of more than 50 million tons of carbon dioxide (CO2) in comparison to the previous year, going back only to the production of electricity. Renewable energies – Wind, Solar and hydro power, and biomass – would have met a record share of 42.6 per cent of gross electricity consumption, - stated in the evaluation.

the increase in The CO2 price of the EU for the energy industry, have made the climate - polluting electricity generation from coal and lignite less profitable, it had gone back so strong. Electricity production from natural gas have increased significantly. Natural gas is also a fossil fuel, but less harmful to the climate than coal.

In the traffic, however, are the greenhouse gas emissions have actually increased – due in part to the SUV Trends. These vehicles are large and consume comparatively a lot of Gas, sales increases in spite of the climate debate in Germany. The consumption of Diesel and petrol increased in 2019. The same is true for fuel oil – this was according to the assessment of Agora-Director Patrick Graichen, but a major role that fuel oil Tanks have been filled on the stock.

The current national climate policy of the Union and the SPD has to do according to the assessment Graichens little to nothing to do with the progress in climate protection: "This is like in the womb," he said. The power consumption reached Agora Energiewende, according to last year, the lowest level since the turn of the Millennium. The sun but in the lower economic growth and the cyclical position of the energy-intensive industries, such as the steel sector.

the working group on energy balances confirmed. Also, it expects a "significant drop in the CO2 emissions by a good 7 per cent," it says in its latest quarterly report. The consumption of oil was 2019, however, 1.7 percent higher than in the previous year. And also the consumption of diesel fuel, and aviation fuel was increased slightly.

Graichen warned that with the record messages from the Green area soon, closing is expected to be – instead, a "green gap threatened". A reason for this: The share of nuclear power was 2019 and 12 percent by the end of the year, the NPP Philippsburg is gone from the network. By the end of 2022 the nuclear phase-out is expected to be completed. In addition, to replace the transport, electricity and green energy – and, increasingly, oil drive.

looking at the power consumption, but the overall energy mix, the renewable energies so far, only a share of almost 15 percent. Because at the same time, the Expansion of wind turbines not moving as fast as energy policy experts consider it necessary, could coal-generated electricity to replace the nuclear power partially – at the expense of CO2 emissions.

The Federal government should change the environment, called Graichen: "Without wind power, we will exit, neither the Coal nor the climate-protection targets."

1 Pro and Contra With SUVs to E-mobility: a bridge or... 2 Ex-transport Senator over speed limit: The speed limit... 3 Australia coal mine Adani: Fridays against Siemens 4 Material brand damage in Australia: the fear of the... 5 The dispute before the group written examination:... 6 Beer-shock hits millions of German: The Draught will... 7 The fourth pillar of retirement provision: the CSU... 8 Lira in the down-swash - and this is only the beginning... 9 Economic boss speaks plain text: trade unions chase... 10 Expert explains: The pension will continue to rise 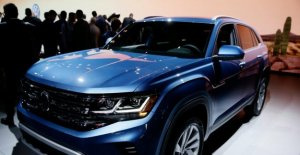 Pro and Contra With SUVs to E-mobility: a bridge or...