Constitutional challenge in Norway: part of the success for the climate

Norway must take into account the "exported greenhouse gas emissions," the Oil and gas production. Greenpeace and Co hope for more. aerial view of a gas liq 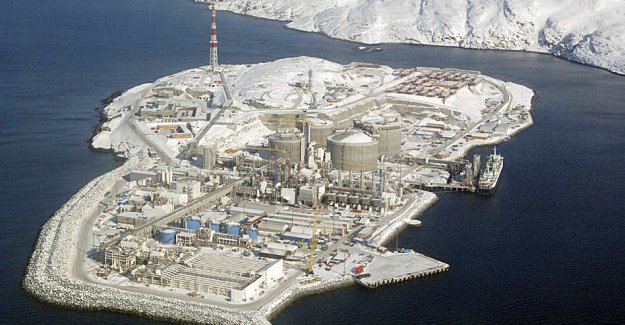 Norway must take into account the "exported greenhouse gas emissions," the Oil and gas production. Greenpeace and Co hope for more.

aerial view of a gas liquefaction plant in the Barents sea photo: Reuters

STOCKHOLM taz | "Even if the action was dismissed, we came to a win a really big step closer," says Helga Lerkelund by the Norwegian Association for nature Conservation naturver forbundet. On Thursday afternoon, the "Borgarting lagmannsrett announced" in Oslo, the appellate judgment in a constitutional law dispute, it is, in fact, to the question, what is the responsibility of the Norwegian state has for the impact of the Oil and gas industry of the country on the global climate.

The answer: no, as far as it comes to the climate gas emissions on its own territory. So it had to be decided at least two years before the lower court. It is clear from international law that each country is only for the greenhouse gas emissions on its own territory. For the Norwegian Oil and gas policy is therefore irrelevant, what are the consequences of have the combustion of fossil fuels on the climate, after these had been exported.

The looks, the appeal, now, however, fundamentally different. Norway must take into account in policy decisions in the area of its Oil and gas policy", the collected greenhouse gas emissions, both of which could have this in the promotion as well as the Burn to serious consequences for climate change". Therefore, in this sector, political decisions taken under the corresponding face may be appreciated also in the context of a constitutional challenge of the law. The concrete question around which the current lawsuit turn, could not be answered in the affirmative, that Oslo had breached such an obligation.

The lawsuit is a Detail of the Norwegian oil policy is based on. 10. June 2016, just a few days after the country signed the Paris climate agreement and, therefore, the aim of which was known, the global temperature increase to as 1.5 degrees – up to a maximum of 2 degrees limit, were from the conservative-right-wing populist government in a "23. Concession round,“ ten new oil Fields in the Barents sea for exploration and possible funding have been allocated to 13 Oil companies in the Wake. Oil fields that lie further North in the Barents sea than any yet developed.

in Contrast, the Nordic section of Greenpeace, the environmental organization "youth and environment", the Association for nature Conservation and the "climate action of the grandparents complained". Their reasoning: more Oil means more CO2, and with the unbridled development of new Oil and gas fields in Oslo contribute massively to the climate crisis, which in turn was a violation of the Constitution.

The legal basis of their claim of the "environment article," the Norway as one of the world's first countries in 2014 in its Constitution, has incorporated this. This article 112 gives anyone the right to environment, "the health and a natural environment is conducive". The state is explicitly committed to such a policy, "the this law is also secure for future generations".

This article was not only a program statement, it could be derived from it directly rights, says the court. Alone with the issuance of the relevant prospecting licences in the Barents sea Oslo have not failed but are still against this rule, arguing the "Borgarting lagmannsrett". At the moment is still unclear, the consequences of this decision. A possible violation of the Constitution can only be evaluated when a support "is imminent". So, for example, in the case of the actual approval of an Oil and gas production due to the questionable licenses.

"We have lost, but important part of the victories. For this process, and the school strike young people," commented Frode Plym, the Chairman of Greenpeace Norway: "What is the impact of the use of Norwegian Oil and Gas abroad, is so for our laws and our policy-relevant." You will now take the next step and the "Høyesterett", the Supreme court of the country, to call. "We are going to win, either in court or outside the court", is Therese Hugstmyr Woie, Chairman of the "youth and environment" for sure. And also Steinar Winther Christensen from the "climate action of the grandparents," stressed: "of Course we will continue to fight for our children, grandchildren, and future generations." 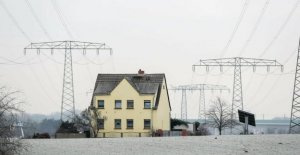