Consumer advocates in front of the VW comparison, the compensation for Diesel buyers

The consumer complains, in the name of 400,000 diesel vehicle buyers. Now, however, year long processes could be avoided. the exhaust of a diesel-powered VW G 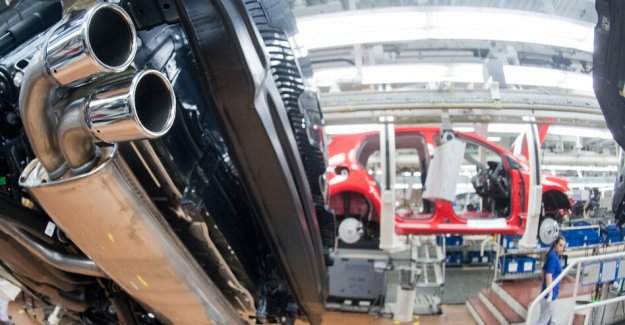 The consumer complains, in the name of 400,000 diesel vehicle buyers. Now, however, year long processes could be avoided.

the exhaust of a diesel-powered VW Golf in 7 in the factory in Wolfsburg photo: Reuters

BERLIN rtr | hundreds of thousands of owners of manipulated VW diesel vehicles can hope for compensation. Volkswagen have been in touch with the verbraucherzentrale Bundesverband (Vzbv) talks about a possible comparison, informed the group VzBv on Thursday. "The common goal of the Vzbv and the Volkswagen is a pragmatic solution in the sense of the customer." The talks are in a very early stage. "If it comes to a comparison, is open." The consumer confirmed the negotiations.

While VW in the USA billion for the compensation of customers spent, was the car manufacturer in Germany, not yet ready – and pointed to a completely different legal Situation. The consumers ' Association moved, therefore, representative of at least 400,000 buyers of rigged diesel vehicles of VW, Audi, Seat and Skoda, which had entered in a complaint register, in front of the court.

Since the end of September, the so-called pattern identification is negotiated proceedings before the Oberlandesgericht (higher regional court) of Braunschweig, Germany. Experts were expecting at the time, with a long procedure that could take, including a round in Federal court over four years.

In the model of the process is to resolve the relevant issues Once and for all. Unlike class actions in the United States, consumers have to enforce their claims following a pattern of judgment, however, is still individually.

a comparison would have avoided a year long process, marathon and the affected vehicle owners would be compensated, in all likelihood, directly. Because of the different demands of many VW customers, the settlement negotiations are not likely to be easy. However, the higher regional court of Braunschweig had suggested already to negotiating a prelude to settlement negotiations.

Volkswagen had admitted in September 2015, to have millions of Diesel-exhaust-gas values by means of a special Software to manipulate. This will ensure that Diesel cars comply with the nitrogen oxide limit values on the test bench, on the street, but many times more of the toxic fumes emit.

in the U.S. Alone, diesel gate Volkswagen, including penalties, has cost more than 25 billion euros. Overall, the work-up of the scandal has cost the group so far, more than 30 billion euros.

1 Consumer advocates before the comparison, the compensation... 2 Cyber security at BMW: a Hacker from Vietnam in Germany 3 SPD proposal to wind turbines: a citizen's money for... 4 Prices for residential Parking: a Wrong turn 5 Bridge day in 2020, best use: workers double your... 6 Last only 19 pieces approved: Mercedes' new electric... 7 Dispute over money: ZDF-Intendant counters ARD-criticism... 8 24. December 2019: the Holy night is a holiday 9 Health insurance is a go for the first time in years,... 10 Wind citizens 'money-a proposal from the SPD: Only... 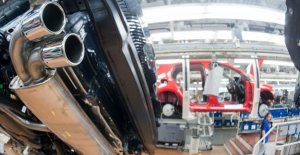 Consumer advocates before the comparison, the compensation...