environmental researchers have developed Tests to evaluate the chemical Cocktails in rivers. Now they demand that the monitoring of Water bodies is revised. i 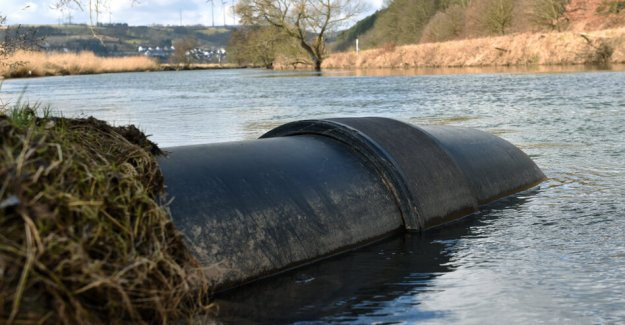 environmental researchers have developed Tests to evaluate the chemical Cocktails in rivers. Now they demand that the monitoring of Water bodies is revised.

in Many places the rivers as a sewer failure photo: Reuters

MUNICH taz | More than half of all European waters needs are in a poor state. In Germany and Sweden, even 100 percent of the surface waters are polluted with chemicals. A worse condition not or only in a reduced number means that certain happen to the Ecosystem of the typical animals and plants. Already, many water animals are threatened with extinction, such as sturgeon, snails, eels and a variety of water. According to the European water framework Directive (WFD) should be up to 2027, all water bodies in good chemical and ecological status.

reason for the bad water quality are partly structural measures, such as straightened rivers. In addition, the waters are not overloaded with chemicals and nutrients, which come such as nitrate and pesticides from agriculture but also from industrial plants and from the waste water of households. All of this is Flora and Fauna. The current consumption-oriented life style in this country has not only a catastrophic CO2-footprint through the production and use of clothing, cleaning agents, medicines, furniture, and food to be rinsed in addition, over 147,000 chemicals in the environment.

However, only 45 substances considered as particularly dangerous to be taken into account, in order to assess the chemical status in rivers and lakes. Such as mercury or Polycyclic aromatic hydrocarbons (PAHS) count. In fact, one finds in the waters, however, innumerable other substances in small quantities, the mixture for crabs, water fleas, and algae, but also could be problematic as large quantities of a harmful substance, keyword: chemical Cocktail. According to new studies at the UFZ (Helmholtz-centre for environmental research), which were published at the end of September.

head of research Werner Brack speaks of a "non-negligible risk for humans and the environment to mixtures of pesticides, drugs and industrial chemicals". He has analyzed together with European colleagues in the last five years, water samples from the Danube and the Rhine, in the framework of the research project "Solutions".

The researchers are now calling for the criteria to reform in the context of the upcoming "Fitness Checks" of EU Directive. They have developed a Screening, the effect of work-specific rather than substance-specific. This is not, therefore, measured only the amount of a substance, but the effect of a mixture of chemical substances such as drugs, pesticides or heavy metals on algae, small crustaceans or fish embryos. To do this, you do not need to know the chemicals. Conversely, however, it is possible to identify when a toxic mixture subsequently the components.

The Problem is that with the current criteria catalogue only substances, some of which are partially allowed, but as a legacy in the waters for a swim, such as PCBS or mercury. However, this chemical noise can be a little change. At the same time potentially dangerous mixtures not not be recognized, because the individual substances present in quantities exceeding the limits. And also an improvement in the quality through an appropriate water management can then be measured. "Here is a functioning system of incentives is missing, obviously," says Werner Brack.

as it were, a Revision of the authorisation procedure for pesticides is useful

In a particularly polluted areas would also be a fourth purification stage in sewage treatment plant could be the remedy. "We were able to show that the upgrading of sewage treatment plants, with a fourth purification stage, as Switzerland has adopted and implements the environmental quality can improve with the current down significantly," said Brack. A fourth cleaning step filters out about drug residues in Human or animal medicine. Normally, these get into the soil and waters, some degradation products are found even in drinking water.

Even better would be, of course, if you are already in the production and use of risky substances on the environmental impact would be respected. "Micro-plastic can be, for example, in the cosmetic manufacture easily replaced," says Klaus Kümmerer from the Leuphana University of Lüneburg. For the production of cleaning products and detergents surfactants are already on the market which are completely biodegradable. Also, there are already weather-proof clothing, without the harmful coating containing perfluorooctane sulfonic acid (PFOS).

amounts to a Revision of the authorisation procedure for pesticides would be useful. This, too, will always be tested only as a single substance. In reality, they are applied in so-called treatment regime, and injection series.

These pesticide Cocktails may be responsible for the decline of many animals and plants on the agricultural land – to what extent, is not yet explored. In addition, seepage of these mixtures in the soil and thus reach the waters where you come together with other substances.

in Addition, more incentives should be given for environment-friendly agriculture, nitrogen, phosphates, heavy metals or antibiotics-loads could be reduced. Also, the industry should minimize their emissions into the waters even further. Not to forget, however, that a large part of the eutrophication of waters by nitrogen and phosphates will be transferred by the consumption of the EU-States, in other countries, especially to Asia and Africa.

it is Unclear, meanwhile, how the hitherto unobserved substances, such as sweeteners, caffeine, or micro plastics, which are also becoming more common in waters on the Ecosystem interact. A recent study has demonstrated small amounts of sweeteners such as Acesulfame or cyclamate in virtually all bodies of Water, even in drinking water.

During the UFZ researchers are trying to convince the politicians of their ideas, on the other hand, industry lobbyists, to the dilution of the WFD worked. As the British Guardian reported in may 2019, tried different industries, the ambitious policy during the Fitness-to torpedo Checks, including the mining industry, agriculture, and hydropower.

for example, the "good ecological status" should be defined differently and more exceptions will be allowed. According to the environmental organization WWF, the negative consequences would have been: "dirty waters, rivers as 'marine Highways' and substances such as nitrate in our drinking water." 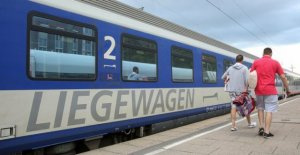 Night train traffic in Germany: a Wake-up call from...