Criticism of the coal exit plan: government is in contempt of compromise

Eight former members of the coal Commission, accusing the government, to undermine the compromise. The lead to far higher CO2 emissions. Also on umstrttenen T 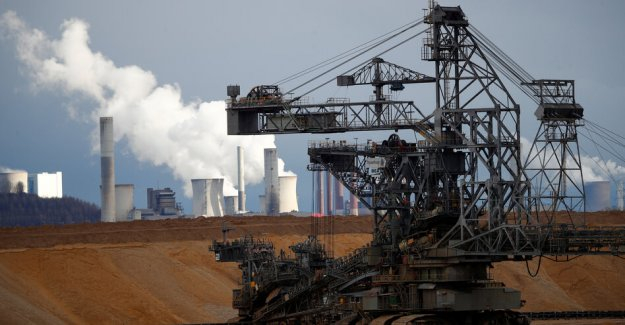 Eight former members of the coal Commission, accusing the government, to undermine the compromise. The lead to far higher CO2 emissions.

BERLIN taz | The criticism of the coal plan of the Federal government's exit is sharper: After single environment had protested associations and scientists in the last week's agreement of the policy with the coal companies, have reported on Tuesday, eight former members of the so-called coal Commission with a joint opinion to the word.

The three scientists Barbara Praetorius, Felix Matthes, and Hans Joachim Schellnhuber associations BUND, Greenpeace and DNR, as well as the region representatives Antje Grothus and Pure criticize in it, together with the representatives of the environmental Priggen, that the Federal government differs in key points from the hard-won agreement of the Commission.

contradiction to this assessment came on Tuesday from the trade unions, the DGB, Verdi and IG BCE, which were also represented in the coal Commission. "The planned implementation of the report by the Federal government corresponds to the main points of the Commission's findings," it said in a joint statement. While the exit would be left behind plan at some points behind the report of the Commission, on the other hand, he also go beyond that.

A major point of criticism of environmental groups and scientists, is that the brown coal-fired power plants go as requested by the Commission, equally by the network, but more frequently in the years 2029 and 2038. "The brown coal emitted by the changed path, by 2030, a total of 40 million tonnes more," said Felix Matthes, an energy expert at the Öko-Institut. This could also be due to earlier coal-shutdowns, "not even in approaches" offset.

Antje Grothus of the citizens ' initiative Buirer for Buir criticized, especially that in the open pit Garzweiler of five more villages must be destroyed. Although the Commission had not specifically required the receipt, but to avoid the resettlement of the population "social and economic hardship". The will is not fulfilled, because in Garzweiler, all the planned villages did not have to soft, although this is not necessary.

Also in dates, a new coal-fired power plant to the grid should go, reject the associations and scientists. The government wants to reduce the additional emissions elsewhere completely, changes not much. Regardless of the actual emissions, the signal effect of this decision was also the world's fatal, says Kai Niebert from the DNR.

In a new draft of the coal-exit law, which was the taz on Tuesday, will not be implemented in the announcements to compensate for the Datteln-emissions. This is still a work in progress, it was said in government circles. It was determined, however, that the emissions allowances through the carbon exit free, be placed by the Federal government to a standstill. So to prevent that they can be used in other countries and the emissions total will not decrease.

The decommissioning is, however, not directly, but first of all, on the EU level. Only what is not absorbed is national deleted. In the view of Philip Litz, an energy expert at the think-tank Agora Energiewende, this approach is "reasonable in principle", as long as it is ensured that the calculations take place uniformly. Critical Michael Pahle of the Potsdam Institute for climate impact research the proposal. "This is a very complicated process," he told the taz. "It is to calculate this way is very difficult, exactly how many certificates need to be deleted."

1 The world economic forum in Davos: Two climate extremes 2 Climate change and the growth paradigm: The crisis... 3 Tax dispute on Twitter for up-esque to be corrected... 4 Is a shame: millions of German figures, in the meantime,... 5 100,000 Euro crack is just a Region: Here, managers... 6 Dispute penalty interest: banks paid 2019 more than... 7 The fuel cell Boom: industry 2020 as the best performers 8 Partner of the world economic forum: the ship of dreams,... 9 China's ban on disposable plastic: Greenpeace praises... 10 After dam break in Brazil: Prosecutor accuses TÜV... 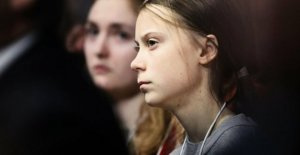