the Hamburg financial authority should have waived million recovery against a Bank. Olaf Scholz admits conversation with a Bank chief. political influence: Ha 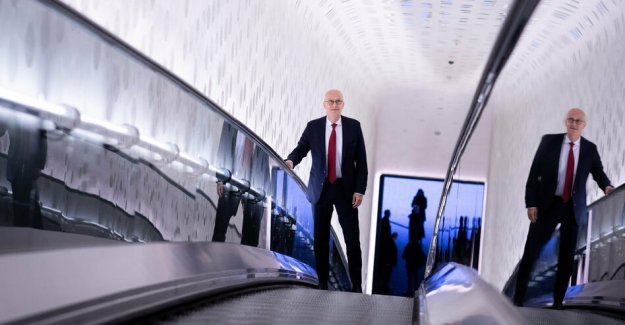 the Hamburg financial authority should have waived million recovery against a Bank. Olaf Scholz admits conversation with a Bank chief.

BERLIN taz | just before the state election next weekend, the Hamburg SPD sees itself faced with serious allegations. The financial authorities of the city-state had waived in the year 2016, in the so-called Cum-Ex-scandal of the Warburg Bank in illegal tax refunds in the amount of 47 million euros to reclaim. Thus, they barred this claim.

The set of documents, the weekly newspaper reported on Thursday, The time and the NDR magazine "Panorama" with reference to the control. The waiver of a further 140 million euros had been prevented in the years 2017 and 2019, only by the Intervention of the Federal Ministry of Finance.

Hamburg's Senator of Finance was, at the relevant time, today's First mayor, Peter Tschentscher, in the election on may 23. February departure for the SPD as the top candidate. Explosive is also the role of his predecessor in the office of the Hamburg mayor, the current Federal Finance Minister, Olaf Scholz. To have propriety in the year 2017, when a decision on a further repayment of 43 million Euro, with the Chairman of the Board of the Warburg Bank, Christian Olearius, met to talk about the case.

This is according to the time and "Panorama" from the diaries of Olearius, who were seized in the context of the investigations against the Bank and the media statements are available. In response to a request from the Left, the Hamburg Senate Chancellery had declared in November 2019, however, Scholz have held no talks with the Warburg Bank. Also with the Hamburg SPD Bundestag Deputy Johannes Kahrs has taken Olearius, according to the journal.

The Cum-Ex-scandal had defrauded banks and investors of the financial authorities, by they were a once only paid capital gains tax on several occasions to refund. In the view of the banks was not prohibited at the relevant time explicitly. The total damage for the state is estimated to be up to 55 billion euros.

The Green as the current coalition partner of the SPD practiced on Thursday with sharp criticism of the operations. "The latest findings to the Cum-Ex tax scandal in Hamburg are disturbing, and raise a lot of questions," said the top candidate Katharina Fegebank. You asked Tschentscher, a quick clarification.

For the Left, the Hamburg member of the Bundestag Fabio Di Masi said: "If the diaries of Warburg-banker Christian Olearius votes, has Olaf Scholz intervened as Hamburg's mayor in an ongoing investigation." He also criticised that the Senate have told the Left to, apparently, lie about the Meeting between Scholz and Olearius.

The Federal Ministry of Finance confirmed to the taz, meanwhile, that Scholz had taken in November 2017 with the Warburg-in-chief. Why the Senate Chancellery's all that was said, not, know, you a spokesman said.

The Senate was informed on enquiry, you consider the reply continues to be the case, because you have referred to your understanding only "on possible talks in the tax procedures of the Bank house", and that's why it was not passed in the call. Tschentscher said the Hamburger Morgenpost, he could not comment on the specific case, but there had been no political influence on decisions of financial management.

1 Ironically, Buffett's favorite: Kraft, Heinz disappointed... 2 Supermarket chain Real makes 30 stores sealing 3 Wirecard increases business pay more than one-third... 4 UN expert on climate as a reason for Flight: the right... 5 The rental price brake is extended, the tenant can... 6 Dax with rising prices and new Record highs in spite... 7 German economy grows at the end of the year, not even... 8 The dispute between the EU and Germany: nature conservation?... 9 What are the markets moves today 10 Munich offers the best opportunities for career