Economist about trump's trade war: for the United States is harmful

In the slugfest of the punitive duties relaxation on the horizon. Nevertheless, the Economist Sebastian Dullien does not expect an end to the conflict. Trump 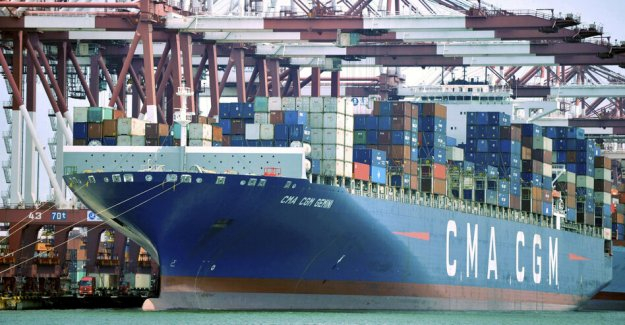 In the slugfest of the punitive duties relaxation on the horizon. Nevertheless, the Economist Sebastian Dullien does not expect an end to the conflict.

Trump Is a thorn in the eye: China's economic power, seen here at the port of Qingdao photo: Reuters

taz: Mr. Dullien, for almost two years, the trade raging dispute between China and the United States. On Wednesday, it should come to a preliminary agreement. With what result do you expect?

Sebastian Dullien: , I reckon that the two parties actually come to an agreement. Content is likely to be, among other things, a promise from China to buy more American agricultural products, as well as a promise of the USA, in the past few months, imposed punitive tariffs to take back.

the struggle Will be stopped really?

Not on a permanent basis. Behind the trade dispute trade deficit is more than just a superficial conflict to a few more US exports and a smaller US. At least a part of the Trump team is to delay the economic catching-up in China, so that China can not call out quickly, geopolitically, and militarily, the United States. This goal is for China to be unacceptable, so that the Trade dispute is likely to foreseeable leave – at least, when Donald Trump in the autumn to win the presidential election again.

That China's economy was, thanks to unfair trade practices so successful, not to criticize the least of many Europeans. Has Trump traded, possibly, right?

the Extent to which Trump has done the right thing, depends on what one considers the aim of his policy. The uncertainty caused by the trade conflict between the United States and China, has led to a noticeable weakening of the world economy. That was for the USA to be harmful. I do not think that the concessions received by Trump last from China, really outweigh these costs. When Donald Trump went, however, to keep the Chinese economy at a distance, he was at least temporarily successful: The trade conflict, China seems to have done more harm than the USA. China has used unfair trade practices, but against this could not have been less brutal means, such as the selective protection of individual sectors, to respond.

you Can draw an economic balance sheet?

The Chinese economy's export is significantly dependent on the U.S. economy and has been hit more, as you can see, the growth slowdown there. In the USA, some imports were more expensive, but the total economic damage was limited.

What impact could this have for the Europeans?

last but Not least, apart Donald Trump on German cars. This dispute seems to be at the moment only because China pushed into the Background. Now could up Trumps focus more on Germany.

is an Economics Professor at the Berlin Academy for technology and the economy.

How Europe should respond to Trump?

He looks after the concessions in China, but also Mexico confirmed in the renegotiation of the free trade agreement, Nafta, with threats and illegal punitive tariffs benefits for the United States to challenge the act. If you just accept it, there is a danger that Trump upgrades the application with new provocations. I would advise, therefore, Germany and the EU, to respond to WTO-illegal measures by the United States with a well-dosed retaliation. And otherwise, negotiated and try to de-escalate the conflict, but in no case easy to unreasonable demands to give in.

1 EU Commission minimum wage: 9,35 Euro are at risk... 2 Wall street and the coal: ÖkoRock? 3 Okay, thanks to Death Cleaning: clean up for the death... 4 Three constitutional actions against climate bill:... 5 Strategies for securing raw materials: one plus One... 6 Glyphosate in food: Four tons of honey for the garbage 7 Of the Leyens Green Deal: The EU Parliament is not... 8 Glyphosate in honey: poison from the comb 9 Scheuer before the Committee: Nice collateral benefit 10 The domain of the highly skilled: hundreds of thousands... 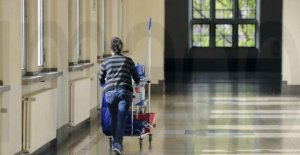