A regional power price model will strengthen for the German länder, the incentives, the expansion of the grid to advance. But there is a Problem. The grid exp 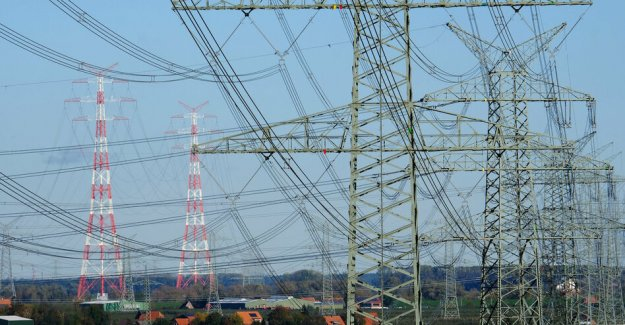 A regional power price model will strengthen for the German länder, the incentives, the expansion of the grid to advance. But there is a Problem.

The grid expansion is one of the controversial points of the energy transition photo: Reuters

KEEL dpa | The Economist Gabriel Felbermayr has brought a regional power price model for the acceleration of the energy transition into the game. "Up to now, there are for the German länder simply no economic incentive for the expansion of the grid to advance," said the President of the Institute for the world economy (IfW) in Kiel, the German press Agency.

The establishment of regional electricity exchanges could noticeably lead to lower prices for wind power to competitive. Currently it do economically for the South of Germany little sense to import green electricity from the wind, a strong North German coastal States, said Felbermayr.

The Germany-wide base price for electricity is determined at the Leipzig electricity exchange. Add to that the delivery costs (network charges).

"We have in the North, wind power in Abundance, and he is still not cheaper," said Felbermayr. Thanks to the network tariffs of the green electricity from Northern Germany is even more expensive. "Schleswig-Holstein, Germany is a Surplus country with a particularly high electricity price. This is grotesque.“ So the Income hit in lower prices, could materialize the policy, the price of Electricity on a regional level with the help of a North German power exchange.

in the opinion of Felbermayr, the Northern countries have "some catching up to do, the own interests" in this area to implement. "It is quite an Option, here's a bit of a muscular act, and to say: The North is not more to offer," said Felbermayr.

He acknowledged that a regional electricity price of the Constitution were legal hurdles in the way, since otherwise the principle of equal living conditions would disregard. In case of doubt, it is needed to let the state government on a constitutional challenge to arrive. Alone the threat, to establish a regional electricity price, but could "trigger a certain dynamic and result in a good negotiating position".

Felbermayr called for in view of the foreseeable increase in electricity demand in Germany E-mobility and digitisation, accelerating the build up of renewable energies. "We need power, and a high price of Electricity in Germany is becoming more and more a brakeman for competitiveness." The question is how much more wind power on Land in Germany is still possible. "Many areas in Germany are already with wind turbines, and the acceptance of the population for more equipment drops."

The Economist considers that it is sensible to focus more on imports of electricity, and refers to a Danish Offshore project, which will generate investment of about 30 billion euros to lake wind power for ten million households. "Of 3,000 Euro per household are not a gigantic sum, but Germany has not these Offshore areas." Therefore, the country must import natural gas, oil and coal even more clean electricity – for example wind power from the North sea.

switching from fossil fuels to renewable energy sources can succeed in the view of the Felbermayr only if the price increase for electricity and heat can reasonably be moderate. "To try to cope with the energy revolution only with a national effort, it can be at the end of the economically very expensive."

1 Not the end of the Bush fires in Australia: A new... 2 The wage dispute between Ufo and Lufthansa: No plane... 3 Figures from the Federal Statistical office: rail... 4 Mega-salaries, luxury cars: Complete the Bureau of... 5 Still open: Where are they now, Christmas shopping... 6 When you look at Greta's message closer, discovers... 7 Well, that was yesterday, stand for all: We will destroy... 8 Hartz-IV-cost for foreigners has increased significantly... 9 Euro 280 million, the total value of Deutsche Bank... 10 Rhetoric sharpening: What you will of Trump, and Merkel... 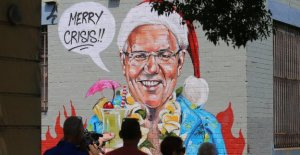 Not the end of the Bush fires in Australia: A new...