in the past year tons of by-catch was thrown back into the sea – although this is forbidden. The Federal government remains largely inactive. Once caught fish 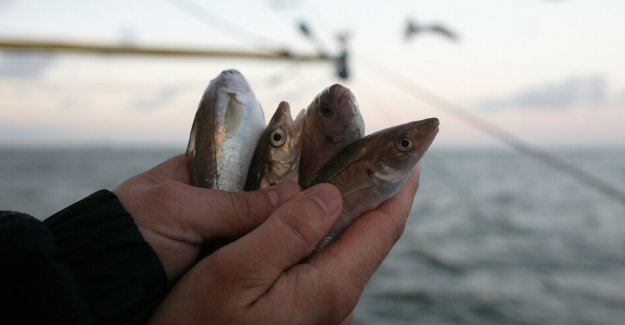 in the past year tons of by-catch was thrown back into the sea – although this is forbidden. The Federal government remains largely inactive.

Once caught fish are usually so damaged that it is forbidden to throw the discards into the sea photo: Reuters

HAMBURG taz | Unwanted catch to survive on Board to fishermen, but in the enforcement of this EU-wide ban, there is not enough. As the Federal government's answer to a request of the members of Parliament Steffi Lemke (Green) shows, also in 2018, tons of fish thrown overboard. They were either too small, or weren't supposed to be caught because fishermen already used up its quota, that is to say: to many fish had caught.

Lemke accuses the Grand coalition, to do enough to ensure that this environmentally disastrous wastefulness. "It is absurd that the Federal government has established six years after the entry into force of the European common fisheries policy is still no control systems for the Landing priority," says the Deputy. The objective of the common fisheries policy is to end Overfishing.

The landing bid is the flip side of the discard ban: All fish that end up in power must be brought to the country in order to gain a realistic picture of how many of a type were actually caught, and on the conditions set by the EU of the catches count. Because once caught fish are usually not damaged so that you survive the discards into the sea.

According to an estimate by the Federal government are gone in 2018, one-eighth of the cod caught by German vessels in the Baltic sea, back on Board. In a portion of fishing area for plaice in the Baltic sea, the unwanted by-catch was 85 per cent. In the North sea 35 to 40 percent of the flatfish were thrown illegally back, a total of nearly 800 tons.

The above Figures were calculated from samples of individual fishing trips is high. "In an average of less than 2 percent of the catches are sampled within a fishery," writes the Federal government. While inspectors watch on Board, which landed at the "last Pick" in fact, on the net. Over time, a slight Trend towards convergence of the real Last-Get-data in the logbooks of registered fishing data was"", - stated in the response to Lemke.

The samples and the data matching with logbook and landing controls are good but hardly any concrete violations of the ban on discards though. "In particular, it does not allow for the traditional monitoring methods, to provide court-proof evidence of the misconduct of the Individual," admits the Federal government.

"Four years after the introduction of the landing obligation, it says Stella Nemecky of the environmental Foundation WWF," however, still no control instrument to violations to prove and to punish more Seekontrollen as in 2015",." It requires that fishing vessels are monitored with Sensors and cameras to stop the illegal practice.

These devices do not have the "technical potential to provide court-usable evidence, while a milder, equally effective means is apparent," admits the Federal government. The fishermen will be a burden, but with additional costs and would not agree so easily with the data protection.

1 Barrieref rice rail journeys: the objective is hardly... 2 Supreme court ruling: Auto-owners call the driver... 3 This is the formula that determines the amount of... 4 A master is almost indispensable: Why artisans earn... 5 The overview shows that These private health insurance... 6 A millionaire with a six: Who benefits from the lottery... 7 New technology, new risks: How to car insurance of... 8 Health insurance members can save up to 574 euros... 9 Installment loan find and apply: This information... 10 Allianz lowers interest rates significantly, millions... 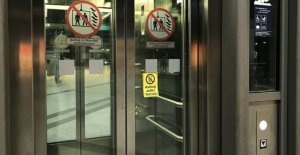