For the first time a Director at the DFG: popularity and integrity

Katja Becker took office as President of the German research Foundation. A Premiere: she is the first woman on this Post. The new DFG-Boss Katja Becker at the 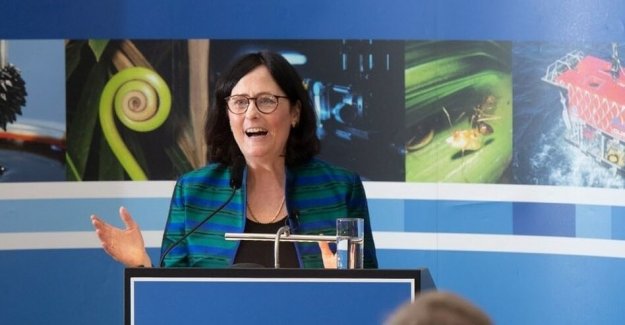 Katja Becker took office as President of the German research Foundation. A Premiere: she is the first woman on this Post.

With the particular theatrics of the new Head of the German research Foundation (DFG), Katja Becker starts, in her first year in office. In the framework of the campaign "DFG2020" is the Berlin-based theatre collective company of the head with a minibus to Germany tours to the population to bring in hands-on activities the "science" almost.

In this way, especially those to be achieved", so far only little to do with science in touch," said the DFG President in this week on the new year's reception of your Organisation in Berlin. "We want to convey the enthusiasm for the potential of science, but also its functioning and its limits explain."

The University of Giessen working biochemist and a medical Doctor was elected last year as the first woman to the top of Germany's largest research funding body. The DFG is distributed annually to 3.2 billion Euro of state funds for research in academic self-administration to more than 30,000 projects in the German universities. Becker, so far, DFG Vice-President, took over from the turn of the Year the Munich-based historian Peter strohschneider, after his seven years in office.

the new campaign is rolled out, the previous action series to academic freedom, which was limited last year on the area of the narrower science policy, now in the broad population. Under the Slogan "For the Knowledge to decide" is to be conveyed to the society of "value free science". Not disinterested-neutral, or even hostile to the citizens ' behavior on the science, but on the side of the researchers suggest.

"Unfortunately, the freedom of science, not more and not everywhere is, of course, although they die due to global challenges such as climate change, species, resource scarcity and population growth is becoming increasingly important," said Becker to the action.

The "Expedition", which takes place in the social media (#forthe knowledge), starts in April in Hamburg, other places, among other things, Bad münster Eifel, Zeche Zollverein in Essen and Sankt Peter-Ording are planned. Transparent capsules are the meeting place of citizens, researchers and artists; the Bus is mutated to the cinema, garnished with music and sound collages. The sample event in Berlin air balloons with lay people have been labeled questions: "Why is it snowing in Berlin?"

one hundred years Ago, in 1920, was the emergency Association of German science founded

a Key objective of the research is to convey not only in the usual way, the answers of science to the people, said theatre-maker Julia Dihl: "We go the other way, keep the ear to the country and ask how the relationship of the people to science." For the entire campaign, the DFG of a Million Euro.

Historical hanger is a jubilee. 100 years ago, in 1920, founded the notgemeinschaft der Deutschen Wissenschaft, to help the after the war, financially strapped research with the help of donations from the business sector on the legs. That is why the Stifterverband for German science has emerged. The DFG was founded formally a world war later, in 1949.

In her first speech as DFG President, Katja Becker found remarkable words to the past. "We must never forget that in the 30s and 40s of the last century to the so-called science-driven research funding were the national völkisches Think unumwundener racism and a Pathos of radical objectivity," said Becker. "It is a cold, people distant science grew and led by, the 'criminal human experiments' in the service of a fascist policy, but also of their own accord."

The "inhuman barbarity of the Nazis" was directed, in part, "science". For the present this did not mean that "science-driven research funding is only as good as the science an integer is, how we work as scientists in our integrity". Your is also? Twelve banks with minus interest rates...