Gas prices: why they rise (again) [Updated on August 30, 2021 at 07: 56] < / strong> The portfolio of the few million households that today depend on regulated gas tariffs is still challenged. After several months of rises, gas prices will rise once again next month, and this time again the bill promises to be particularly salty. Regulated gas tariffs will indeed increase by 8.7%, or 7.9% including VAT on September 1, announced the Commission de régulation de l'Energie (CRE). In detail, this increase is differentiated according to the nature of consumption : +,2.7% for cooking, +5.5% for dual use (cooking and hot water) and +9% for heating.  < / p >

"For the moment, this does not have too many consequences because people do not use too much gas, except for cooking, but in winter, the bills are likely to be painful," warns François Carlier, general delegate of the consumer association Consommation Logement Cadre de Vie (CLCV), to Ouest-France.  < / p > < p> This increase is attributed to the same factors as in previous months : the economic recovery has led to very strong demand, which is pushing up the price of gas on world prices. "This unprecedented increase is seen in all European and Asian countries. It is explained by the global economic recovery observed for several months and by the sharp increase in gas prices on the world market due to an exceptional context," details the CRE. Thus, since 1 January 2019, regulated sales rates for HV gas marketed by Engie have jumped by 15.8%, and by 16.7% since 1 January 2015. < / p> Regulated gas prices will disappear

Still dependent on regulated gas prices ? This price increase is not the only reason to look elsewhere ! Since the Energy and Climate Law adopted in 2019, regulated tariffs are gradually disappearing.  Engie has stopped marketing new contracts at regulated sales rates (TRV), since November 2019, < /strong> which means that you will soon change your contract. If you benefit from an Engie contract, do not panic. It remains valid until June 30, 2023. 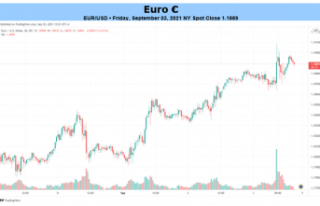