Inauguration of the Turkish Stream Pipeline as a geopolitical means

Putin and Erdoğan to take a new Russian-Turkish gas pipeline through the Black sea in operation. Not only an economic project. may 2018: A pipelayers happens 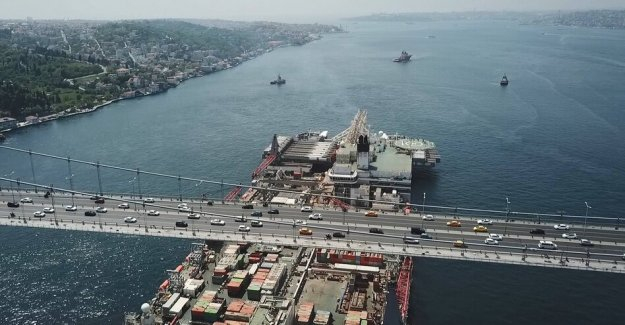 Putin and Erdoğan to take a new Russian-Turkish gas pipeline through the Black sea in operation. Not only an economic project.

may 2018: A pipelayers happens to the Bosphorus photo: Ali Aksoyer/DHA/imago

ISTANBUL taz | There is much Pomp and ceremony in the Istanbul Congress center: Russian President Vladimir Putin and his Turkish counterpart, Recep Tayyip Erdoğan celebrated on Wednesday the commissioning of the Turkish Stream. With this, the new gas pipeline inaugurate the Black sea: the Bulgarian Prime Minister, Boiko Borisov and Serbian President, Aleksandar Vucic, whose countries are also in the Pipeline are to be connected.

The Pipeline should transport 31.5 billion cubic meters of Gas per year. For comparison: the controversial Nord stream-2 Pipeline through the Baltic sea will provide 55 billion cubic meters. Also Turkish Stream is for Putin with both an economic as well as geopolitical project. From an economic point of view, the sale of Russian Gas to Turkey and beyond to South – Eastern Europe thereby greatly increased, and a lot of money into the coffers of Gazprom rinse. But even more important is the geopolitical aspect. Turkish Stream will work as well as Nord Stream 2 the Ukraine as a transit country and in the longer term, eliminating the need for.

There is already a gas pipeline through the Black sea – Blue Stream, which arrives in the East the Turkish coast of the black sea, and Ankara, as well as the Eastern part of Turkey to be supplied. The new Pipeline, the hits just to the West of Istanbul, on the Turkish mainland, will provide the Turkish capital and the West of the country. This Gas came so far over the Ukraine, Moldova, Romania and Bulgaria. The deliveries via Ukraine are unnecessary.

Even for Erdoğan, the Pipeline is both economically as well as politically important. It ensures the power supply of the most important Turkish centres of industry, reduced the price of Gas and secures the Turkey, in addition, transit fees for the forwarding to Bulgaria and Serbia.

rises As Turkey also serves as a transit country for gas transit from Azerbaijan to Europe, its strategic importance. "We will be on the international markets is essential," said energy Minister Fatih Dönmez proud of.

There is another aspect. In the case of the exploitation of gas reserves in the Eastern Mediterranean, Turkey is in a bitter dispute with Greece, Cyprus, Israel and Egypt. These countries want to exploit the significant Deposits under the sea, to the exclusion of Turkey, and have closed to it to a gas Alliance.

just a few days ago, Israeli Prime Minister Benjamin Netanyahu and his Greek colleague Kyriakos Mitsotakis in Athens have signed a contract, should be the construction of a Pipeline from the Israeli gas fields to Cyprus and from there via Crete to the Greek mainland sealed.

Erdoğan is trying to prevent this plan as long as Turkey and the Turkish Cypriots are not "properly involved", as he said several times. The new, Turk Stream called line is a means to do so, because Gas is much cheaper in southern Europe than the projected Israeli-Greek Pipeline will be possible.

in addition, Erdoğan has at the end of November last year with the Libyan government a Maritime-contract for a joint Libyan-Turkish "Exclusive economic zone" across the Eastern Mediterranean completed. This would, if it has stock, the construction of the Israeli-Greek Pipeline virtually impossible. Not least for these reasons, Erdoğan supports the current weak government in Libya and has begun to send soldiers to Tripoli.

in addition, the Turkish President has offered the Israelis still get their Gas from Cyprus, with a relatively short and inexpensive pipeline to Turkey in the existing gas grid to connect and transport the Israeli Gas quickly and cheaply to Europe. In view of these advantages of the Turkish Stream, the announced US sanctions are against the Pipeline for Erdoğan to be of secondary importance. 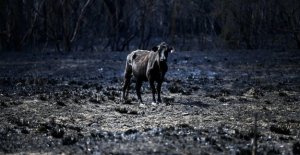