Dirk Andresen is involved in a disproportionately large agricultural companies. Nevertheless, he believes that for all the peasants speak. Of peasant leader h 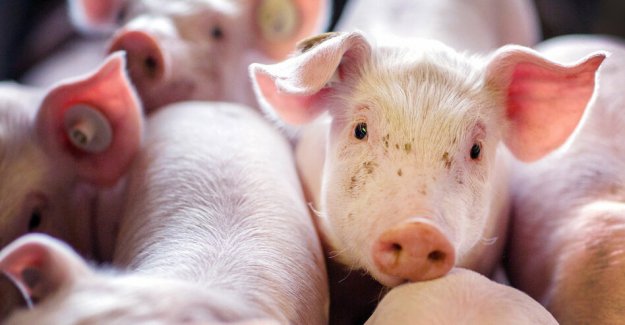 Dirk Andresen is involved in a disproportionately large agricultural companies. Nevertheless, he believes that for all the peasants speak.

BERLIN taz | of The best-known spokesman of the peasant protest movement, "breeding country Germany creates", Dirk Andresen, has a larger than average Sows. According to the supervisor, engineering office, construction design, Neubrandenburg, the facility was rebuilt of The in the West Pomeranian Siedenbollentin in the year 2008 for 1250 sows. This is more than 5 times as much as the average number of Sows in Germany, is according to the state Thünen agricultural research Institute, only 244 animals. The larger East German farms, increasingly supplanting mid-sized-farmers, especially in the West.

the agricultural area is large: The Andresen Siedenbollentin GmbH & co. KG received according to the Federal Agency for agriculture and nutrition in the year 2018, the direct payments from the EU for 1325 hectares. The Average farm in Germany, only around 60 acres.

Andresen did not want to inform the taz, how big is the plant in Mecklenburg-Western Pomerania. "This is the business of my father," said Andresen, the. Therefore, he did not know, for example, how many sows to be kept. It was "definitely not of 1,800 sows, tend to 1.500". He confirmed at least that the system is far from above average in size. On further questioning, he admitted that he is involved in the operation, which is also on the website of the "country connection" is.

On the question of whether Andresen can't speak for the average farmer, he replied that in East Germany the holdings for historical reasons, be larger: "The problems of the new länder should, of course, in the Land creates a connection." His Co-speaker, Bayer Sebastian Dickow, added: "We are for agriculture as a whole, and since larger farms belong to it."

"With the size of operation is connected to a particular interest", said Ulrich Jasper, Federal managing Director of the Arbeitsgemeinschaft bäuerliche Landwirtschaft to taz. If more farmers knew how big The operation is, would be many of him represented, he says.

thousands of farmers in the movement want to demonstrate on Friday against environmental regulations for your industry. Events with tractors would take place, for example, on the edge of the agricultural fair "Green week" in Berlin and in Bavaria, lower Saxony, Bremen, and Hesse, announced the organizers.

you turn to, especially against a draft of the Federal Department of agriculture, for a Reform of the fertiliser order. He should restrict the use of fertilizers containing nitrogen. Because of the potentially harmful nitrogen compound nitrate-impacted ground water from which most drinking water is obtained. In the environment too much fertilizer to the extinction of plants and animals contributes to the species as well as climate change.

of The average farmer but would not überdüngen even said Sebastian Dickow, spokesman for the movement, the taz. In the most recent nitrogen surface balances for Germany the University of Giessen had established, however, that the agriculture has led to their fields from 2008 to 2017 per hectare in an average of 77 pounds more of nitrogen fertilizer, as the plants have absorbed, and the trend: ascending.

"have not taken into account the decline in animal husbandry," argued Dickow. The Surplus is therefore lower. "This is complete nonsense," said the agricultural scientist Martin brook, Co-author of the Giessen study. "It's in there, of course." For the balance sheets data would be used by the Federal Statistical office, land use, yields, use of Mineral fertilizers and livestock. "The methodology is introduced, long-standing and tested," says Bach.

Bauer speaker Dickow added, the Surplus in the Giessen balance sheets contained in addition, nitrogen, which could not be washed out into the groundwater. "What is not at risk of leaching, in the air," wrote the Kiel agricultural Professor Friedhelm Taube, the taz. There, nitrogen-Compounds has impact on the climate, the precipitation takes you back into the ground. 30 to 40 percent of the area balance surplus ended up in the short term, in the leachate or in the medium term in the groundwater, dove. "Part of it goes in the air," said Bach. "In the longer term, to build in our arable or grassland soils no nitrogen reservoir on."

1 Glyphosate and the consequences: more lawsuits against... 2 Protest of farmers: Three rounds for village 3 First meeting of the Committee: The shipment with... 4 Co-Chairman of the coal Commission: large-scale conflict... 5 Record surplus in the Federal budget: Save power arm 6 Creating a Lucrative Online Business by Converting... 7 Hans in luck has new owners: So it goes now for a... 8 Beware of fraudulent SMS in name of DHL: This message... 9 Citizens have less confidence in pensions 10 Employees after termination sauer: I have watched... 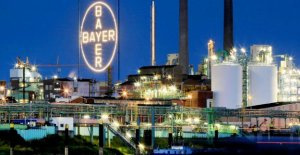 Glyphosate and the consequences: more lawsuits against...