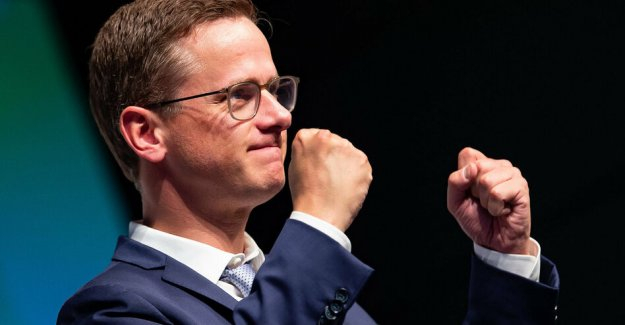 Carsten Linnemann at the Federal SME conference of the business Association of the CDU and CSU photo: Swen Pförtner/dpa

That Carsten Linnemann, the German environmental and climate policy is rather hostile, it is no big secret. Regularly the Chairman of the CDU SME Association and Vice-chief of the Union faction in the Bundestag, against the ranting of what he perceives as a "climate of political activism": The CO2 levy, he refused with reference to the economy, when it comes to wind energy, he is considered a staunch supporter of a controversial distance control, which would make the Expansion even further.

With the reality, have to do what the 42-year-old Westfalen often nothing – for example, when he explains to the climate protection: "It brings a lot of, when we go alone as a pioneer of progress", and no longer ignore the fact that Germany is in the EU's long been one of the climate policy pioneers.

With a current quote on transport policy highlights Linnemann, the refusal to face reality now, but to a whole new level. Compared to the German press Agency, he gave the SPD environment Minister, Svenja Schulze to blame the fact that the CO2 emissions decreased in the transport. "The Federal environment Ministry has supported the German environmental aid in their fight against the Diesel and out of a cheating scandal, an alleged diesel scandal made", says the Mittelstand-in-chief. And: "because the climate has already been completed at the end of diesel technology, under a General suspicion, to increase the CO2-emissions in the transport sector."

The statement that Diesel climate were more friendly than gasoline, is not wrong in principle, though. However, especially in the case of modern vehicles, their advantage in terms of CO2 emissions is reduced to a few percent. The low projection is also made easy thus to destroy that Diesel are often motorized stronger.

Completely absurd the first part of the quote is but. Because of not only the German environmental aid has played with many of its own Tests, a crucial role in the detection of the far-excessive nitrogen values for many diesel-powered vehicles, a "fight against the Diesel". But Linnemann speaks in all Seriousness of a "alleged diesel scandal", which was in truth a "fraud scandal".

Apparently, the CDU-man to the fact that the Public has a very short memory. So here is a reminder: The diesel scandal was not a singular fraud by the VW group. The excessive nitrogen oxide values for Diesel were all German and many foreign manufacturers. Official Tests by the Federal environmental Agency revealed in 2017, that Euro-5 Diesel instead of the allowable 180 milligrams of nitrogen oxide per kilometre, a whopping 906 Milli launching gram on average. With the more modern Euro 6 diesel engines, 507 milligrams of it – with a limit of 80 milligrams.

As a consequence, the manufacturer had to billion met numbers and millions of cars in the workshops call back to – with very limited Benefit for installing new Software. In Germany, the criminal investigation against 70 employees of the VW group, in the United States, two former managers were sentenced to more years in prison – because of environmental crime and conspiracy.

Even if the most modern diesel engines comply with the nitrogen oxide limit values finally: Who is speaking in view of the enormous amount of dirty vehicles, many of which are still on the road, from an "alleged" diesel scandal, makes himself of the fraud and the Manipulation of guilty.

1 Luisa Neubauer meets with Siemens chief: caution,... 2 Why Do Businesses Need Websites? 3 Million-Coup: Maschmeyer makes the fight against large... 4 Two years of a chest of drawers slain - Ikea pays... 5 Dax records within reach - investors to leave Iran,... 6 Your is also? Twelve banks with negative interest... 7 Be from ten euros to over 100,000 euros for the rest... 8 A little observation showed me: The end of cash is... 9 Chemical giant wants to improve the Image of: Sponsored... 10 Carmichael coal mine in Australia, coal is the business... 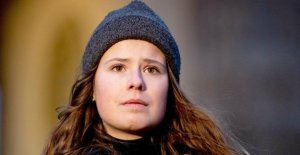