Lithium mining in Portugal: the Evil of the mines for the good game

Portugal want to come with the removal of its lithium supplies out of the crisis. That would destroy the landscape over a large area. For what? Under these hi 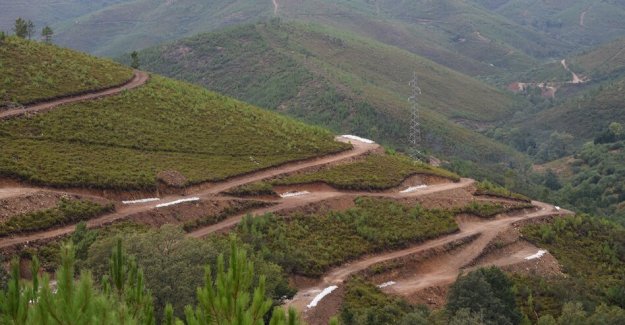 Portugal want to come with the removal of its lithium supplies out of the crisis. That would destroy the landscape over a large area. For what?

Under these hills in the North of Portugal, the Lithium photo: Francisco Leong/afp

MADRID taz | The government and the British mining company Savannah Resources is a lot of promise of millions of investment, tax wealth for the poor rural communities, hundreds of well-paid jobs and an end to the Exodus of the population from the structurally weak North of Portugal. However, all this has its price. Because the hills here are large Deposits of Lithium to be exploited over a huge open pit holes to hide. "You want to plow through the entire Region," says Jessica da Cruz, of the citizens removal initiative against the Lithium.

The metal is important for the mobility turn. 27 million tons of lithium-bearing Rock should be solely around the 260-souls-the-spot Covas do Barroso, close to the border with the Spanish Region of Galicia. The Region was first declared a year ago by the food and agriculture organization of the United Nations to the agricultural world heritage site.

Da Cruz grew up in France. Nevertheless, they considered the small village home. Your parents are one of those who "were looking for other than livestock and field Crops" and therefore emigrated. Now they live in a village. Da Cruz works in Paris as a lawyer, in Covas do Barroso you spend only your holidays. "But there is my family, my friends, everything that means something to me."

Even the nature in the whole of the Northern region intact, she says. "This is our capital. Sustainable tourism and agriculture gives us for all times to enough food. A Mine closes in ten years and leaves behind a destroyed landscape.“ The population was not clear, the promises of the authorities and the industry caught therefore. Dozens of 150-Meter-deep holes with a diameter of up to 600 meters, which destroy the landscape, wool, nobody here.

That the Mine creates jobs in the area, don't believe Da Cruz also. "The mining operators bring a part of their workforce, and the factory for the production of batteries for electric vehicles will now not be built." The background is supposed to be the lack of skilled workers. But in the citizens ' initiative, it is assumed that the metal is shipped to China and then there should be processed.

Around Covas do Barroso would remain the scars in the landscape, and the consequences of the highly toxic chemical process, the Lithium from the Rocks is solved. For a kilogram of the coveted metal must be washed up to a ton of Rock out. Portugal has, as studies show, the largest lithium deposits in Europe. Worldwide it is ranked sixth, behind Australia, Chile, China, Argentina, and Zimbabwe. To date, the removal will take place here in relatively small quantities for the ceramic industry.

This should change. Because the demand is growing worldwide constantly. Lithium is a component of batteries for all sorts of electronic devices, from Notebook to Smartphone, and especially of the batteries of E-cars. Already today, 56 percent of the sold lithium used in battery production. And the trend is rising.

2030 should, according to the plans of the European Union, at least 35 percent of newly registered passenger Cars and delivery vans with an electric motor. It is estimated that the lithium business could move in ten years, in Europe alone, up to 200 billion euros annually. However, the lithium-to-noise also carries its dangers. In the past year, the world market price dropped by 50 percent. The reason for this Oversupply due to new mines.

The socialist government of Prime Minister Antonio Costa in Lisbon, however, sees the great opportunity to lead the North-West European country out of the crisis. Costas is therefore fully behind the mining plans. "If we want to reduce CO2, Lithium is essential," explained Minister for the environment, João Pedro Matos Fernandes, also for the energy change in charge.

the aim was to build up around the mines a whole industry, to do Portugal with the leading supplier Nations for E-mobility. The government expects that only in the five regions with the largest lithium deposits of 3.3 billion euros is to be invested. In Covas do Barroso, it could be in the spring with the mining industry seriously. Because as soon as the environmental report is available, and if this turns out to be positive – may be coming from the excavator.

The people in Covas do Barroso are not the Only ones who are fighting back against the removal of the "white gold", as the media call it metal for a long time. A total of about 30 applications running on mineral licences from anywhere in the country. More than 3,600 square miles are affected.

The Problem is that Portugal is not China, or Chile. The lithium deposits are located somewhere in the middle of the desert, but in areas in which people live and are engaged in agriculture. As in Covas do Barroso. The local citizens ' initiative has closed, in the meantime, with a dozen other groups from other Portuguese regions.

In the affected villages, they take seriously the resistance. So, Protesters have denied the mining company access to private and community-owned land, as they wanted to carry out test drilling. In one of the affected places in Montalegre, close to Covas do Barroso, the boycott of the last parliamentary elections. "And we have distributed the relevant Secretary of state from the Ministry of environment, João Galamba, from the village, as he wanted to advertise the lithium removal," says Da Cruz.

landscape protection is Far from the only Argument of the mining opponents. The environmental organisation Quercus has created a study. The authors come to the conclusion that each of the Lithium would cause the mine per year and 1.79 million tons of the climate killer CO2. This, in turn, would mean that Portugal will miss the 2050 target of climate neutrality by a long shot.

1 Start-ups in the electro-mobility: it is a Hard way... 2 Air pollution Hotspot Sarajevo: Bosnians against dirty... 3 Plastic waste in China: Bye-bye, plastic Cutlery 4 Climate protests in and around Davos on foot over... 5 In-work poverty: Two, three, many Jobs 6 Criticism of the coal exit plan: government is in... 7 The world economic forum in Davos: Two climate extremes 8 Climate change and the growth paradigm: The crisis... 9 Tax dispute on Twitter for up-esque to be corrected... 10 Is a shame: millions of German figures, in the meantime,... 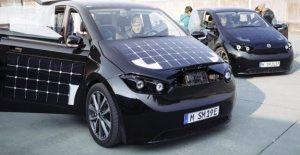 Start-ups in the electro-mobility: it is a Hard way...