Nuclear power plant Philippsburg to be set-aside: KKP2 has aired

The last reactor in Baden was shut down after 35 years of operation. He is survived 951 tonnes of leaves of heavy metal from spent fuel elements. last smoke s 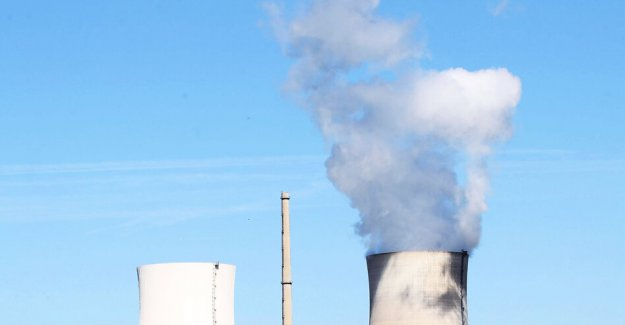 The last reactor in Baden was shut down after 35 years of operation. He is survived 951 tonnes of leaves of heavy metal from spent fuel elements.

On new year's eve shortly before 19 o'clock, he was adopted after 35 years of service in the retirement: the nuclear reactor Philippsburg 2 in the district of Karlsruhe, in the industry's short PPP 2 called. He was the last remaining reactor in Baden, and had worked since the shutdown of his colleagues PPPs 1 in the year of 2011, on location, always a little lonely.

Nevertheless, he departed voluntarily from the service. He had to go because of his work in Germany, only little acceptance, since the reactors in the Ukraine in 1986 and Japan in 2011, out-of-control were advised and in your environment significant radiation damage had caused.

PPP 2 had polarized the citizens. The one praised his hard work, because after all, he produced one-sixth of the current, the Baden-Württemberg consumed. On the other hand, significant safety deficiencies were known. In the year 2001, the regional press noted after continuous negligence of the operating crew of "17 years of Bungling in the NUCLEAR power plant".

The then Minister for the environment, Jürgen Trittin, even expressed "serious doubts as to the reliability of the operator". Greenpeace mocked (in the very Design of an image campaign of the Federal state of Baden-Württemberg): "We can do anything. Except for Nuclear power plants operate.“

nuclear power opponent yearned for the shutdown, therefore, and celebrated two days earlier at the site of a shut-down. Now, however, increasing the challenges for transmission system operators for the stability of the electricity system – electricity was in southern Germany, already often limited, differently than in the North. The Ländle, since decades, an electricity importing country, will generate in 2020, only around 70 percent of its electricity itself.

in terms of energy, lived the pressurized water reactor, PPP-2 big feet. Of the 375 billion kilowatt-hours, which he produced in his years of service in total, he needed about 5 per cent in itself, especially for pumps – what the industry is, however, quite common.

During the EnBW sent to the plant on the Rhine now is rather unspectacular in retirement, had adopted the Swiss in mill mountain shortly before Christmas, a reactor with a Fixed, on – with a video transmission of the last minutes of Operation from the control room, a huge marquee on the power plant site, and a large contingent of media that were broadcasting live the Press of the two shut-off buttons.

EnBW was less festive-minded, announced the exact switch-off time point, only eight days before the date. The company now expects ten to fifteen years will be needed to the nuclear clean-up legacies.

1 Germany's disastrous environmental record: Missed... 2 Uncomfortable prospects: millions of pensioners before... 3 The ECJ judgment makes it clear that the occupational... 4 Tough year for premium savers: Over 200,000 Sparkasse... 5 Fires in Australia: tourists get out of fire area 6 Natural disaster in Indonesia: dozens killed in Floods 7 Lack of environmental policy: smoke signals from the... 8 Consumer advocates in front of the VW comparison,... 9 Consumer advocates before the comparison, the compensation... 10 Cyber security at BMW: a Hacker from Vietnam in Germany

For the first time a Director at the DFG: popularity and integrity

Protests against the world economic forum: climate Protest in Davos

Track forms due to staffing more refugees to train drivers 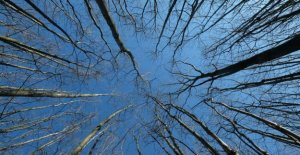