Prior to the Federal-state summit: No agreement in wind dispute

The negotiations for the further Expansion of wind turbines have failed: The Union insists on a minimum distance of 1,000 metres of residential homes. As with 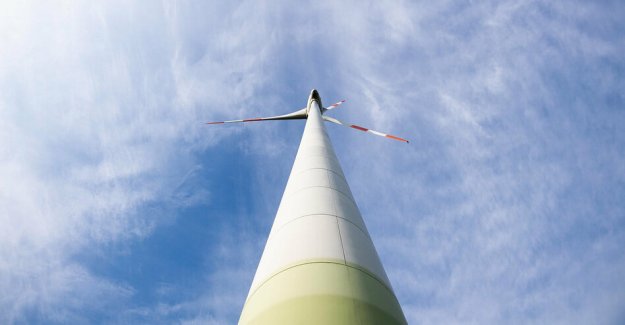 The negotiations for the further Expansion of wind turbines have failed: The Union insists on a minimum distance of 1,000 metres of residential homes.

As with Wind and Solar? The Grand coalition has gone still no answer photo: Julian stratenschulte/dpa

BERLIN dpa | the negotiations of The black-red coalition over a minimum distance of 1000 metres between wind turbines and residential houses on Wednesday evening without reaching an agreement. Talks led to no result, as the German press Agency learned on Wednesday night from coalition circles, the SPD left the negotiating table. The hopes are now on the meeting of the 16 Prime Ministers come together this Thursday in Berlin.

On the Union side of the SPD has been accused of a Blockade. The talks on the energy turnaround are so solid, it said. Now we must wait for the meeting of the Prime Minister on Thursday. Union and the SPD have been negotiating for months over a minimum distance of 1000 metres between wind turbines and residential homes as part of a package for a faster Expansion of renewable energies.

especially the Unions-the economic wing is pushing on a 1000-Meter distance from wind turbines to residential houses, in order to increase the acceptance for wind parks. These are often hotly debated. Controversial is also the question of how, exactly, an opening clause for countries should look like.

From SPD circles, it was late in the evening, you've made in the last round of Negotiations, that the great subject of the energy transition can only be mastered with the countries. For this, the countries needed the necessary room for manoeuvre. The proposal of Federal Minister Peter Altmaier (CDU), according to which the countries can decide specifically for the 1000-metre rule would have, were "a good basis" for the talks, but the Union suspended. Now you wait for the Meeting of the 16 Prime Minister this Thursday.

wind turbines and solar plants to replace for more climate protection, nuclear power and coal. Since one and a half years of Union and SPD are arguing about how to do this best. Especially the Expansion of wind power in the country comes to a standstill. There is often fierce resistance against wind turbines.

At the conference on Thursday, Federal and state governments want to decide is actually a joint paper to the energy transition. It should be, as the share of Renewable energies in electricity consumption by 2030, 65 per cent rise. Currently, he is a little more than 40 percent. So far, the long approval procedures will have to be accelerated. In addition, there is also the question of how electricity remains affordable and hydrogen can be used in the future to be broadly used. The time for an Expansion of renewable energies is of the essence, because nuclear and coal power plants are to go for the environmental - and climate protection in the coming years.

environmentalists and industry, as well as the trade unions and the energy industry had increased in unusual combinations, the pressure on the coalition. A broad Alliance of Chancellor Angela Merkel (CDU) and the 16 countries ' leaders called on to accelerate the green energy Expansion. Confederation of German trade unions (DGB), as well as several environmental and energy associations requested, to introduce no General rules for the spacing of wind turbines to residential houses. The funding cap for new solar installations must be gone, because the Eligibility threshold was nearly achieved, and investments and loans would be held back now.

In a further letter to the Union and the SPD in the Bundestag, among other things, the industry Association BDI, the energy trade Union IG BCE, corporations such as BASF and environmental associations such as WWF, which together account for more pace in the Expansion of Wind and solar power requested. SPD-energy politicians accused the CDU and the CSU, to make the lifting of the Solar-assisted cover to the Wind-gap, and thus, is Wind and solar energy compete against each other.

1 BMW development chief Cheerful to hear - the successor... 2 Bus and train to Corona times: are the public Transport... 3 After England's reduction in interest rates against... 4 Harmful nitrate in the water: Left-hand farmers against... 5 The ECJ has decided: If your flight is twice too late,... 6 278 gas stations for sale - OMV withdraws from Germany... 7 Altmaiers contacts to the wind power opponents: tea... 8 Product must not be used! Aldi-Süd returns to the... 9 RWE earned more with energy trading - share still... 10 Virus-the fear is now palpable: the railway is reporting...