criticism of Fridays for the Future of the Siemens stake at a coal mine in Australia is having an impact: The Siemens chief meets activist Neubauer. On Friday 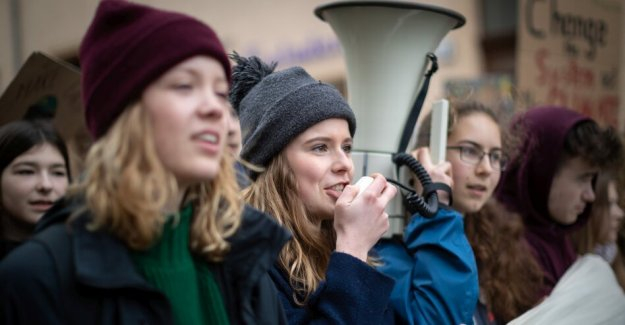 criticism of Fridays for the Future of the Siemens stake at a coal mine in Australia is having an impact: The Siemens chief meets activist Neubauer.

BERLIN taz | It only takes two clicks to address Siemens-Chef Joe Kaeser directly: "I have heard that Siemens will supply parts for the rail system of the Carmichael coal mine, the group's Adani", which is the E-Mail, you can send via the website of Fridays for Future (FFF) to Kaeser. "I'm shocked about the involvement of your group in the construction of this Mine and the related infrastructure!", it goes further.

Around 63,000 of these e-Mails have reached the Chairman of the Board, according to FFF this day. Siemens is planning to participate in the construction of the controversial Carmichael coal mine of the Indian group Adani in the Australian state of Queensland.

The contribution of Siemens, it is rather small: The group has entered into a contract for the supply of signalling equipment for a part of the railway route on which the coal from the Mine is to be transported the 200 kilometres of remote coast.

Now the DAX group is responding to the pressure of the climate activists: a spokesman Florian Martini refers to a Statement Kaesers: "the views and decisions, which could change or not," tweeted the head of the group, in December, that you are not yet decided whether to hold on to the project.

The Protest Siemens am positive, says Martini: "We are all on the same page and have the goal to combat climate change." Only the approach is different. Whether or not the company holding the contract with Adani festival, will decide "promptly".

"Timely" might mean today, Friday – and then wants to meet Kaeser in Berlin with the prominent Fridays spokeswoman Luisa Neubauer. He wanted to lead the dialogue and different perspectives on the project to listen to, says Martini. The arguments are already well known – which is why experts suggest, the Siemens chief wanted to proclaim to the public the end of the contract.

at the beginning of the week had invited Kaeser Neubauer. For FFF, that would be a huge success. "It is unacceptable when a group that prides itself in bringing progressive technologies, at the same time on the other side of the globe, one of the most destructive coal promotes projects of this century," says FFF-speaker Jacob Blasel.

The mail campaign stamped with the pupils on the last Sunday spontaneously out of the ground. A student had programmed the night the appropriate Tool, and on Monday the letter to Siemens on the Homepage made. Today, on Friday, the students want to protest, on the inside of more than 20 Siemens offices.

It is the first big action after several local groups have set up their weekly strikes. And for the first Time, that FFF protests are coordinated against a company. Blockages the speech is not yet. "If Siemens does not respond, however," says Blasel, "we reserve the right, in the campaign to expand."

1 Linnemann starts to alleged diesel scandal: a short... 2 Luisa Neubauer meets with Siemens chief: caution,... 3 Why Do Businesses Need Websites? 4 Million-Coup: Maschmeyer makes the fight against large... 5 Two years of a chest of drawers slain - Ikea pays... 6 Dax records within reach - investors to leave Iran,... 7 Your is also? Twelve banks with negative interest... 8 Be from ten euros to over 100,000 euros for the rest... 9 A little observation showed me: The end of cash is... 10 Chemical giant wants to improve the Image of: Sponsored... 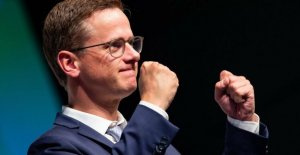